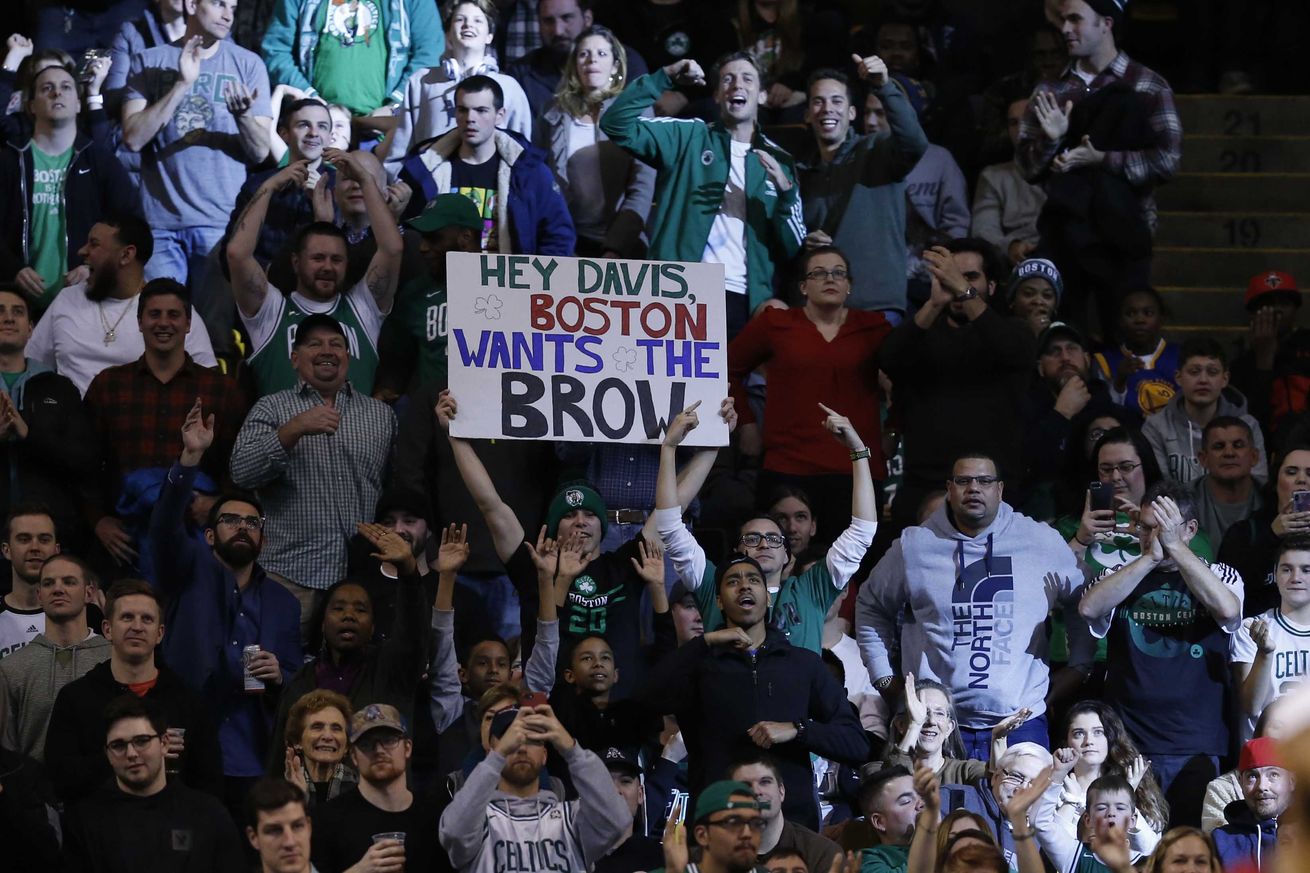 The timing was right. Then everything went wrong.

It had to be the Lakers.

It could not have gone any other way. Boston’s long-held dream of landing Davis felt as old as the name Pelicans. It died earlier this week. Rich Paul’s decree that Anthony Davis would not be a Celtic set that in stone as soon as it hit the press. That it was the Lakers who landed him was the ultimate salt in the wound. Even the world champion Raptors, of far greater tangible damage to the Celtics, would have hurt less.

Davis’ trade request in January would have been the perfect timing for a Celtics team brimming with assets and leaping into win-now mode. Unfortunately, Boston stood in a rare place of zero flexibility and stayed there. They desperately needed the shake-up Davis’ talent would have provided. Their package could have beat out anybody’s at the time but Kyrie Irving’s contract prevented them from trading for him.

Considering Irving’s impending departure, it’s easy to include him in a retrospective trade. Danny Ainge and company had to wait until the summer and hope Davis remained in New Orleans past the trade deadline. He did. Then Boston’s fortunes sank so low that they reached a place where they could not reasonably risk him as a one-year rental. In a vicious cycle, their inability to acquire Davis before likely cost them Irving now and that subsequently cost them Davis now.

As Steve Bulpett reported, Ainge’s ability to offer for Davis this week was limited by the unlikely prospect that Irving returns. The Celtics would have acquired a superstar, stripped the talent around him and lost him after one season.

Ainge accordingly held Jayson Tatum off the trade table. Boston managed to push Los Angeles enough — following the Lakers 2.0 debacle — to offer one of the largest hauls in NBA history. Los Angeles gave David Griffin Lonzo Ball, Brandon Ingram, the No. 4 overall pick in this draft and possible selections through the 2025 season.

Boston may be able to take some solace in the price that Rob Pelinka paid. Without Davis, they have no tangible victory though.

He’ll wear a Lakers jersey like Kareem Abdul-Jabbar, Wilt Chamberlain, and Shaquille O’Neal before him. As the prototypical superstar at the modern big man position, he can put himself in that echelon of players. James and him have a chance to win the title to justify that. Especially since they’re in a conference with no Kevin Durant and Klay Thompson next season.

His efforts will go toward tying Boston for the most championships in NBA history.

This past week — while the Warriors dynasty faded — the window the Celtics lined up to jump through closed and another opened wide in Los Angeles. It’s unclear if the Lakers will grasp that opportunity after a year of complete dysfunction that spilled into the summer’s coaching search. For the Celtics, it won’t matter. Their exclusion from this race is independent of Los Angeles’ success.

The sheer coolness of seeing Davis play every night in Boston is the greatest loss. This is a player as dominant on defense in his prime while adding a mid-range shot, a three-pointer and perfectly adapting to the modern game. He packed pounds of muscle on after exiting Kentucky a skinny teenager. His shot-blocking menace is paired with ball-handling ability and one of the best pairs of hands for catching lobs in the game today.

He’s modern day Kevin Garnett. This is one of the most entertaining talents to watch in today’s game and he’ll now cement his legacy on the other side of the game’s greatest rivalry. Tragic.

That is not to forecast the Celtics’ demise either. It will be difficult for them to fall from where they were. They were never in contention.

Tatum’s dunk on LeBron and the near 2018 NBA Finals appearance taught us that a return to that place is never guaranteed. The positive: exceeding expectations is not beyond the grasp of a group that will almost certainly embrace a youth movement now.

Ainge’s insistence to keep Irving and try to trade for Davis against the grain made sense given what is needed to compete for championships. He also realized the time arrived to capitalize on assets. He remains at work to trade picks in next week’s draft. Al Horford has perhaps his final career decision in store on Tuesday. The succession of news that will give us clarity on how good the Celtics can possibly be next year will pile up quickly from here.

All we know now is that Davis will never wear a Celtics uniform.