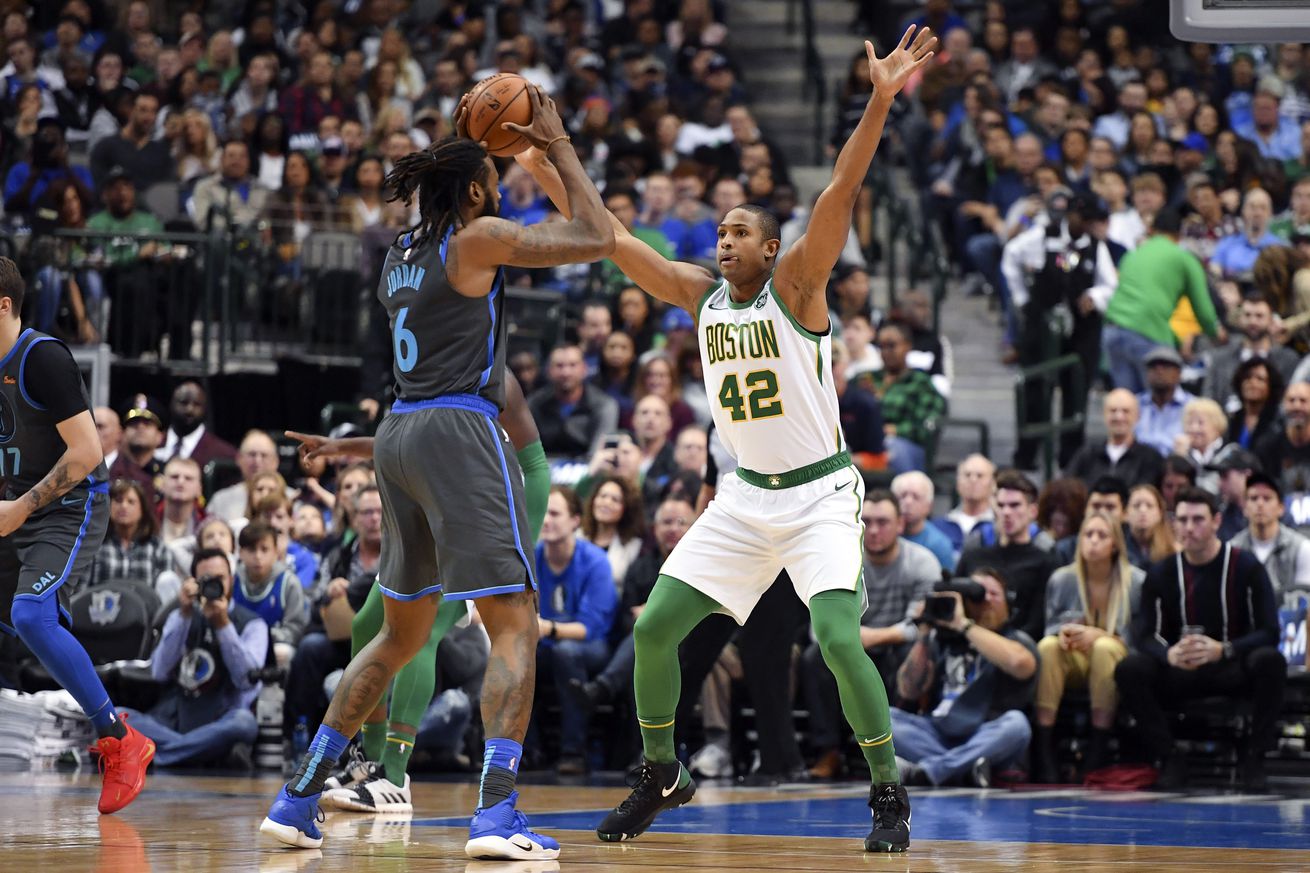 Horford reportedly looking elsewhere this summer after 3 years with the Celtics.

The Utah Jazz traded for Mike Conley Jr. today. What does that have to do with Boston? Not much, but in writing about it, The Ringer’s Kevin O’Connor dropped a very interesting nugget on Al Horford, who reportedly stopped negotiating with Boston in favor of desiring a new deal with a new team this summer:

The Jazz needed to keep up, as teams in the West are looking to bolster their rosters. The Mavericks are considered favorites to land Celtics free-agent big man Al Horford, according to league sources, and the two Los Angeles teams are said to also have interest, though they both have their sights set on bigger fish like Kawhi Leonard.

There are two really interesting points here. Obviously, there’s the main point of interest that the Dallas Mavericks are frontrunners to sign Horford. They just sent Dirk Nowitzki off into the sunset of retirement, so they’ll be looking for a center to pair with their newest acquisition, Kristaps Porzingis and the leader in the Rookie of the Year race, Luka Dončić. The Mavericks finished 14th in the Western Conference with a 33-49 record last year.

Horford wants long-term stability, sure. I can’t imagine seeing him leave the Boston Celtics to be a basement dweller in the West. Sure, the Mavericks will improve next year, but lots of non-playoff teams are poised to make a jump, including (obviously) the Los Angeles Lakers, who also have interest in Horford. If Horford’s really looking for around $20 million a year for 4 years, the Lakers can offer that.

Would Horford really go to the Lakers, Boston’s biggest rival? Maybe. Rajon Rondo did it. At the end of the day, these guys will do what’s best for their career, especially to fit their own needs. There is one option, however, that allows Horford to do that without making Celtics fans projectile vomit: the Los Angeles Clippers.

O’Connor mentioned that both L.A. teams are interested, but Kawhi Leonard will be the primary focus. If Horford does indeed leave Boston, I don’t think anyone would be mad at him for shooting for a ring and getting in the Lakers’ way with Kawhi Leonard and the Clippers. If I was ranking ideal situations for a Horford departure, him getting to move his family to L.A., not playing for the Lakers and competing for a championship with a top-3 player would be high up there.

It’s only July 19th. We still have 11 days to go until free agency can really open up and things can happen for real. Until then, try to keep your sanity and stay plugged.