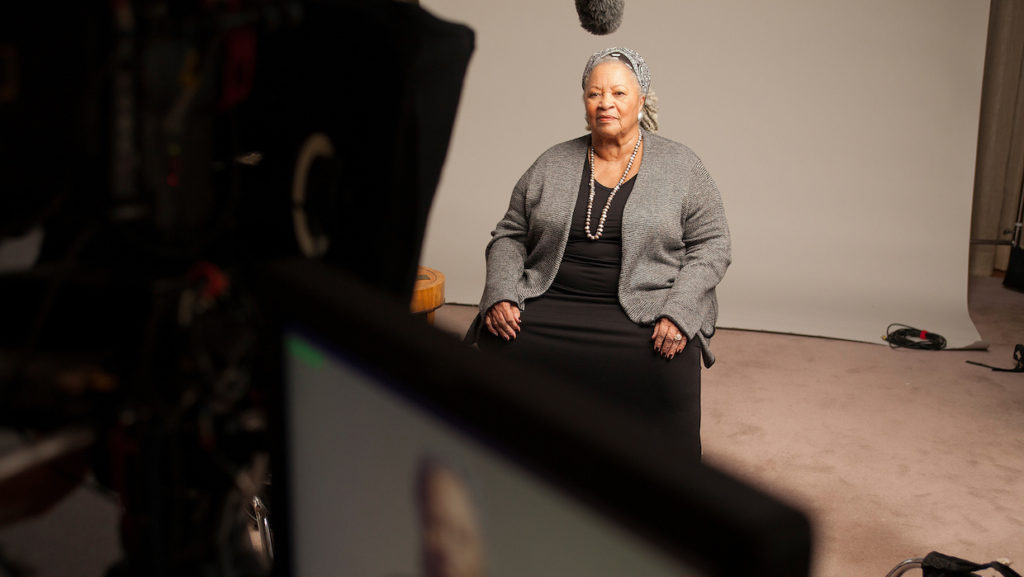 A film chronicling Toni Morrison’s attraction to the revolutionary power of words, as well as her joy for writing from the black experience and for a black audience.

With a static shot in view of images being collaged atop one another, this film begins. We hear the words of Morrison:

She is a friend of my mind. She gather me, man, The pieces I am, she gather them and give them back to me in all the right order. It’s all good you know, when you got a friend of your mind.

What, you might ask, does it mean for one to be a friend of your mind? This documentary answers that question through testimonies from Morrison’s readers, and entices us to find the friends of our own. 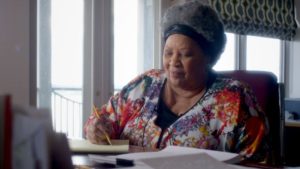 In Toni Morrison: The Pieces I Am, we are invited into the home and company of one of the greatest American writers of all time. With the comforting view of the lake outside of her house, we hear stories of her life, from youth to present-day in regards to her relationship with words.

As Morrison relishes in retelling her stories of her life, readers of her work explain the impact she has had on their lives and the joy and pain associated with reading her work.

Morrison’s fiction was some of the first written that focused and centered upon the Black American experience. This perspective is of particular importance to the work, and highly valued by Morrison and her readers. Before hers, most major books, fiction and nonfiction, were written about white characters, and even more were written for a white audience.

Morrison wanted to write books that told stories from her community and for her community, and these interviews reveal why.

Morrison’s grandfather was a sharecropper in the southern United States. When she was coming, he would brag about having read the Bible five times. One day she found out that it had been illegal for her grandfather to know how to read: not just illegal for him to read, but even for him to know how. The fact that he could and did read was a transgressive act for which he could have been thrown in jail. As a girl, this was a clue to Morrison of the power and weight of words. This was one of several experiences that led her to her prolific and involved career in literature.

These moments sparked an early appreciation of writing, which led her to become an editor at a publishing house where she was noticed and lauded for her own writing. She raised two sons on her own while working full time as a writer and editor.

She edited books by authors such as Muhammad Ali, Angela Davis, and Huey Newton, among others. She has written eleven published novels, along with various works of children’s literature, short fiction pieces, plays, and nonfiction, and continues to write each day, early in the morning.

This film portrays Morrison throughout her life: a collage of interviews with literal and metaphorical b-roll, as any other documentary is. But what is at the heart of this documentary is the work, which speaks for itself, and which we should all read, as Toni has certainly written enough to go around.

What makes this film different from other documentaries is the content which is discussed. Toni Morrison’s writing is intense, and deals with almost unspeakable pain and loss, and because of her masterful way with words, her readers are directly confronted by the emotions of the characters. The turmoil and agony; the elation and ecstasy; and everything in between. 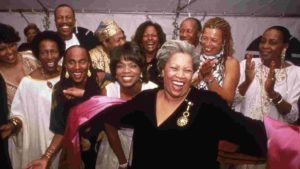 Oprah puts it in words, saying the Morrison “comforts you; consoles you; and allows you to know that pain is okay.”

Columbia University professor Farah Griffin says of reading Morrison’s work as a young black girl: “It showed me the magic of my own world that I didn’t see, and after reading her it was hard to see my own world in the same way.”

Fellow novelist Russell Banks discusses Morrison’s work in regard to the effect imparted on the audience: “No other art form allows us to enter, and thereby dignify, the inner life of another human being so thoroughly.”

And Morrison, in regard to her readers’ desire for her to win the Nobel Prize for Literature: “I write out of the culture, fans everyone does, for it, through it, and I am in it. So a portion of that culture said to me: Amen.” 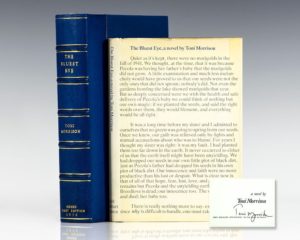 This film explains the stories surrounding the work of Toni Morrison. What her work means to her readers, to her peers, and to herself. In the interviews in the film, we hear of the intimate relationship Morrison has had to her characters.

If someone is a friend of your mind, you may not see them or spend time together, but they know you. They care for you, as you do them, even without being physically present. Toni Morrison is a friend of the minds of many, as her characters are for her. This film implores us viewers to turn the page to seek out our own.

Toni Morrison: The Pieces I Am
2019
dir. Timothy Greenfield-Sanders
119 min