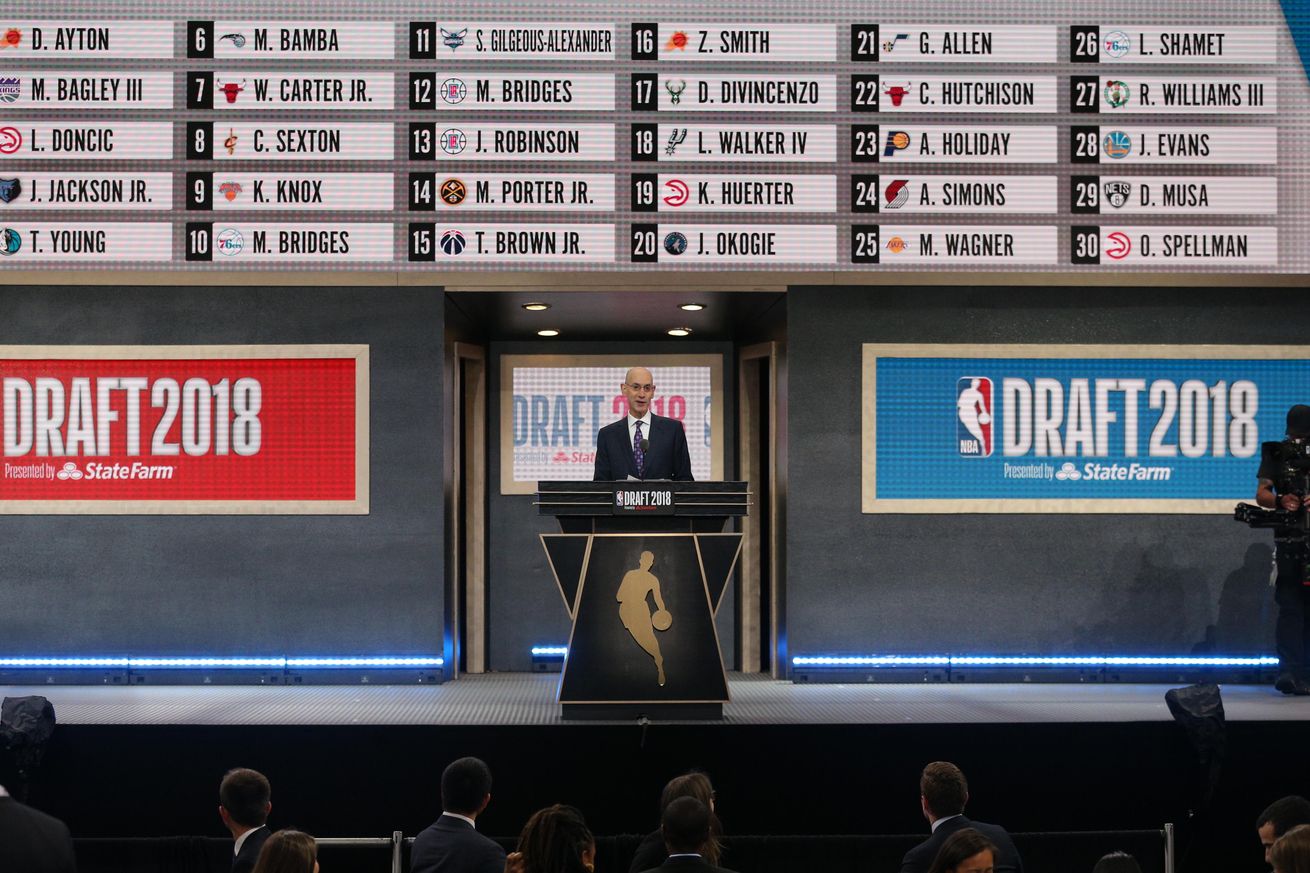 Follow the draft live as it unfolds on CelticsBlog.

Draft Day 2019 has arrived and the Boston Celtics hold three 1st Round Picks and a single second round pick. Boston ran workouts for over 100 hopeful young prospects in the last few months and will select at number 14, 20, 22 and 51 this year. With a tumultuous free agency period looming and the impending departure of both Al Horford and Kyrie Irving, it will be interesting to see if any trades eventuate as earlier today, a report surfaced that Aron Baynes might be on the move.

With several holes to fill on the team, Boston will likely bring a few rookies in to round out a very thin roster and re-tool for the 2019-2020 season. If you are at loose end coming into tonight check out the excellent Draft philosophies article by Max Carlin of CelticsBlog who sums up the prospects:

“I still haven’t decided if this draft is good or bad. What I can say is that it’s very low on star talent and very high on rotation talent. I expect the 2019 Draft to produce a lot of good players between picks 2 and roughly 45, some of whom will likely hit at least fringe star outcomes, but the odds of more than one true superstar emerging from this class seem low.” – Max Carlin, CelticsBlog

Current mock drafts from a variety of outlets indicate very little consensus on whom the Celtics are likely to pick in the number 14 slot. If Danny Ainge can’t find value at 14, he may opt to move out of that position if he finds a willing trade partner. Teams currently without a 1st Round Pick include the Dallas Mavericks, Denver Nuggets, Houston Rockets, LA Clippers, Sacramento Kings and the recent 2019 NBA champion Toronto Raptors. With the mocks all done for another year, it is time for the real deal.

CelticsBlog has you covered with analysis of the picks and breaking news as it happens, so join us and post your draft day reactions.