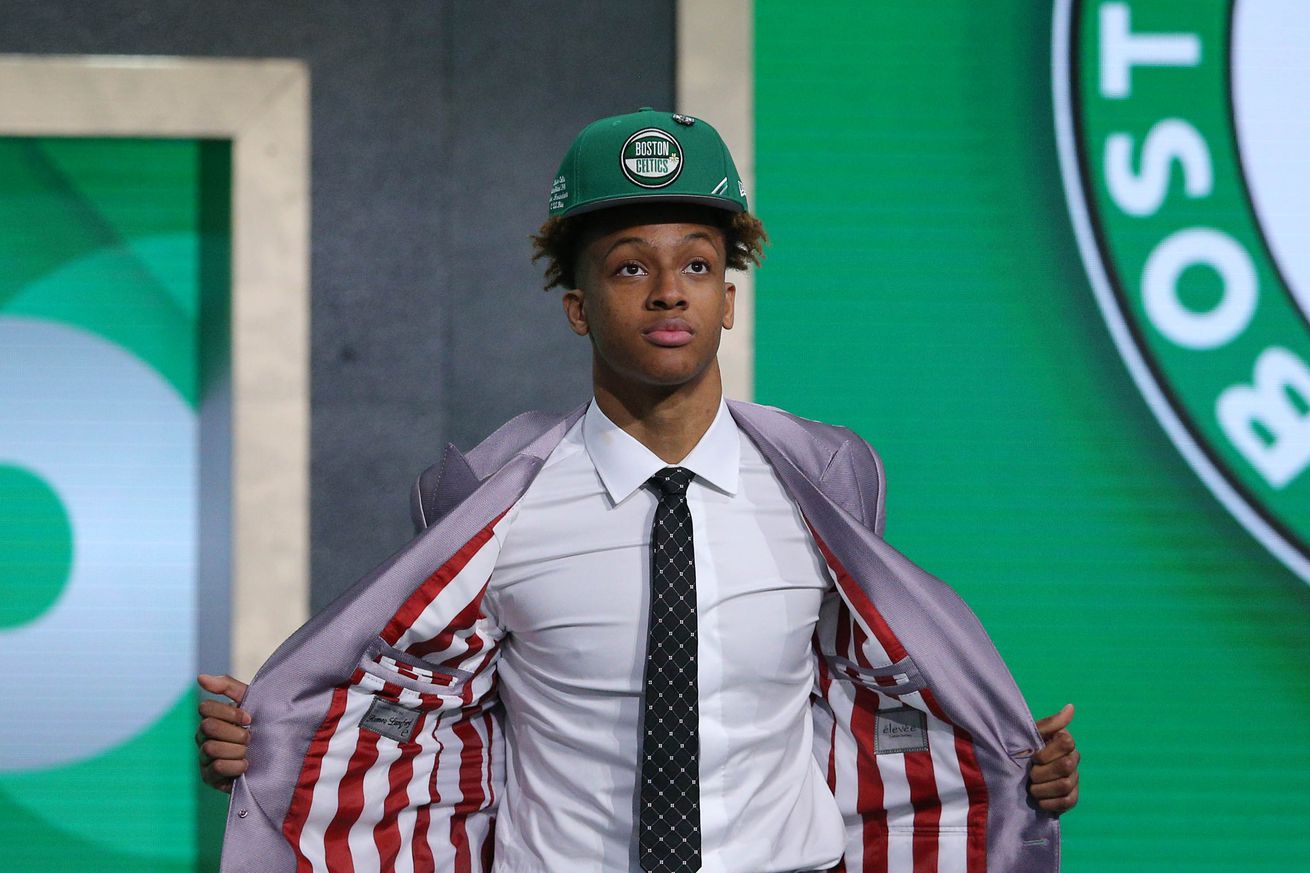 It wasn’t smooth sailing for Langford and the Hoosiers last year, but the newest young Celtic is better because of it.

Romeo Langford’s freshman season at Indiana didn’t go the way he probably wanted it to.

The first of the Celtics’ two first round picks in Thursday’s draft experienced all sorts of highs and lows while navigating through his one and only year in Bloomington, both personally and on a team level. After suffering a torn right thumb ligament during a November practice, Langford opted to play through the pain rather than sit out the rest of the season. Given that the injury was to the thumb on his shooting hand, his percentages, particularly from 3, suffered for it.

“I feel like it did affect it in a lot of ways,” Langford told CelticsBlog. “That’s the main thing I’m focused on once I get back from the surgery, being able to shoot and just focus on my jump shot because I think that will open up my game and be a big asset to help the team.”

Langford was also molded by the Hoosiers’ troubles with consistency. Indiana began the year with a 12-2 record that included a seven-game winning streak but quickly fell behind by losing its next seven games. Following a win over Michigan State that snapped the skid, the team went on to drop its next five games to leave them with an ugly 13-14 record. After winning their last four regular season games, the Hoosiers bowed out in the first round of the Big 10 tournament.

“I feel like my time at Indiana and the experiences I went through helped me out tremendously,” Langford said. “Just to go through that without even being in the NBA. In the NBA it’s inevitable; you’re going to win games but there will be times when you go through a losing streak, maybe, and you have to know how to react and how to come back out of that. I feel like I learned that from going through it with Indiana last year.”

Despite the roller coaster season, the Celtics are very excited to have him. Brad Stevens noted that, yes, he will need to work on his shooting, but it isn’t nearly as bad as it seemed last year. Having not been able to work out for Boston, or any team for that matter, it was Langford’s decorated high school career that helped shape the organization’s overall opinion of him.

“I think Romeo’s a really versatile, good player,” Stevens said during a brief press conference at the Celtics’ practice facility. “He’s been a good player for a long time. A guy that as far as state of Indiana high school basketball was probably as followed as anybody in the last 15 years. He obviously had an incredible high school career, had a really good start to his college career, tore some ligaments in his thumb, played through it most of the year, and can do a lot of things with the basketball. He’s been well coached and a guy we think has a lot of things that translate.”

When healthy, Langford has shown he can do a little bit of everything. He averaged 16.5 points, 5.4 rebounds, 2.3 assists, 0.8 steals and 0.8 blocks over 34.1 minutes per game last season. He has a solid feel for creating for others, though he could stand to take care of the ball a little better (2.1 turnovers per game), and his toughness should endear him to Celtics fans. At 6’6” and 215 pounds, he isn’t afraid to put his head down and attack the rim (6.1 free throw attempts per game). It’s a part of his game that should allow him to remain effective until the jumper comes.

“I just think from years of watching me play, and also my time at Indiana, they just saw that I could be a real good player long term in the NBA,” Langford said. “And also, just being so versatile at my position. My length and size allow me to play multiple positions. My character and just being a team player and a guy that guys enjoy being around and helping my team win.”

Langford is eager to get started and he’ll slowly but surely begin to ramp things up this summer.

“I just recently got back to shooting and dribbling with my right hand, but I’m going through rehab and therapy and I just have to wait for the doctor to clear me … When I get (to Boston), I just want to be a sponge. I want to get all the knowledge I can to prepare me for the season.”