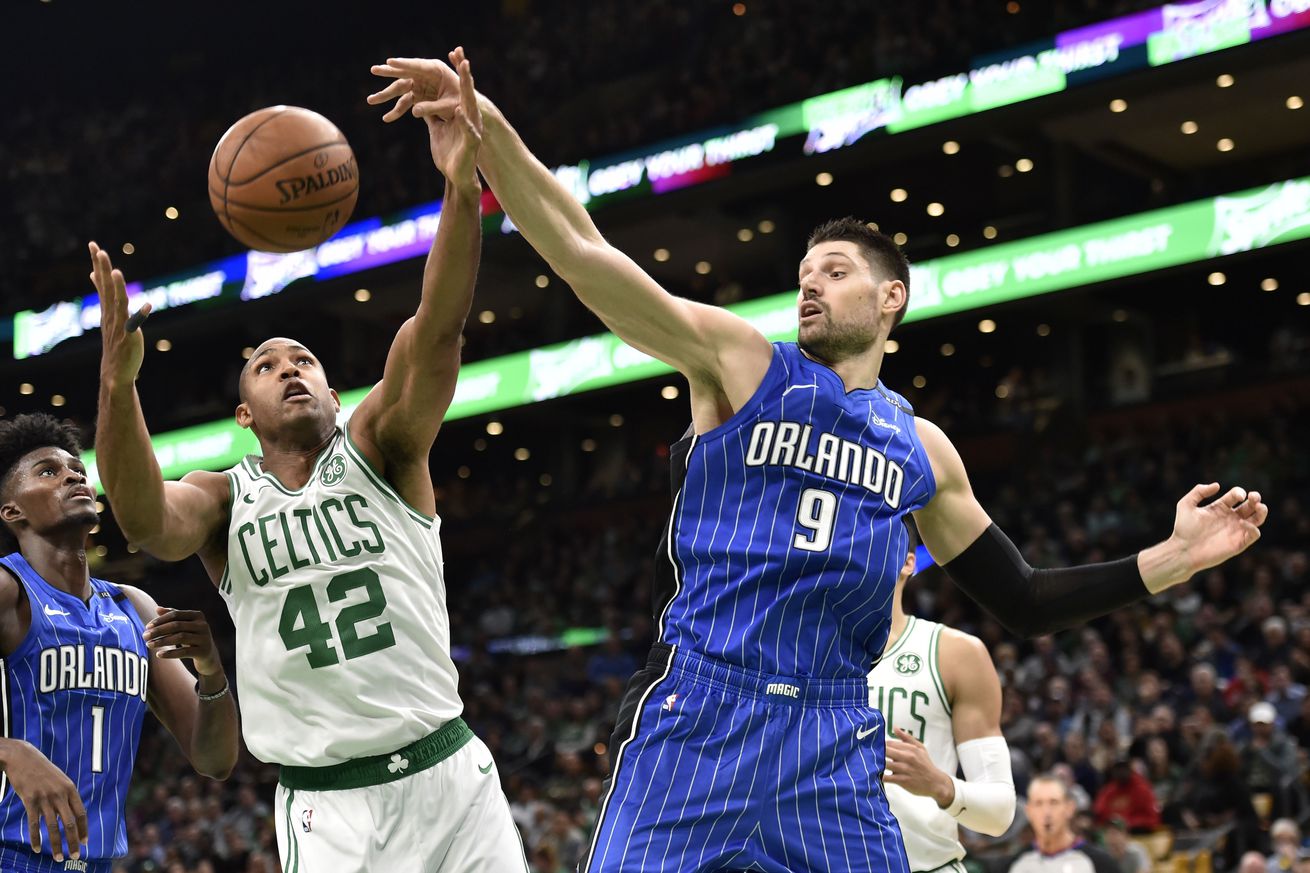 With the potential departures of Kyrie Irving and Al Horford, Boston looks to re-tool with a possible

After trading Aron Baynes to the Phoenix Suns and kicking the can down the road on one of their first round picks tonight, the Celtics could open up roughly $35M in cap space. During Draft Night’s media availability, managing partner Wyc Grousbeck said that Boston was “building or retooling” and “starting with a core of Marcus Smart, Gordon Hayward, Jaylen Brown, and Jayson Tatum.”

Grousbeck did not rule out Kyrie Irving or Al Horford returning, but if the team does turn to outside free agents, ESPN’s Adrian Wojnarowski and The Athletic’s Shams Charania are both reporting that Nikola Vucevic could be a front court option for the Celtics:

After drafting Romeo Langford and trading away Aron Baynes, the Celtics are in for a busy summer. Live from the Barclays Center, our @ShamsCharania has the latest on Boston’s plans, including their interest in Nikola Vucevic. pic.twitter.com/cutfL9Ku4j

Let’s put a pin in Shams’ report that the Celtics are also prioritizing the restricted free agency of Terry Rozier for a moment.

As of now, the Celtics could offer Vucevic more money, but we’re still ten days away from free agency and there’s a lot to be sorted out until then. While losing Irving and Horford would gut the team of talent, Vucevic is no slouch.

Vuc was a first time All-Star for the Magic last season and the biggest reason Orlando made the playoffs for the first time in seven years. He averaged nearly 21 points, 12 rebounds, and 4 assists in pin stripes. He’ll be 29-years-old next season and just entering his prime. He may not be the glitzy free agent signing that will make headlines during this summer’s free agency, but he’s a solid young big that fits in nicely into Boston’s potential youth movement.