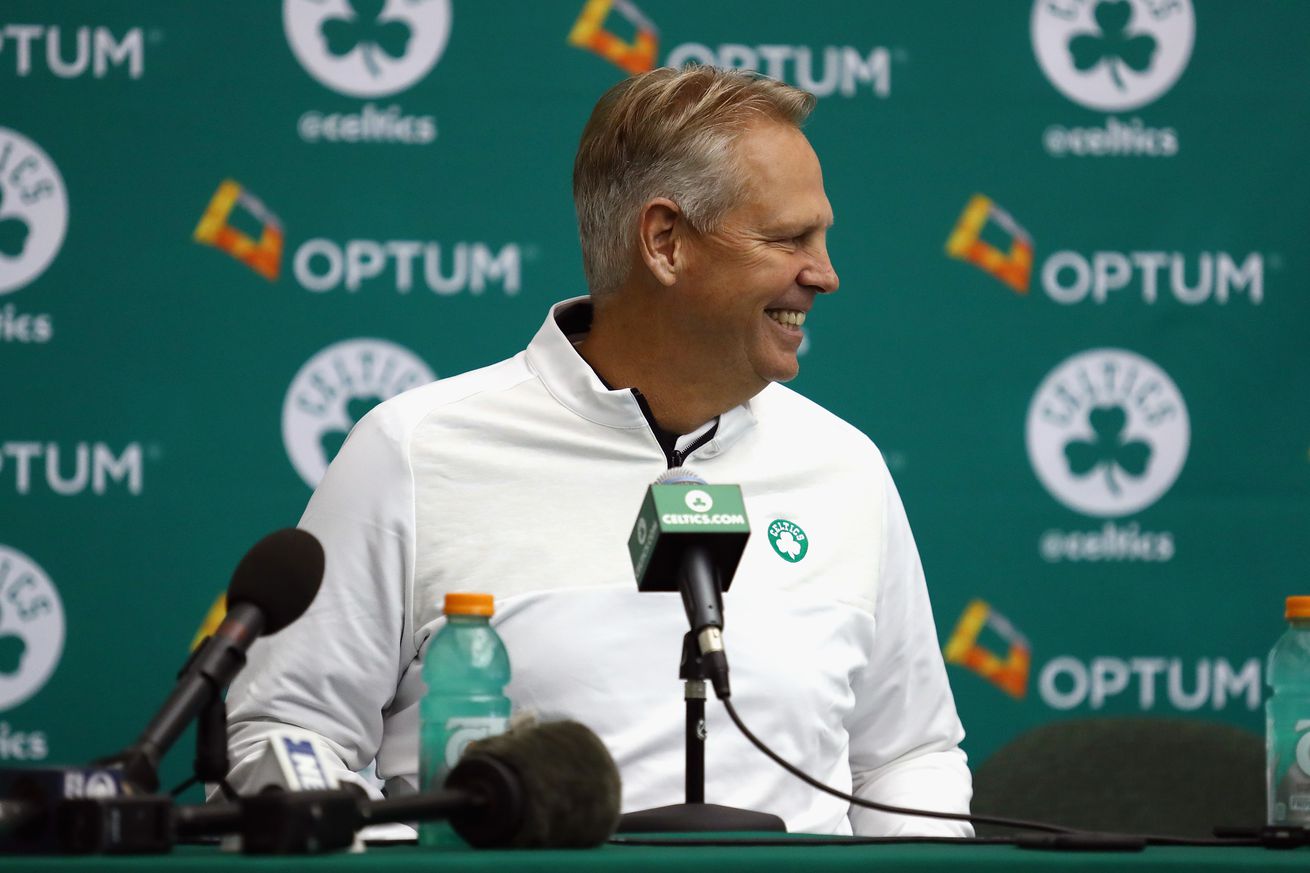 The Celtics cleared cap space, acquired assets and even sent a beloved player packing. Are they back to square one?

For a Celtics team that piled assets to the sky starting in 2013 only to watch it all fall apart this season, Thursday’s NBA Draft appeared to be a return back to square one.

Danny Ainge stuck to his guns in the war room. He cleared cap space by flipping Aron Baynes to the Phoenix Suns for cap relief and a 2020 Bucks first-round pick. Boston selected two gritty, athletic prospects with shooting concerns in Romeo Langford and Grant Williams. These were moves that looked a lot like transactions made early in the rebuild. After two conference finals and a disappointing end to this season, are the Celtics starting over again?

“Maybe the players and the names on the jerseys change,” Ainge said. “But the approach is the same.”

He said Boston focused on competitiveness and leadership, “everyone is leading somebody, the right way or the wrong way.” While he couldn’t comment on potential deals, impending departures, and cap space ahead of June 30th, his candor reflected that of a organization content with what already been done.

“We’re going to be a competitive team again.”

Ainge caught criticism this past week after the rival Lakers’ acquired Anthony Davis, a player Ainge had coveted and spent years planning on getting. Mix in reports that Kyrie Irving and Al Horford will depart in free agency and a house of assets built for an addition has finally collapsed. Boston made four picks in Thursday’s draft, but hardly chose a clear direction, particularly a path to a championship.

Bobby Marks reported that Ainge’s decision to forgo the 24th pick — acquired from Philadelphia earlier — and trading Aron Baynes opened up $25.8 million in cap. If the Celtics renounce their rights to Terry Rozier, that could push them to $34 million.

As the Celtics’ fortunes fade, it’s unlikely they’re in on a max-level player. They could, however, push for D’Angelo Russell, Malcolm Brogdon, and the next tier of younger free agents. That would improve Boston, but not to the degree where it’d be worth committing their cap space to for multiple years.

Ainge’s unglamorous decision is most likely aimed to allow the Celtics to absorb salaries from other teams in exchange for future assets. Ainge has done this before and appears he will continue to recreate the magic of 2008 a few years from now again. This latest failure did not change him.

His methods carry emotional weight though. Baynes committed two seasons of intensity and took less money to stay in Boston. He expected a contender and as that prospect faded, the team and him apparently decided to move on. The Celtics reportedly intended to send him to a contender. He landed on the Suns.

Here is what I’m hearing on the Aron Baynes trade: Boston tried to find a contender, but most contenders are currently conserving cap space. Phoenix agreed to eat Baynes’ contract in exchange for the 24th pick. Now Baynes may get a buyout to join the contender of his choosing.

The Suns could let Baynes go to a contender. Whether or not that was predetermined when Boston sent him there is uncertain. The move nonetheless depicts another example of allure fading from Boston. In two straight summers, the Celtics signed Al Horford and Gordon Hayward and were free agent finalists with Kevin Durant. Ainge has carefully tried to balance the responsibility of creating a culture while wheeling and dealing assets to cobble together a winner. However, he met heavy criticism from players around the league when he traded Isaiah Thomas after his 2017 playoff heroics and the Kyrie Irving Experiment has blown up in his face.

The Celtics will attempt to reshape their culture with three players prominently featured in last season’s March Madness. WIlliams’ Tennessee team topped the country at one point and reached the Sweet 16. He lost to now teammate Carsen Edward’s Purdue squad. Edwards became the star of the tournament and nearly toppled eventual champion Virginia in the Elite 8.

Boston drafted Edwards 33rd overall. Tremont Waters — whose LSU team made the Sweet 16, too — went 51st to the Celts. The four join Jayson Tatum, Jaylen Brown, Marcus Smart and Robert Williams on suddenly one of the youngest rosters in the league.

It’s all so promising, but at some point, promise and potential need to finally deliver.