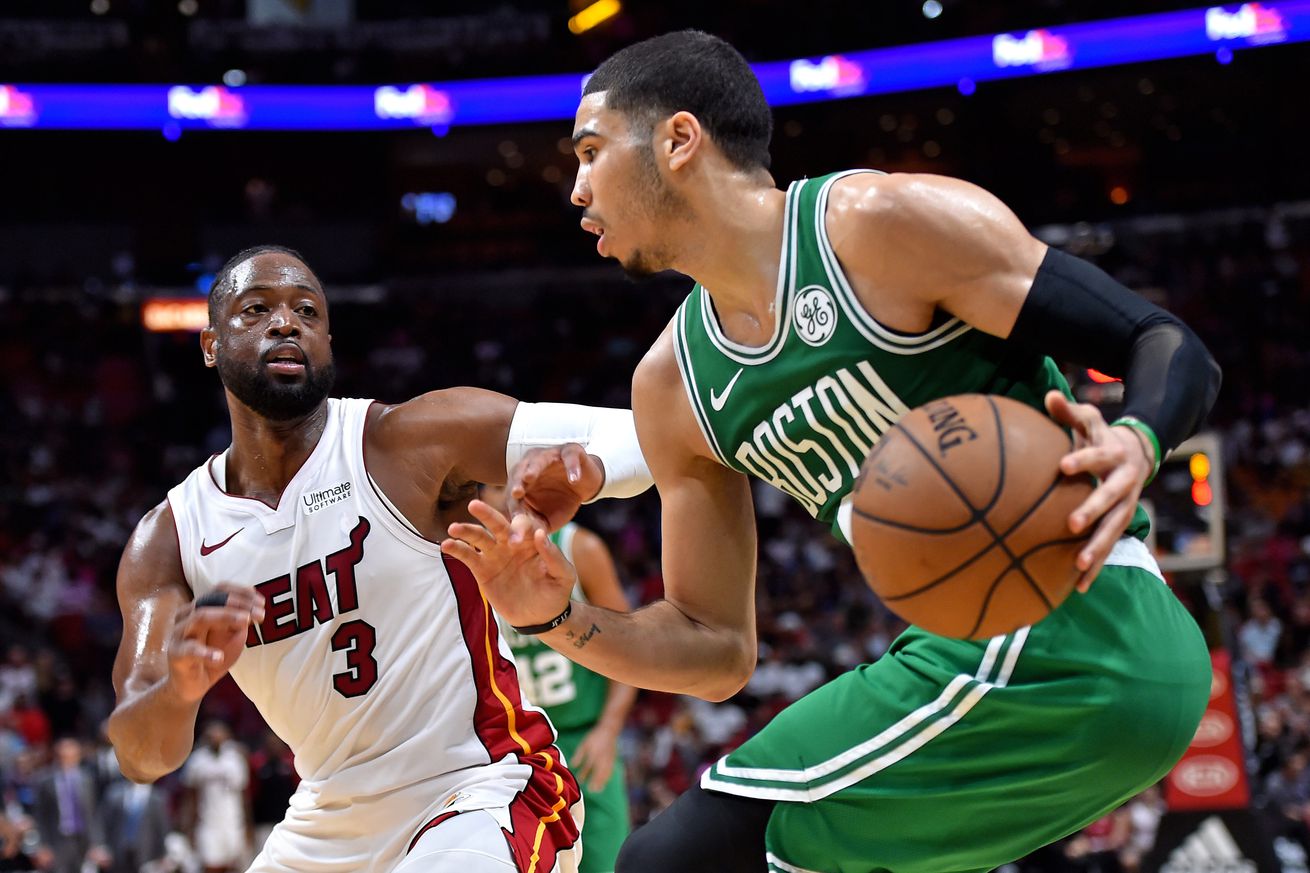 In somewhat of a surprise move, Tatum is joining Team Jumpman.

The most iconic sneaker brand in basketball just found its newest members, and foremost among them is none other than the Celtics’ young franchise player, Jayson Tatum.

Michael Jordan announces the signing of @jaytatum0 to @Jumpman23 in Paris. pic.twitter.com/RMCI0Vj8HF

“It’s a tremendous feeling to be a part of the Jordan Brand family,” said Tatum in Nike’s press release. ”I can’t really express how happy and excited I am for this journey. It’s truly an honor.”

The move is an exciting advancement for Tatum, who had been growing more and more involved with Nike in his sophomore season as an NBA player. Earlier this year, he was the face of their Adapt Pro BB auto-lacing basketball sneakers, and just last week, released a special edition Air Max 97 themed after his hometown of St. Louis.

For Jordan, the move injects some fresh blood into a team that includes established NBA superstars like Russell Westbrook (the most lucrative contract in Jordan Brand history), Chris Paul, Blake Griffin and Jimmy Butler. It also helps ease the sting of their very public divorce with Toronto’s Kawhi Leonard, who departed for New Balance after a reported falling out with Jumpman.

According to Jordan Brand President Craig Williams, “In just two seasons, Jayson has established himself as one of the league’s most promising young players, with a work ethic and mindset that reflects what Jordan Brand stands for. Rui is already making history on the court, and in the process, he’s become a hero to an entire country. What’s most impressive to me about these two young men isn’t their remarkable talent, but the strong character and maturity they carry themselves with on and off the court.”