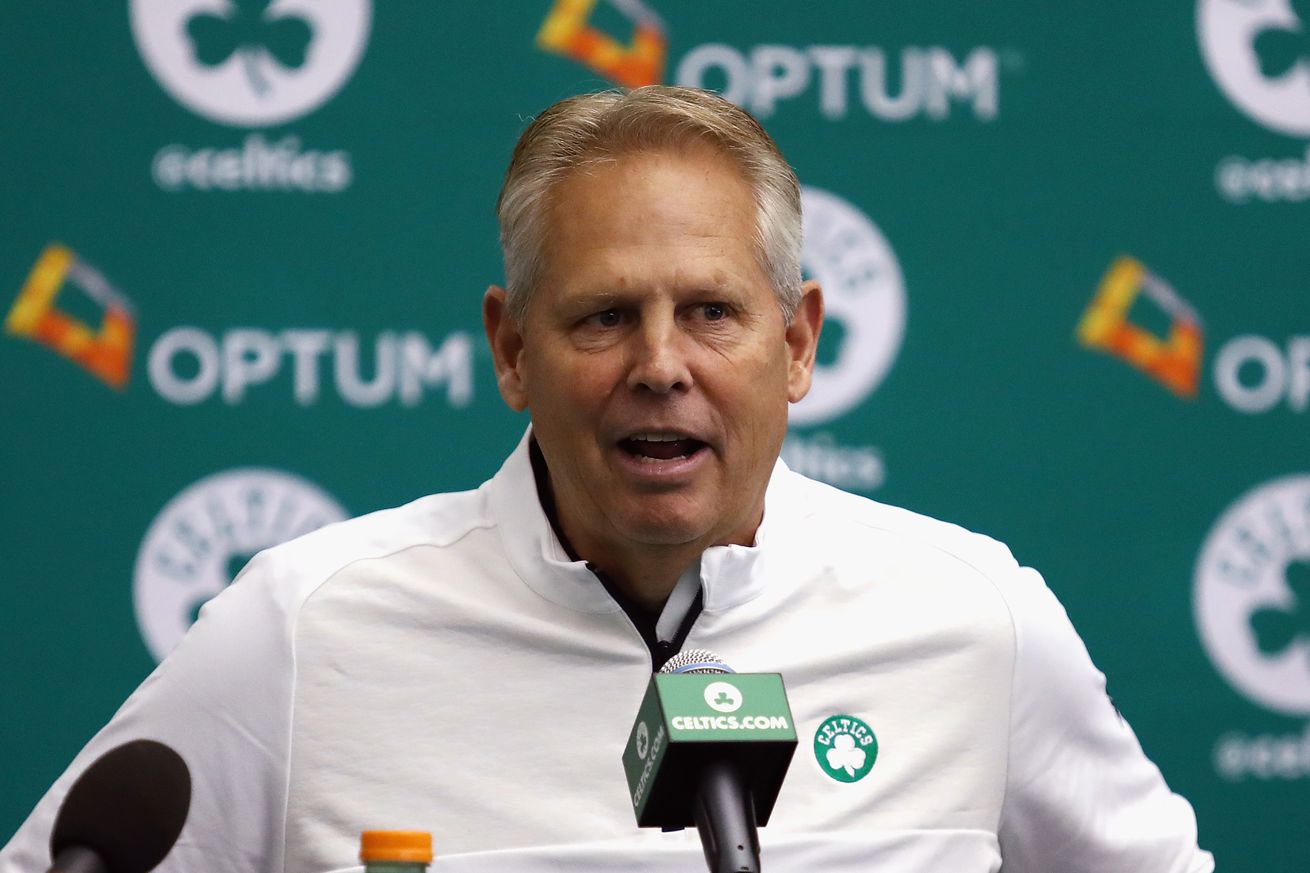 Nobody knows what Danny Ainge’s next move will be, but he’s put himself in position to make a variety of moves.

Shooters gotta shoot and Danny Ainge has never shied away from a shot. I consider him to be one of the best GMs in the league in part because of that shooter’s mentality. Not all his long distance attempts are going to find the bottom of the net. But ask any good shooter and they’ll tell you that the next one is going through the hoop. You have to have the confidence to take that shot.

While nothing has officially happened yet, all the flashing neon signs (or perhaps Instagram posts are more relevant to this generation) seem to be pointing Kyrie Irving out of town. There’s less certainty surrounding Al Horford’s departure (I’m still holding out hope). However, if he is indeed expecting an offer in the range of $112M, then you can probably count on the Celtics tipping their cap and putting together the first draft of his tribute video.

That’s two shots that caromed off the rim and you can count the Anthony Davis deal as an airball as well. After all, these things tend to snowball downward. Look no further than last year’s team for evidence of that.

Still, the Celtics are not without resources. The young core remains in place with Jayson Tatum, Jaylen Brown, and Marcus Smart flanked by veteran Gordon Hayward. They emerged from the draft with 3 solid looking players that each could earn a spot in the rotation next year (without any confusion about role or place on the hierarchy). How Danny and his staff decide to build around that core will shape the rest of the summer and perhaps for years to come.

Ask any good coach what their job is and they’ll say it’s to put the players in the best position to succeed. Often times that means giving them options (shoot, dribble, pass) and reads (screen, spread shooters, pocket passes).

By opening up a potential $34M in cap space, Danny Ainge has given himself a lot of options. He can be aggressive in trying to lure a top free agent to Boston (Kemba Walker?). He can fill out the roster with second tier free agents and take a slower approach (Nikola Vucevic? Malcolm Brogdon?). He can make unbalanced trades, taking on more salary than they send out. In some cases that means getting a better player than you could otherwise get (Steven Adams? Clint Capela?) and in some cases it means getting an asset attached to a player the other team is looking to move on from for financial reasons.

Nobody knows exactly which direction Ainge is going to go in part because he probably doesn’t know himself yet. It depends on so many variables. Which free agents would like to come to Boston? What are other teams willing to offer in trade? What domino moves will trigger other moves which trigger other moves that ultimately influence the Celtics?

That uncertainty is why you want to be as flexible as possible. So Ainge has curled off the pin-down screen and is ready to catch the ball at the top of the key. Will he drive, pass, or shoot? You know he wants to shoot, but if the defense closes too fast, he’s smart enough to drive or look for another option.

We’ll know a lot more a week from now. Till then it is fun to play armchair GM and debate what we would do in his place.