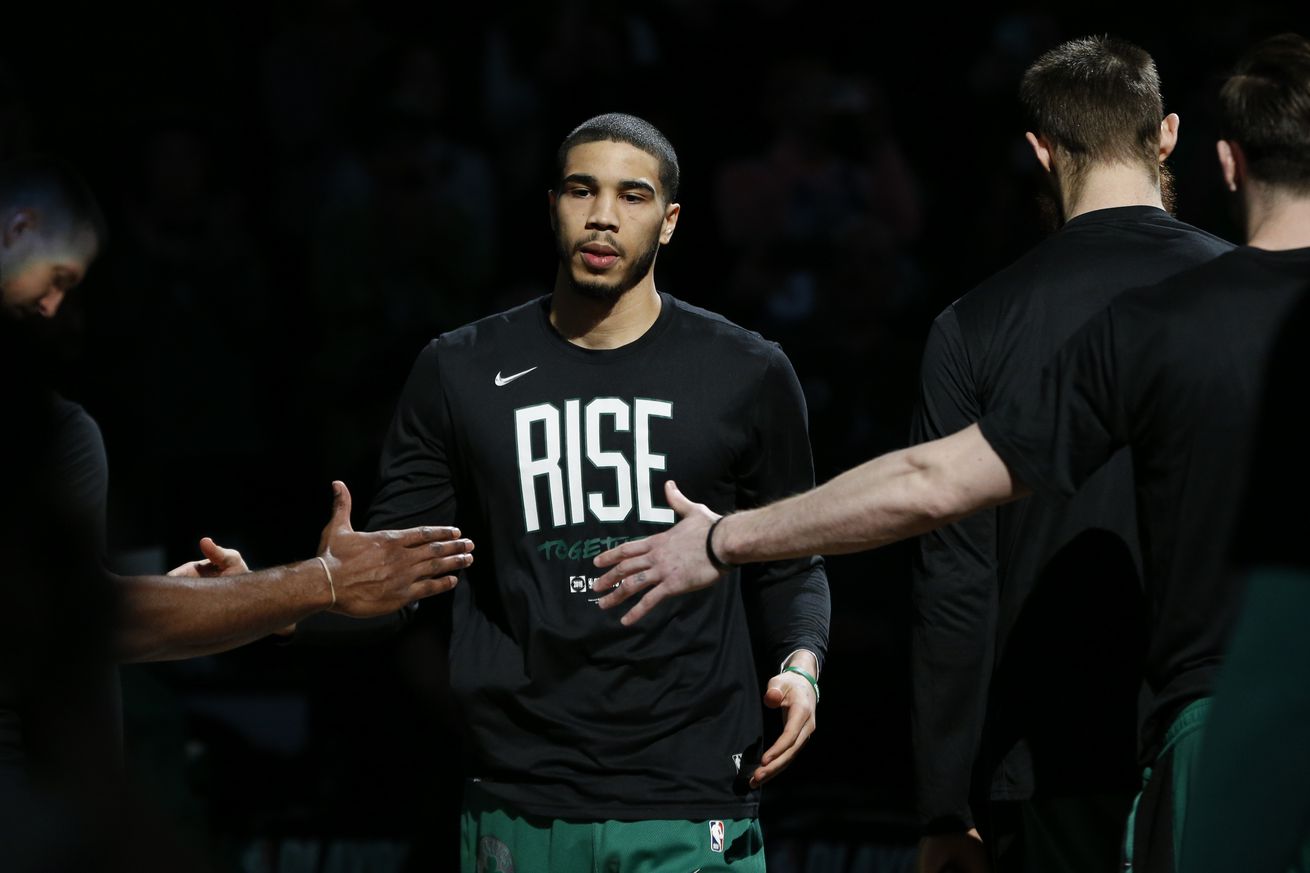 Ainge talked about how often he’s seen Boston’s players at the practice facility this summer.

Four days didn’t loosen Danny Ainge’s lips too much. As reports of done deals begin to swirl around the NBA, he’s tied to the official NBA news wire.

Ainge did confirm that Boston is leaning toward hiring Joe Mazzulla as an assistant coach and bringing in Tacko Fall for Summer League. He expressed excitement about newfound flexibility for the Celtics.

He addressed back-channel deals that precede free agency. Though not specific on how that would possibly impact the Celtics, he’s still a proponent of moving the NBA Draft before free agency.

Beside the free agent departures likely to struck Boston, the Celtics return most of the roster. Some of them Ainge sees regularly, and others stop in alongside their commitments outside of basketball.

“I think Gordon’s going to have a great year,” Ainge said. “He’s putting in as much work as anybody, we get to see it. He’s here a lot. I’m very excited for Gordon’s upcoming year.”

Brown and Tatum stay in constant contact with Ainge, he added. Tatum is working on advertising obligations, as he told Jeff Goodman, while appearing at the Celtics’ facilities in between. Ainge said he hasn’t had conversations with the youth about their roles for the upcoming season yet.

“I’m just checking on them,” he said. “They’re working really hard. I’ve seen them in the facility, Jaylen and Jayson have been in recently along with Gordon and Robert Williams. They’re in here pretty regularly as they make their rounds around the world. They stop by in Boston to get in a few workouts.”

The Celtics expect to host Summer League workouts before the quartet of new talent takes off for Vegas. Ainge said no decision has been reached yet on Romeo Langford’s status. Gary Washburn reported he has been cleared to return to basketball activities with a thumb injury.