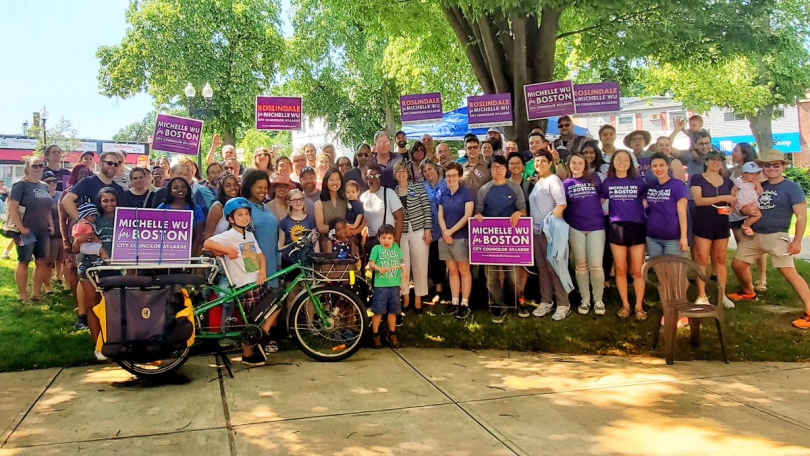 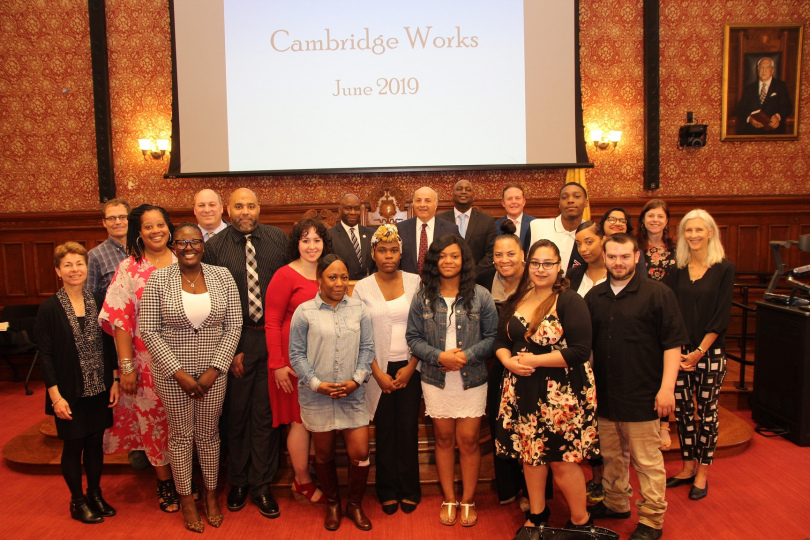 BOSTON – On Sunday, June 23rd, Boston City Councilor Michelle Wu kicked off her 2019 reelection campaign with an Ice Cream Social in Adams Park in Roslindale. Approximately 125 residents from Roslindale and across the city attended the event.

Attendees celebrated with Ice Cream Sundaes and children in attendance received wooden whistles displaying, “All Aboard the @WuTrain,” a reference to the Councilor’s Twitter handle and a play on the “Wu” sound the whistles make.

“This election cycle matters so much–we have the opportunity not just to elect City Councilors, but to engage residents in every neighborhood and connect everyone to city government for strong partnerships after election day,” said Councilor Wu. “I humbly ask for your vote on September 24th and November 5th.”

Councilor Wu has been a national voice for bold, progressive action at the local level, authoring successful legislation for paid parental leave, healthcare equity prohibiting discrimination on the basis of gender identity, procurement reform creating equity in opportunity for minority- and women-owned businesses, language access, and healthy food purchasing. As Chair of the Council’s Committee on Planning, Development & Transportation, she fights for transportation access as fundamental to economic mobility, racial equity and climate justice.

In response to the July 1st MBTA fare hikes on subway and commuter rail passes, Councilor Wu is organizing to convene an #UnfairHikes Action across MBTA stations and trains. Her goal is to station volunteers at MBTA stops and on trains during the morning rush hour commute on the day that the MBTA fare hikes go into effect, and to spark a conversation on social media and throughout the day and beyond about how to marshal political will for urgent changes.

Councilor Wu will also gather members of the public on Sunday, June 30th at 1pm for a #BostonTParty rally to distribute materials for the next day’s action. Those interested in attending either event can sign up at bit.ly/unfairhikes.

In February 2019, Councilor Wu led the charge to oppose the fare hikes, presenting a petition of over 3,200 signatures opposing the fare hikes to the MBTA’s Fiscal and Management Control Board. In response, the MBTA’s governing board exempted bus riders, seniors, and youth from the fare increase, but still voted to approve fare hikes for subway and commuter rail riders.