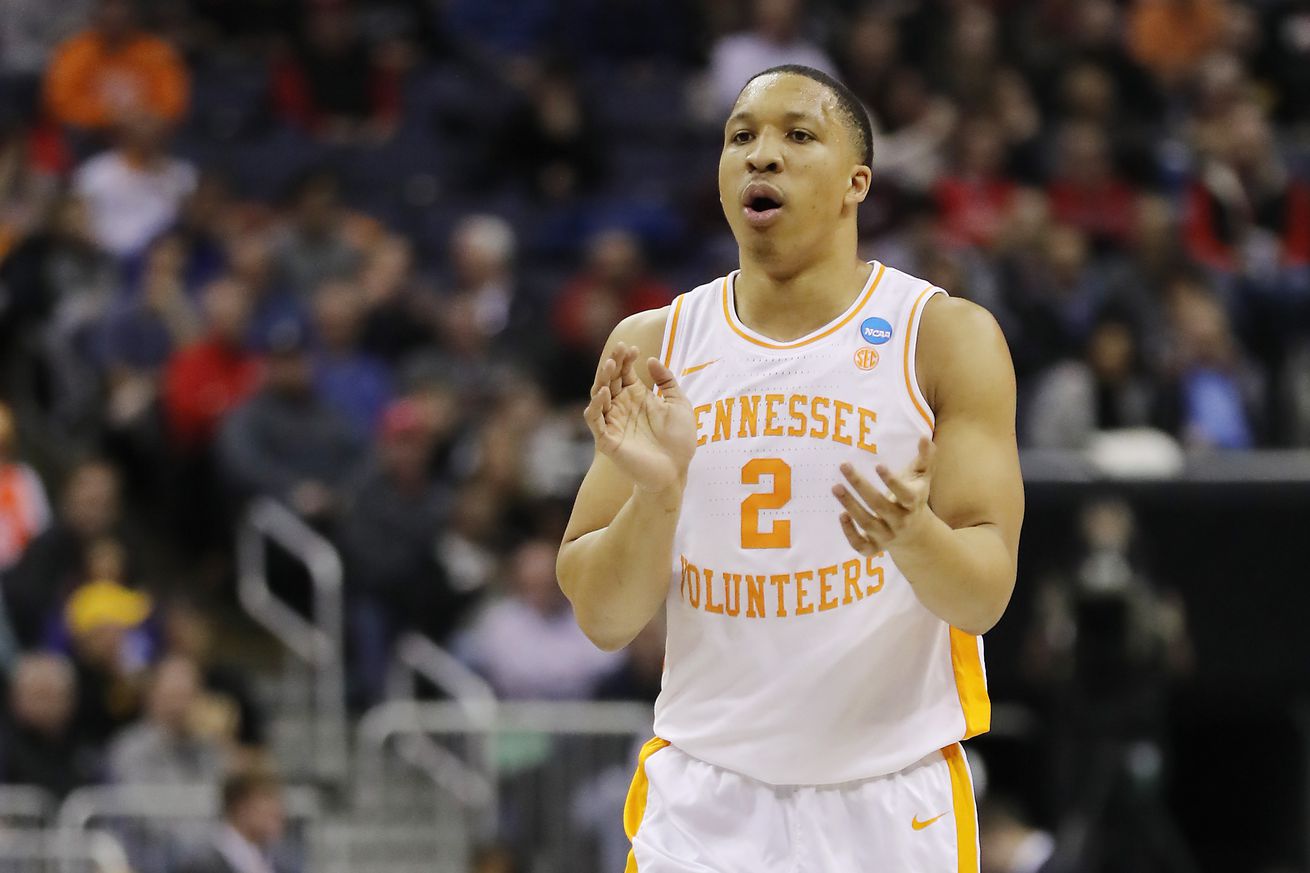 Grant Williams has let his personality shine in his first few days as a Boston Celtic.

How Grant Williams describes himself probably isn’t the depiction many would expect from the Boston Celtics’ No. 22 overall selection in this year’s NBA Draft.

“I’m a nerd and a goofball,” Williams said.

Williams has certainly let his personality shine since the C’s drafted the two-time SEC Player of the Year out of the University of Tennessee. Already lauded for his high character, Williams doesn’t change his personality when he is on the court, instead, adding pieces to it that should make him a fan favorite in Boston.

“I’m still probably a pretty goofy guy. I’m pretty nerdy on the court because I don’t talk trash. I’m just a guy that loves to compete,” Williams said. “I love winning and I love adding to winning. For me, it’s always been about finding a way to do that any way possible. That’s where that toughness and competitive edge comes from.”

While there seem to be no questions about Williams’ off-the-court makeup, he will need to address some concerns about how his on-court game fits in with the current pace-and-space landscape of the NBA.

Standing at 6-foot-7 and 240 pounds, Williams excelled as an interior scorer in college and posted 18.8 points per game during his junior season with the Volunteers.

Whether Williams can expand his offense to beyond the 3-point line, where he seldom ventured at Tennessee, remains to be seen. Williams attempted on average just 1.2 3-point shots per game last season.

However, Williams has already displayed improvement in his long-range shot after shooting just 12% (3-for-25) from beyond the arc as a sophomore. A season ago, Williams connected on 32.6% (15-of-46) of his 3-point attempts. While Williams, who will be an undersized power forward in the NBA, hopes to still use his low post skillset, he has demonstrated to be more than just a polished scorer in the paint after grabbing 7.5 rebounds and dishing out 3.2 assists in his final collegiate season.

“I feel like (my interior game) will translate, but I also have a lot more to my game than people may know,” Williams said. “I have a little versatility to my game, too. Being able to play on the interior is not really what the league is nowadays, but having that in your toolbox is always necessary because when it’s late shot clock, or when the team may need a basket, you go to things you’re strong at, you’re comfortable with. I’ll be able to use that as well as the things I’ve developed over time.”

A decade ago, Williams might have been in the uncomfortable position of not being big enough to play as a power forward and not agile enough to assume small forward duties. That is no longer the case in today’s positionless NBA.

Williams has seen what Draymond Green has done as a so called undersized guy. Williams already possesses the off-the-court attributes that the Celtics desire, and it will be up to him to show that his on-court abilities should be just as coveted.

“They want guys like myself and our size where we can defend multiple positions, be versatile and play both ends of the court,” Williams said.