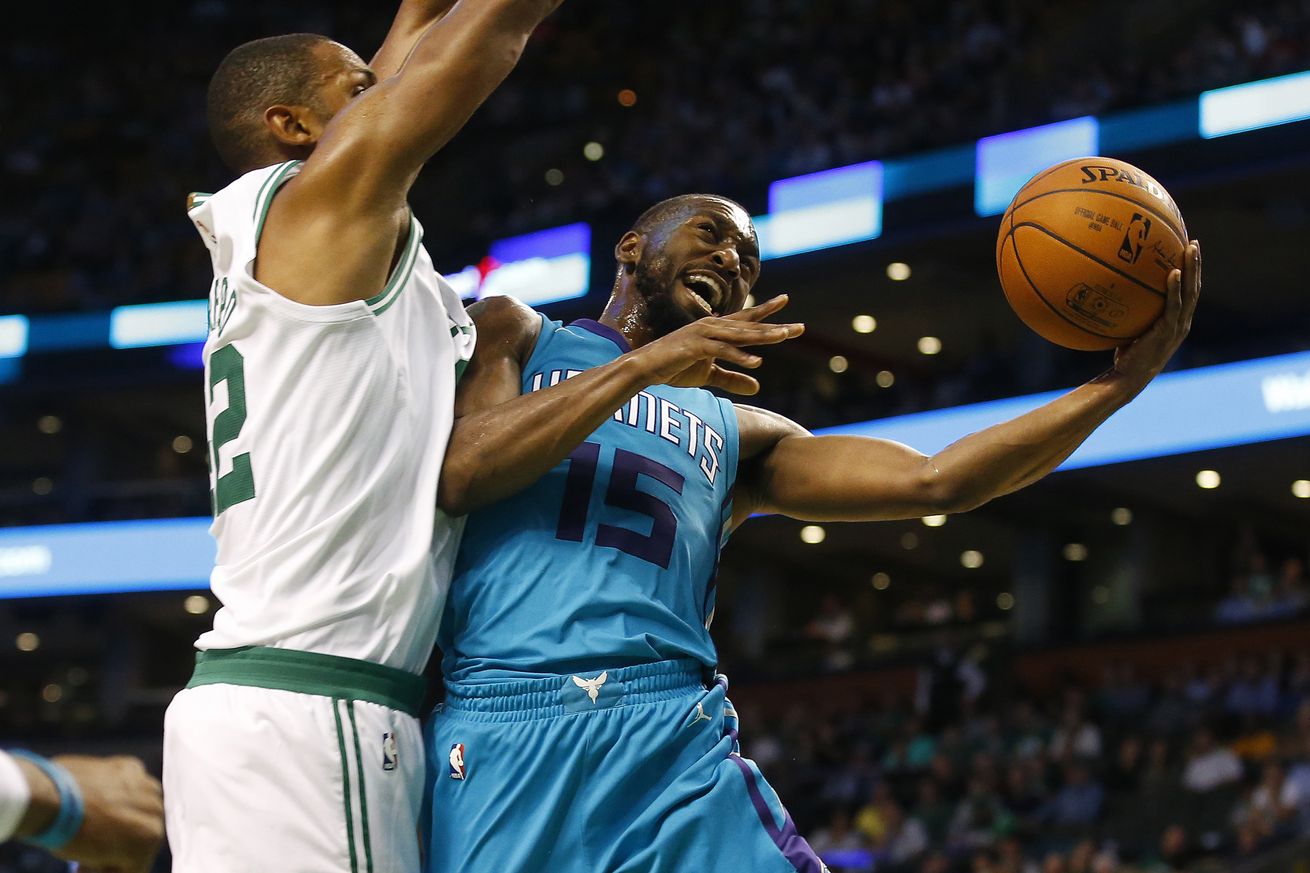 Remember when we waited until July 1st to freak out about free agency.

The NBA draft is over and we have to wait until June 30th until free agents can officially start talking to teams about free agency. You would think that would mean a quiet week, but you would be wrong. It has been a firehose of rumors and I’m doing all I can to keep up. So I’m going to jot down some various thoughts in this space.

Keith Smith and others did their best to patiently explain to all of us that you can’t just lose Kyrie Irving to free agency and replace him with Kemba Walker. Well, if you also lose Al Horford and trade Aron Baynes and set yourself up to renounce all the other free agents, then yes, you can sign Kemba Walker. Of course he needs to go along with that plan.

So will he or won’t he? He’s said that the Hornets are his priority and they can offer him the most money, but if they lock up all their money with him, they might be stuck in cap purgatory through a big chunk of Kemba’s prime. The Celtics, on the other hand, have a young nucleus, a great coach, and a creative GM that has a good shot of building a contender with him as the centerpiece.

Why should the Celtics be so eager to lock up another max level high volume shooting point guard? Because they were all in on that plan when it was Kyrie Irving and Walker is a multiple time Sportsmanship Award winner. Losing Horford still hurts (a LOT). But if you have a chance to get a guy like Kemba, you do it and you figure out the center position later.

As I covered earlier this week, Danny has a lot of other options to consider if Kemba falls through. I’m not sure how excited I would be about giving a huge offer to D’Angelo Russell or Nikola Vucevic. Both very good players but not necessarily someone I’d want to overpay for. Malcolm Brogdon might be another story though. He seems like he’d be a great fit.

Exploring trades makes sense as well. Steven Adams is the name mentioned the most often so far, but I wouldn’t rule out Derrick Favors or one of the bigs from Indiana.

A lot of people here aren’t going to want to hear this, but we can’t totally close the door on Terry Rozier returning either. If anything, his value is depressed based on his rocky season and that means he might be worth more to Danny Ainge than the rest of the market. The hope would be that he’ll have a bounce-back season in a different role than he had. The risk is that he might not be very happy with a return to Boston.

The NBA offseason is pretty great for entertainment purposes. It seems like a lot of things COULD happen. At the very least everything seems to be pointing Kyrie out of Boston, but it is hard to say for sure that any of the other top free agents are going to actually change teams.

It wouldn’t be hard to imagine Kawhi Leonard sticking around in Toronto to defend their title. I could see Kevin Durant seeking maximum years and dollars from the Warriors. The Sixers want to keep Jimmy Butler and Tobias Harris. Nobody would blame Kemba Walker for taking the supermax if the Hornets offered it to him. Everyone already assumes that Klay Thompson and Khris Middleton are staying put. In short, it could be a very uneventful free agency with only the Celtics taking a step backwards.

On the flipside, there could be mass chaos. The Nets, Knicks, Lakers, and Clippers appear to be ready to rumble, steel cage match style for the right to hurl gobs of money at these guys. The Mavs are out there looking to get in the game as well. The Pelicans are suddenly interesting. And of course the Rocket are always looking to get creative.

Someone is going to be left holding a big bag of money without someone to spend it on. Good GMs stay patient and wait for the next opportunity. Bad GMs panic. Great GMs take advantage of panicking GMs.

There’s a whole lot of rumors and buzz and chatter, and we’ve still got 5 more days of this!