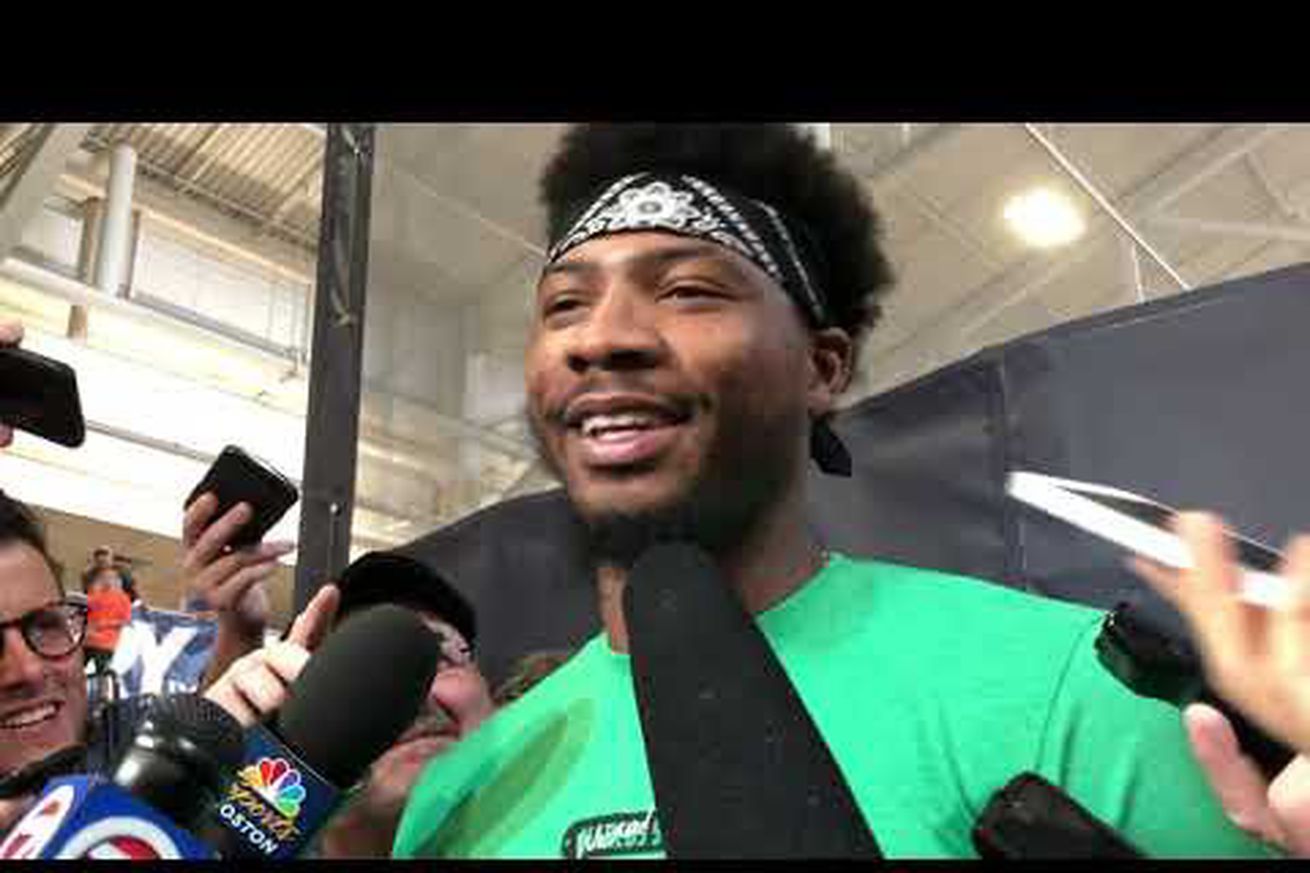 Marcus Smart spoke about the current state of the Celtics and his optimism for the upcoming season.

Composed By Sierra Goodwill for CLNS and CelticsBlog

On Tuesday afternoon at Marcus Smart’s annual summer basketball camp, he met with the media for the first time since being awarded First Team All-Defense and the NBA Hustle Award.

However, he was unable to avoid questions about the Boston Celtics dramatic offseason and the probable departure of both Al Horford and Kyrie Irving.

“In today’s game, nothing really catches us by surprise,” Smart said. “A little bit it did. But those guys are grown and they have the right to do what’s best for their family and their career. Regardless if those guys stay or leave, I have nothing but love for them. Always will.”

The Celtics weren’t necessarily planning on hitting the reset button, but it’s nothing that the team can’t overcome in Smart’s opinion.

“The Raptors just won the championship, right? They have to start right back over from the beginning just like we do,” he said. “We all start at zero and get a chance to do it, so everybody’s starting over. Regardless if they have the same team or not, they all have to start again. We had the opportunity to do something special and we get another chance to do it.”

There’s no question that last year’s season was a severe disappointment for both the fans of Boston and the players who dawn the green night in and night out. But seeking redemption is what is now driving the Cs.

“We’re excited. As competitors, when you have a season like we did last year it leaves a funny taste in your mouth,” Smart said. “We use that as our motivation and keep going. Whatever team and whatever people, whoever is on the court or whoever is on the roster with us, we’re excited to have them and we’re going to go out there and fight.”

Four of those roster spots are for the rookies that Danny Ainge acquired in the 2019 NBA Draft. No. 36 was pleased when he saw who his newest teammates and mentees were going to be.

“I think they were great pick-ups for us. They’re all great guys and I think they could really help us.”

As free agency approaches, there’s bound to be some new additions to the Celtics with all of their new and unexpected cap space. And why would any player not want to come to Boston? Smart has no idea.

“You name me another city that’s got four teams in different categories like that that’s all known for winning championships. … For me, being here and experiencing it for myself, Boston is definitely a place you want to be.”