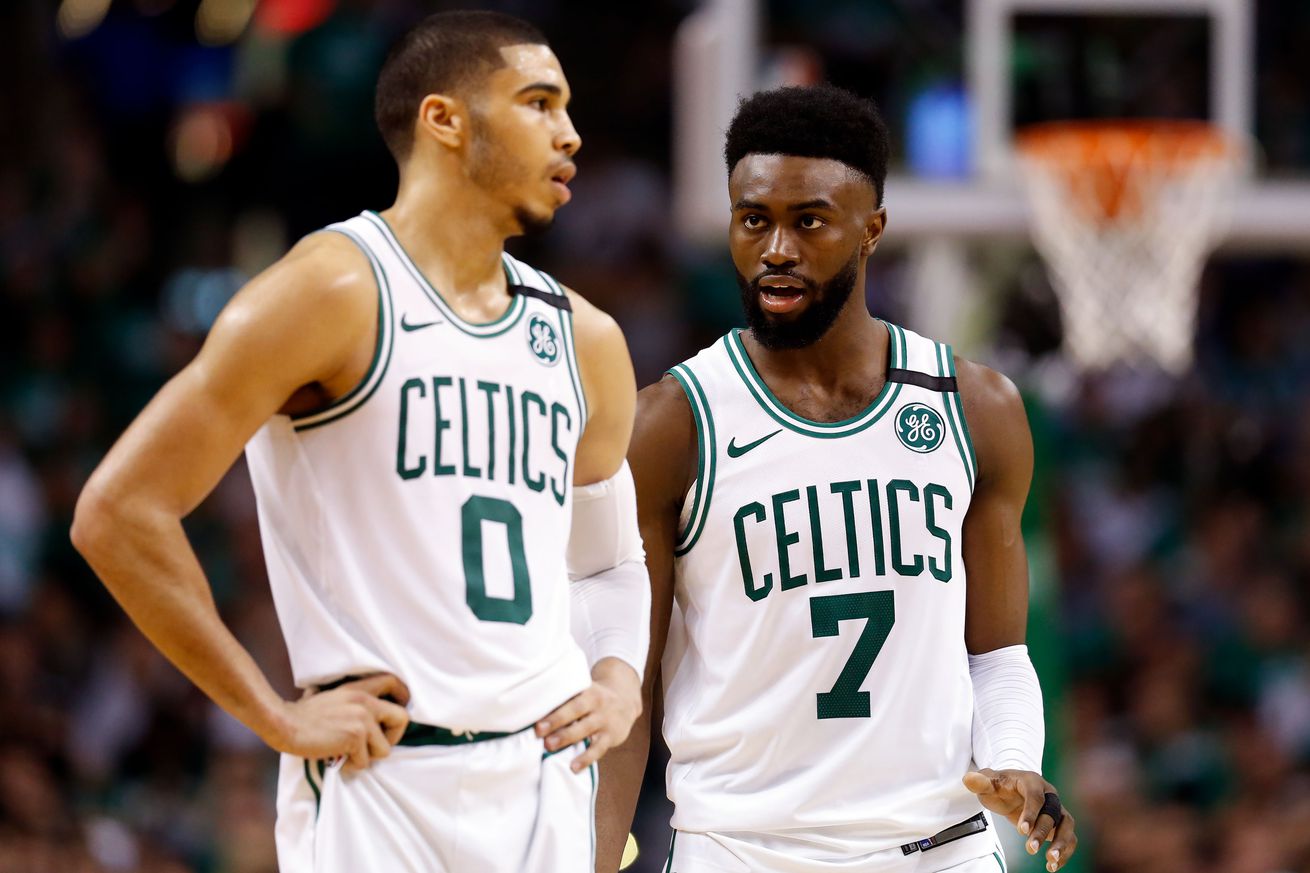 The NBA is in short supply of two-way wings, but the Celtics – despite their disappointing summer – have a pair of them with star potential.

The Boston Celtics’ present-day championship aspirations have imploded in on themselves this summer. Kyrie Irving – Boston’s biggest star and theoretical Anthony Davis lure – is reportedly leaving town amid an avalanche of rumors that he didn’t really like anyone or anything associated with his stint on the Celtics.

Al Horford will join him in free agency. The versatile All-Star is reported to have suitors willing to pony up larger contracts than anything Boston has offered. With Irving out the door and the aforementioned Davis in L.A., it’s not hard to imagine that Horford has more appealing competitive contexts available to him as well.

Critics have trumpeted the likely departure of Irving and Horford as the death of the Celtics’ plan for short and long-term league domination that had seemed incredibly well-laid just a year ago. Such is their right. There is no denying that Boston is in far worse shape now than anyone could have rightfully expected last summer, fresh off a trip to the Eastern Conference Finals and presumed to be in the driver’s seat to land Davis.

But for all of the crowing about the Celtics’ demise and inevitable need to rebuild, Boston still finds itself in an incredibly strong position, a truth driven primarily by a pair of tantalizing young wings: Jaylen Brown and Jayson Tatum. The Celtics’ duo of top-tier prospects are something of mirror opposites.

Where Tatum is shockingly polished for a player of his age, Brown is a bundle of developing athleticism. The former needs to add strength and the latter the ability to dribble. Neither passes particularly well, and both have to find a way to increase their consistency on the defensive end.

Those are all things that can be worked on, and at the end of the day Tatum and Brown’s productivity speaks for itself. Take a look at how their per 36 minute stats stack up against some of the league’s elite wings at similar ages.

There are reasons for skepticism in this analysis. Leonard, George, and Butler are the caliber of players they are today specifically because they took unexpected leaps in development from good to great. To suggest that because Brown and Tatum slightly outpace that trio in some statistical categories suggests their ascension to a similar level of stardom is guaranteed is disingenuous, but it certainly doesn’t hurt the case that their futures are bright, and the eye test reveals plenty to be excited.

Brown is already a defensive pest, and he’s developing into a capable switch defender as well. He’s got an explosive first step and an uncanny ability to get past his man that pairs nicely with the fearlessness with which he attacks the rim. He’ll need to find a way to convert the oodles of free throws he’s capable of collecting at a more efficient rate, and improve his decision making by a considerable margin if he wants to reach his fullest potential.

The same is true of Tatum, who has shown flashes of passing brilliance, but far too frequently prefers to toil away in mid-range isolation. He’s got some skills there, but his shooting stroke would be better applied from beyond the arc. If Tatum can add enough muscle to his frame to keep from consistently getting stripped going to the basket, clean up his shot selection, and grow more comfortable facilitating for others, the sky is the limit for his ceiling as an offensive player.

Reaching that peak will require plenty of reps. Brown’s fulfillment of his own potential is similarly contingent upon opportunity. Boston can suddenly offer that in spades. Expectations will drop precipitously should Irving and Horford walk in free agency as expected, and Tatum and Brown will be major beneficiaries from an individual perspective.

The Celtics should free them from any and all restrictions. They should both initiate sets, work in the pick-and-roll, screen for one another on and off the ball, attack off the dribble, run off screens, defended point guards, defend big men, take on new help responsibilities.

The NBA’s best players are its most versatile wings. Boston has two players that have the potential to grow into just that. It needs to max out its efforts to get them there, especially now that any dreams of winning a title in the present have dissipated.

There’s a fairly good chance that neither Brown nor Tatum ever actually reaches the pinnacle of NBA stardom, but they’re both already reliable two-way players. That’s an exceedingly valuable archetype. If neither makes any progress for the rest of their careers the Celtics would still have a pair of useful building blocks. Chances are they have something even more on their hands. That should be reason for optimism in Boston.