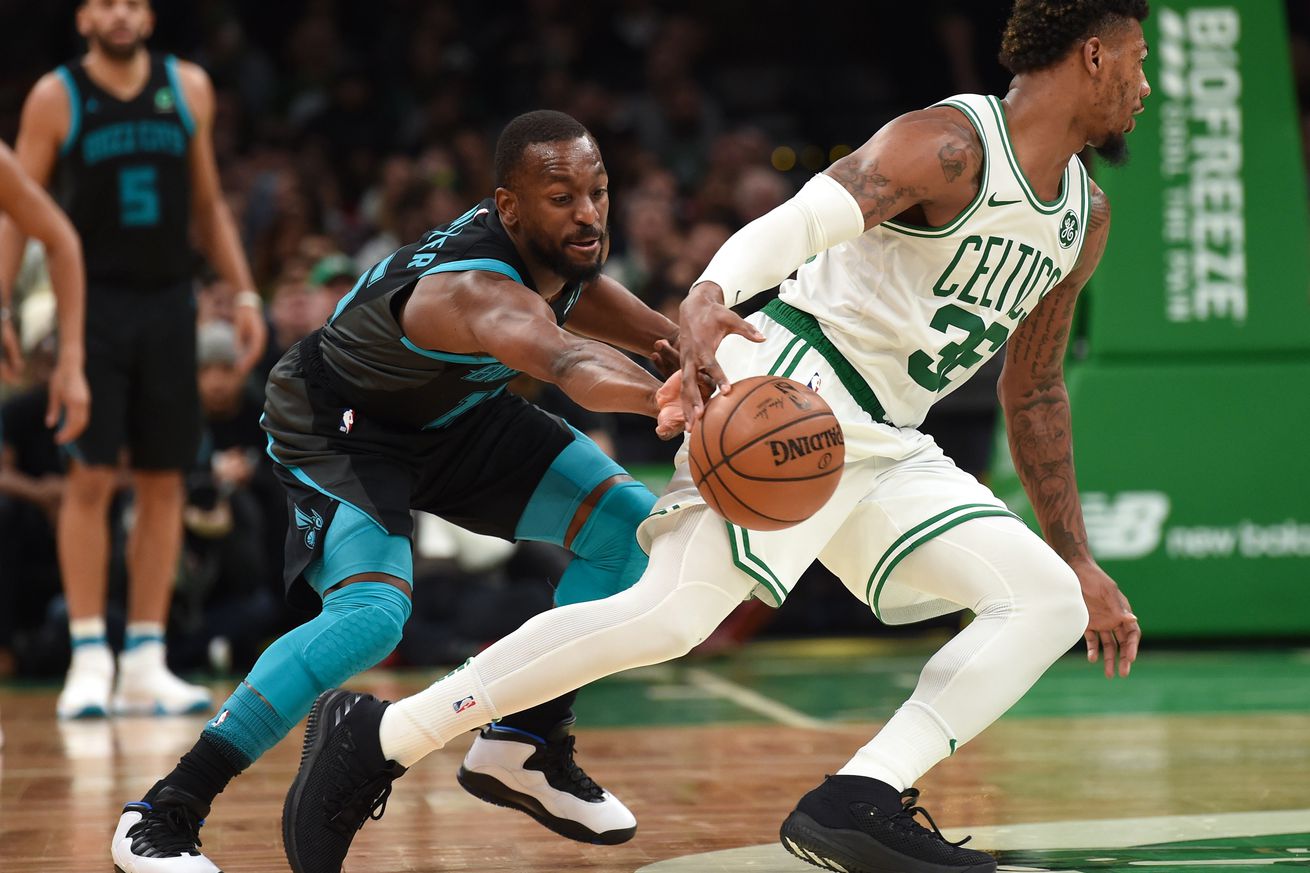 Out goes one All-NBA point guard, in comes another

With the impending departure of free agent point guard Kyrie Irving and with the Boston Celtics having executed on moves to clear cap space in recent days, Adrian Wojnarowski has reported that the Celtics are the frontrunners to sign All-NBA 3rd Team guard Kemba Walker:

This report comes on the heels of Shams Charania’s report that contract discussions between Walker and the Charlotte Hornets feature “sizable gaps.”

Kemba Walker had a career year last year with the Hornets, posting a career-high 25.6 points per game to go with 4.4 rebounds and 5.9 assists while shooting 43.4% from the field as Charlotte’s only primary option on offense as well as 35.6% from behind the 3-point line and 84.4% from the freethrow line. Drafted in 2011 by the then-Charlotte Bobcats, Walker has not been surrounded by a helpful supporting cast since, well, ever.

If Walker were to indeed come to Boston, he’d find a (hopefully) rejuvenated Gordon Hayward, rising stars in Jayson Tatum and Jaylen Brown and a First Team All-Defense guard in Marcus Smart. All of these players have playoff experience. The only downside is that Boston’s front court prominently features second-year center Robert Williams and rookie Grant Williams. That’s an issue that’ll need to be resolved.

Walker signing with the Celtics also would mean the end of Terry Rozier’s 4-year tenure with the franchise. Considering these hypothetical circumstances, that would probably be best for all parties involved.

Nothing is set in stone, but it is a good sign that the dysfunction on the court from last season hasn’t impeded All-NBA-caliber players from wanting to play in Boston. We’ll see if both Walker and the Celtics can come together to an agreement on June 30th at 6PM.