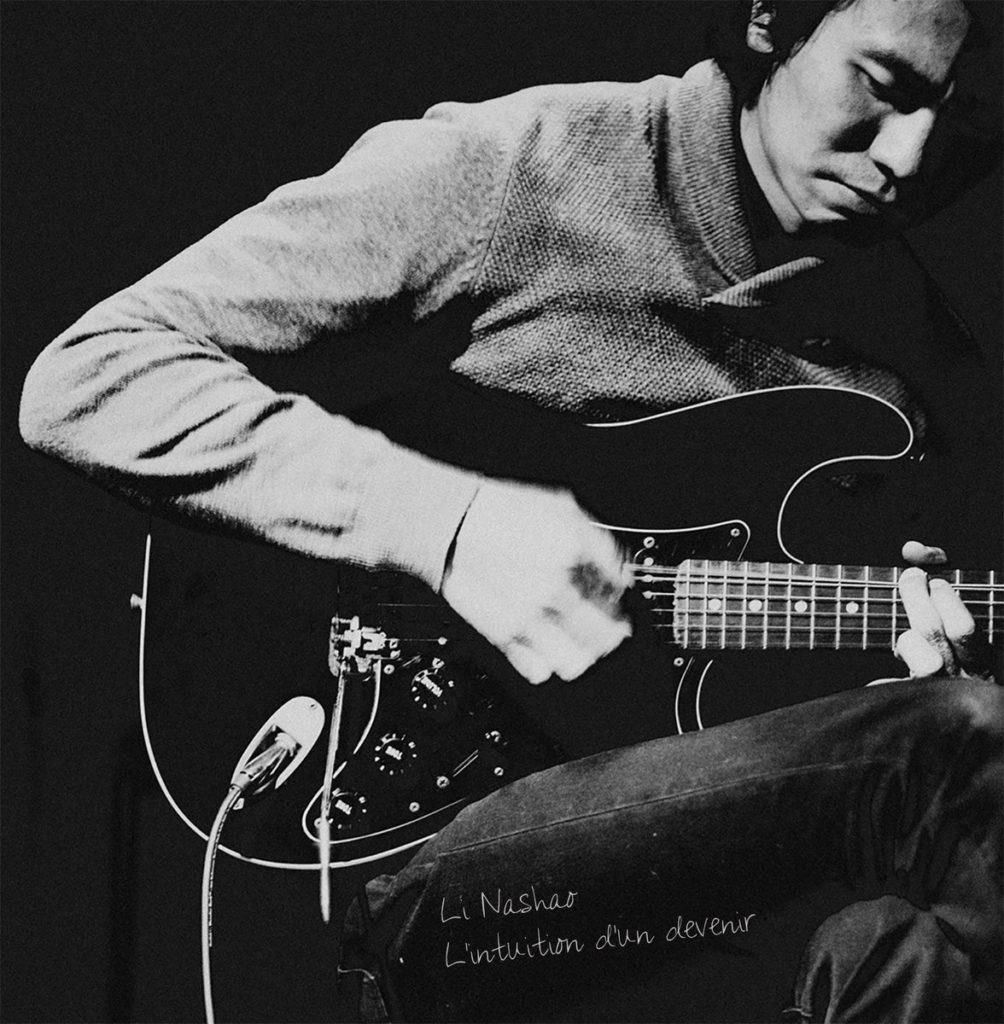 This live recording by guitarist Li Nashao, released on the experimental Taiwanese music label Senko Issha features two improvised guitar pieces that together clock in at just under an hour.

Two minutes into the first track, Li Nashao utilizes his loop pedal to generate a stack of distinct guitar patterns that float around like air particles in a whirlwind. Due to the varying textures and tones, these musical ideas struggle to connect together agreeably. Fortunately, Nashao improvises over these conflicting loops by stiffly picking notes that forcefully welds everything together.

The music then dwindles into a serene tremolo picking, the notes sound far away and at the end of a tunnel. Passages like this display Nashao’s mastery of switching between dynamics, that give his playing a three dimensional quality. Even when he experiments with ear-splicing bursts of noise, the soft-loud mixture still remains clear.

Around nine minutes in, the loudness reaches an unhinged extreme and his playing sounds no less grating than a Merzbow record. Despite the all-consuming aspects of this sound, a faint acoustic guitar appears amid this static eruption. This section sounds like the mixing of light acoustic guitars and heavy reverb on My Bloody Valentine’s Sometimes, if it was pushed to a darker, more drone induced extreme.

After his exploration of guitar textures, Nashao displays his melodic proficiency by playing a versatile series of riffs. Through a sporadic montage, Nashao experiments with different styles of rock: U.S Maple-esque atonal guitar work, thrash metal speed picking, deep-toned psych-blues grooves, etc. Harsh textures remain superimposed on his playing until everything dissolves into one stretched out feedback wave. This feedback section keeps implying a disintegration into silence until some force revives it again. The tones fall into a hypnotic rising and falling notion. When played loudly enough, the listener can feel the crust and trough of this aural wave through the pure vibrations it emits.

The other live improvisation on this album has a more industrial quality to it. There’s a section where a guitar echo sounds akin to helicopter blades. The second track features, more frequently than the first, low frequency buzzing and prolonged ripples of static. There are instances on this track where Nashao transitions between passages in an abrupt manner. His tendency to rupture the music with waves of feedback has the possibility to turn some listeners off. Fortunately, Nashao doesn’t use these static bursts to forgo everything that preceded it. In instances like the eight minute mark, a passage of light guitar strums gets interrupted by a sudden wall of noise. As a result, the original guitar sound transforms into a mutated version of itself that’s barely recognizable as it morphs into the background. Careful listening reveals that Nashao’s ambitions in exploring new improvisational ideas requires him to take several leaps of faith and hope for the best. When a transition doesn’t flow smoothly, he ambitiously confronts the dissonance by attempting to escape it.

Welcome to the world of Li Nashao.