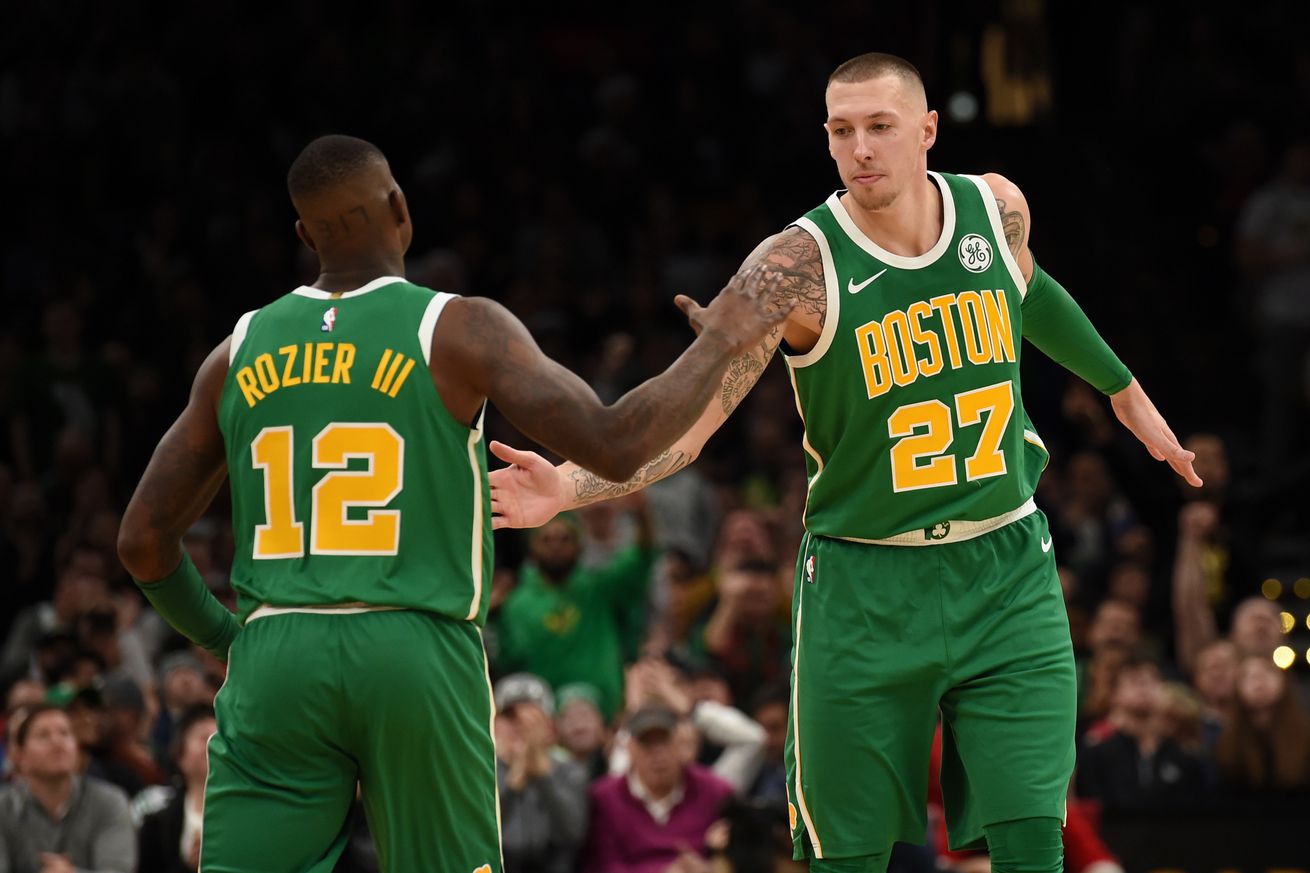 In addition, Boston will not tender qualifying offers to guards P.J. Dozier, Jonathan Gibson, R.J. Hunter and Brad Wanamaker. All four of those players will now be unrestricted free agents.

Reports indicate that the Celtics and free agent guard Kemba Walker of the Charlotte Hornets are expected to reach agreement on a four-year max contract shortly after free agency opens at 6:00 PM EST on Sunday June 30th. This makes the Rozier qualifying offer simply a procedural move by Boston to protect themselves and create some potential flexibility.

First, if the rumored deal with Walker was to fall through, Boston could re-sign Rozier or match any offer he gets in free agency. Beyond that, having Rozier’s rights retained opens the small chance the Celtics could work a sign and trade agreement for Rozier. Such a deal could return some depth to the Celtics, who will have some rotation spots to fill. If not such deal is found and Boston needs cap space to sign Walker, they will rescind the offer from Rozier and renounce his free agent rights.

In the summer of 2017, when Boston was chasing free agent wing Gordon Hayward, they initially tendered a qualifying offer to big man Kelly Olynyk. Once an agreement was reached with Hayward, the Celtics rescinded that qualifying offer and made Olynyk an unrestricted free agent. This allowed Olynyk to find a new team easier and he eventually signed with the Miami Heat.

As for Theis, his qualifying offer and corresponding cap hold are small enough that Boston still has enough cap space to sign Walker to a full max contract while keeping Theis on the books. The Celtics are expected to be short on depth in the frontcourt, so that could make retaining Theis a priority for them this summer.

Boston was always going to pass on tendering qualifying offers to Dozier, Gibson and Hunter. Dozier and Hunter will search out standard NBA contracts before considering returning on a Two-Way contract. And Gibson is a league minimum player, so the Celtics would rather conserve cap space than offer him a contract.

Wanamaker is a player that Boston had interest in retaining, but with Walker seemingly in the fold, it’s unknown if that has changed. The Celtics have good depth at the point guard position if Walker signs, as they also have Marcus Smart and draftees Carsen Edwards and Tremont Waters capable of playing the lead guard role. That makes Wanamker expendable as a depth option.

Danny Ainge is lining things up to give the Celtics a chance at bouncing back from what could have been a disastrous summer with Kyrie Irving and Al Horford looking as if they are leaving Boston. These moves are all part of that master plan. We’ll start finding out what is next when free agency opens on Sunday night.