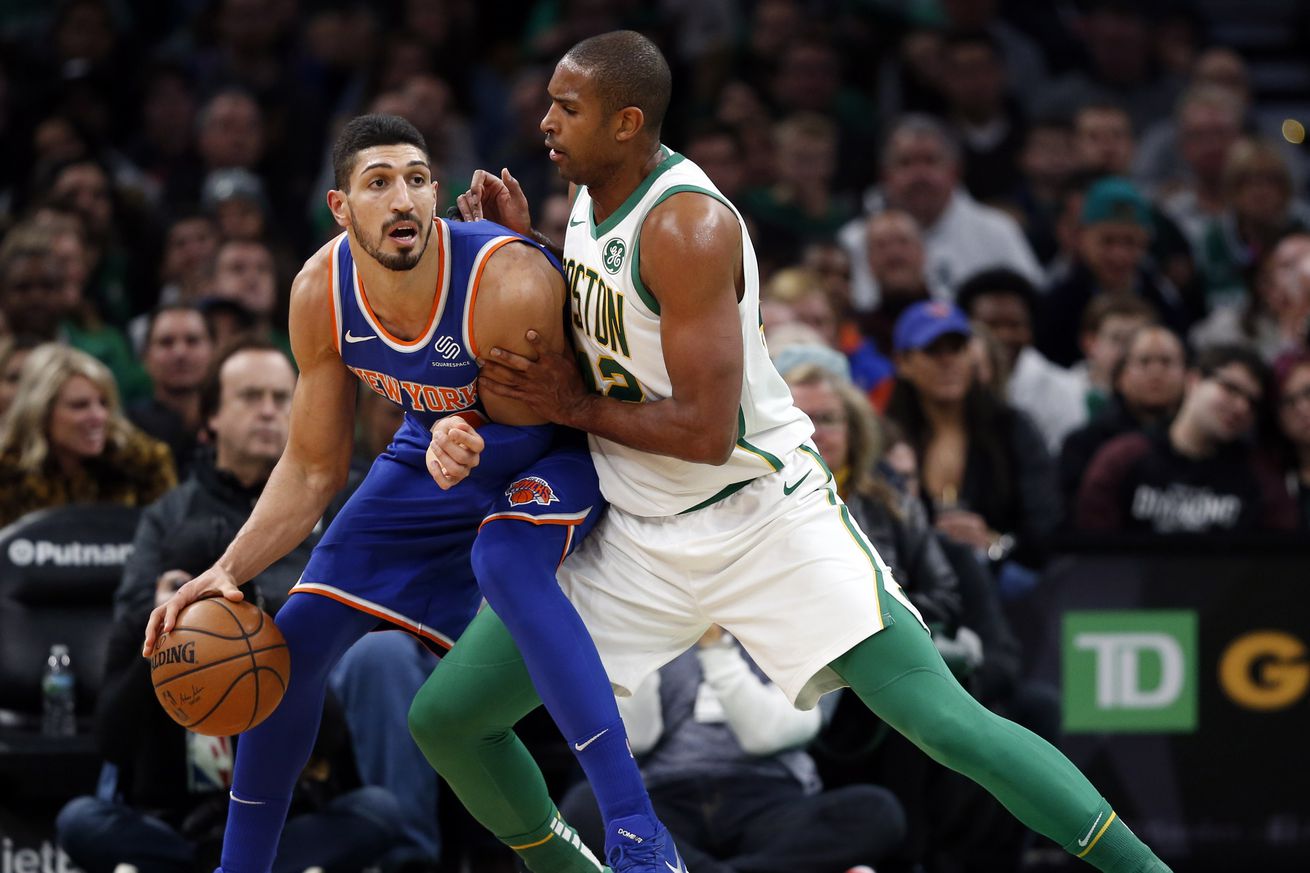 Enes Kanter and Kevon Looney are on Boston’s radar, per Shams Charania.

The Athletic’s Shams Charania reported that the Celtics will pursue Enes Kanter and Kevon Looney as big man options with their $4.8-million room exception.

Sean Deveney reported that Golden State will move quickly to retain Looney. The Pelicans and others will compete with Boston for him as outside suitors. Chicago is emerging as a contender for Kanter.

Boston allowed themselves to open $34.1-million in cap space by trading Aron Baynes and a first-round pick to the Suns at the NBA Draft. Multiple reports indicate that the Celtics will be front runners for Kemba Walker on Sunday. His $32.7-million max salary would wipe out Kyrie Irving, Al Horford, Terry Rozier and Marcus Morris. It would also leave little money for options at center.

Robert Williams and Guerschon Yabusele are the only Boston big men under contract. Williams played extremely limited minutes his rookie season and struggled with injuries. Yabusele could not crack the rotation in his first two NBA seasons.

The Celtics maintain enough cap space to keep Daniel Theis’ hold on the books. He would return as a cheap and reliable center option. After a 2017-18 knee injury, he regressed slightly from his excellent rookie contributions.

Looney, a standout big option during the Warriors’ 2019 NBA Finals run would bring playoff experience. Kanter is a seasoned veteran, master rebounder, excellent post scorer and can shoot the ball. He’s also one of the worst pick-and-roll defenders in basketball.

All could exceed their $4-million price range, or bring risk at a position where the Celtics will desperately need some stability. Cousins is off two major injuries last season. Kanter’s defensive liabilities would raise concerns. Jordan, Dedmon and others will have enough teams on their radar to at least garner a bigger offer via a non-taxpayer room exception

In Cauley-Stein’s case, restricted free agency would tie up Boston’s time in a market likely to move quickly. There’s no perfect choice here, nothing that compares to Horford by any means, but options do exist.