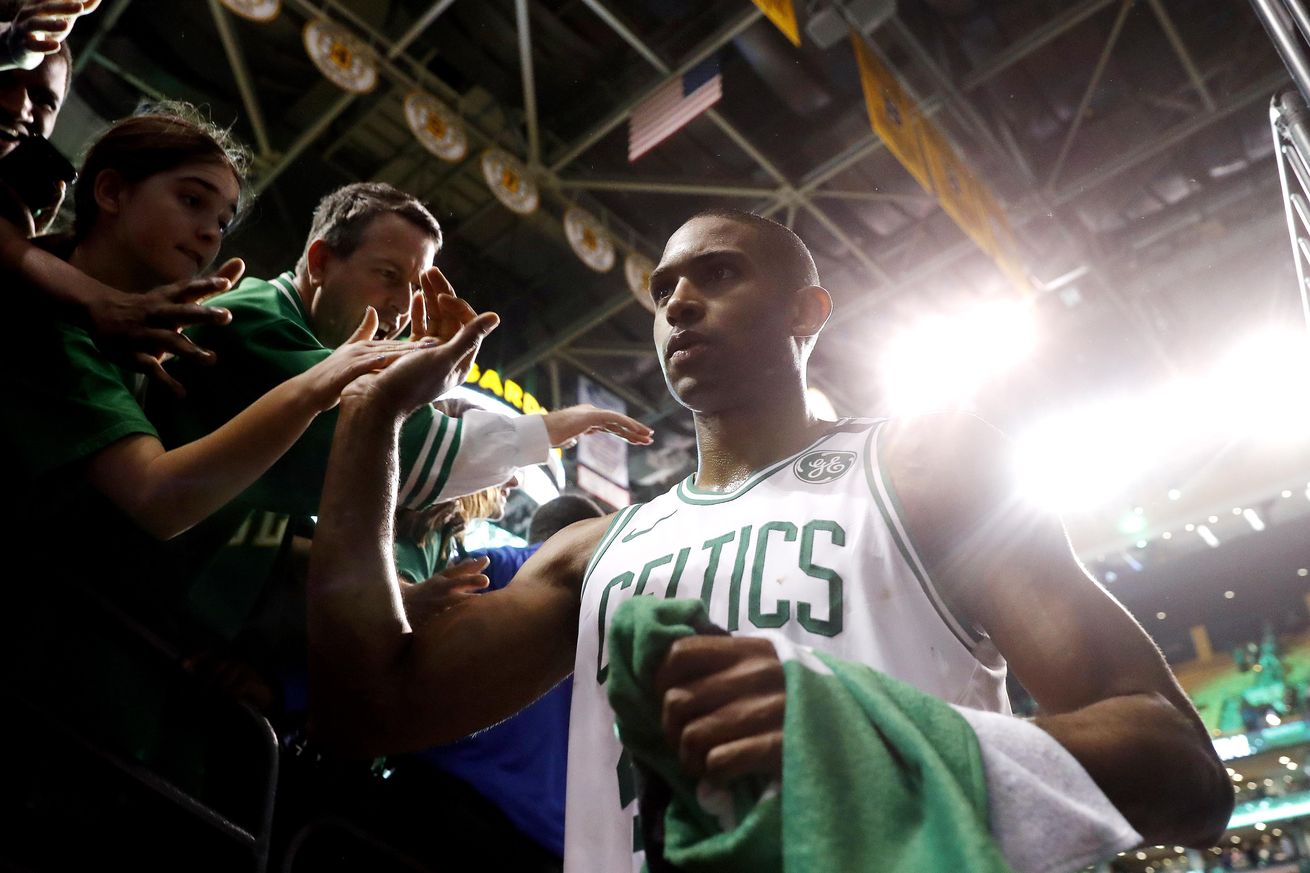 After Al Horford elected to not pick up his $30.1 million player option for next season, it was widely assumed that he and the Celtics would agree on a team-friendly new deal that would see him play out the remainder of his prime in Boston. Instead, Horford’s unrestricted free agency took an unexpected turn when it was reported that he was leaving the team for a lucrative $100+ million contract with a mystery suitor.

The plot thickened this afternoon. Over the last week, potential landing spots have included teams from both conferences like the Philadelphia 76ers, New Orleans Pelicans, and Dallas Mavericks. Today, it was reported that Horford could join another team on the rise with a stable of young talent:

According to The Sacramento Bee (@sacbee_news), Horford is receiving a “massive offer” from the Kings after the opening bell on free agency sounds at 6 PM

The Kings certainly make sense. With a young core of De’Aaron Fox, Harrison Barnes, Marvin Bagley III, Bogdan Bogdanovich, Buddy Hield, and Harry Giles, Horford could be the calming veteran presence that he was for the Celtics in Sacramento. However:

Despite the Kings’ significant interest in Al Horford and plans to make a massive offer, a source tells @TheAthletic that they are under the impression he’s likely heading elsewhere.

“Elsewhere.” And now, there’s some speculation that Horford could remain in Boston:

With all the mystery and uncertainty surrounding Al Horford and what exactly is out there for him, don’t slam the door closed on a return to Boston for him. How? Unclear. But that door is still ajar just a little bit. No bridges have been burned or feelings hurt on either side.

Former CelticsBlogger and current Ringer Kevin O’Connor is hearing the same thing. It would take some salary cap manipulation and several teams working out sign-and-trade scenarios, but it is possible:

Celtics could, of course, face big issues trying to convince both teams to help them this way… But, if it worked, they’d end up $34M below the hard cap to 10 players, with rights to their free agents (Al Horford, Marcus Morris, etc.), access to MLE, etc.https://t.co/Ar1t91wdZ4

The Boston Globe’s Adam Himmelsbach reported this morning that despite rumors last night that the Celtics were renouncing Terry Rozier outright, he’s still a restricted free agent with most notably the Hornets and Mavericks interested in his services. Himmelsbach is also reporting that Horford will speak with prospective teams tonight and make a decision Monday or Tuesday.