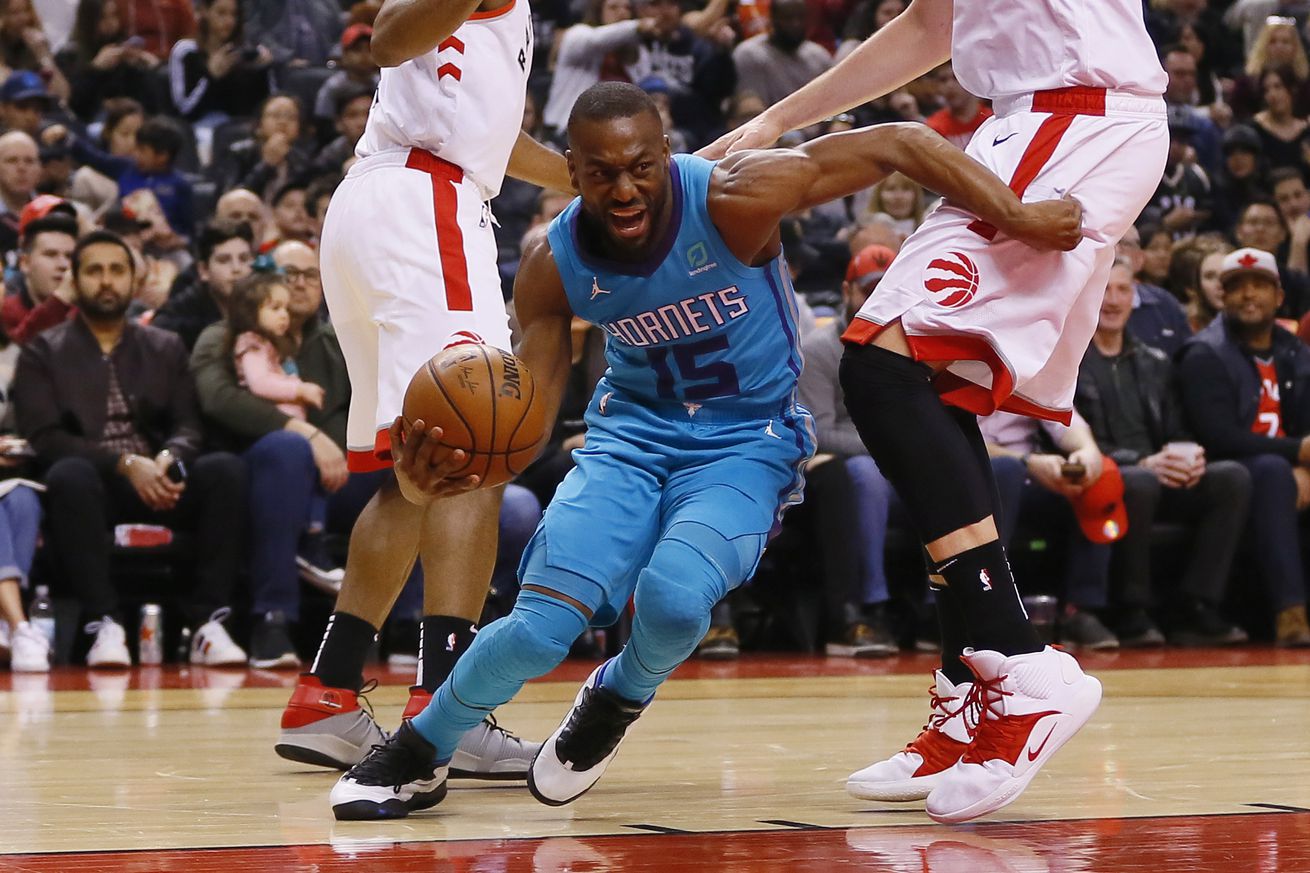 Kyrie Irving might not be fond of the Boston Celtics, but you’d have to think even he would appreciate the karmic justice of a star point guard simply stepping into his signature shoes the minute he left Boston behind.

In those shoes stands Kemba Walker, three-time All-Star, fresh off an All-NBA season. The natural inclination will be to label him the next Irving, the next Isaiah Thomas, but that’s not the case. Kemba is Kemba, and Kemba is awesome.

Walker has a whole host of outlier skills, but his game is predicated upon two in particular: pull-up shooting and momentum manipulation.

Walker’s one of the NBA’s premier pull-up shooters. Each of the last three seasons, he’s led the league in half court off-the-dribble jumper attempts. Despite that ludicrous volume, his efficiency on those shots has ranked in the 86th, 85th, and 86th percentiles.

What’s really interesting about Walker’s consistent efficiency and volume on pull-ups is his lack of range. Walker doesn’t opt for the true bombs with which Stephen Curry and Damian Lillard captivate. In 2018-19, Curry attempted 165 3-pointers from beyond 28 feet (made 62), Lillard 126 (made 44). Heck, Reggie Jackson attempted 61 (made 18). Walker took 36…and made 7.

Without the ability to get off high-percentage looks from outer space, Walker is still one of the most prolific and accurate pull-up shooters in the league. On its surface, that makes little sense, but that’s where the momentum manipulation comes in:

As Walker rounds the screen, Draymond Green comes virtually to the level of the screen at the 3-point line. As he sees Walker approach with forward momentum, he starts to backpedal. Where a normal player wouldn’t be able to so seamlessly translate that horizontal momentum vertically, Walker can. He stops on a dime and remains behind the 3-point line.

And take Lillard’s as a point of comparison:

Look how Kemba’s 3-point attempts hug the arc compared to Lillard’s. Some of this is attributable to scheme—Lillard simply has ball screens set higher for him. But this is also coaches adapting to their stars: Terry Stotts to Lillard’s all-time range and James Borrego to Walker’s special momentum control.

I use to the term momentum control to be intentionally broad. It’s not just this ability to translate horizontal to vertical and rise up when defenders assume it impossible. Walker has special, special stop/start and change of direction ability:

The physics of Kemba Walker make no sense. No one should be able to kill and create speed like that. With Charlotte, that supernatural ability was most apparent in his pick-and-roll play:

In both clips, watch how Cody Zeller changes the angle of the screen at the last second. Walker’s change of direction makes his defender uniquely vulnerable to screen-flipping. He can set unsuspecting defenders up in one direction, vanish in the other, and the pull-up is in the net before the defender figures out where the hell Kemba went. The product was intimidating scoring in the pick-and-roll last season, as Walker ranked in the 90th percentile in efficiency scoring in the pick-and-roll.

There’s untapped potential for the change of direction-shooting union over which Walker presides, though:

Marcus Smart, quite possibly the best off-ball guard defender in the league, gets absolutely dusted on the hard plant by Walker, which springs him for a wide open 3.

Harnessing Walker’s special deceptive movement will transform him into a killer off-ball threat. Brad Stevens will be able to deploy Gordon Hayward or Jayson Tatum or Marcus Smart as a ball-handler, and Kemba will sprint off screens, cut sharply, and leverage his overwhelming shooting gravity to compromise defenses with nothing but movement.

Kemba Walker is not the last guy or the little guy before him. He’s Kemba, and that makes us all very lucky. With a couple of utterly elite, best-in-league caliber skills that work beautifully in conjunction, Kemba will bring an enjoyable, successful, and much-needed turn of the page for the Celtics. He won’t fill the empty shoes perfectly—no one in the league would—but he’s uniquely wonderful, and the Celtics will get the most out of him.