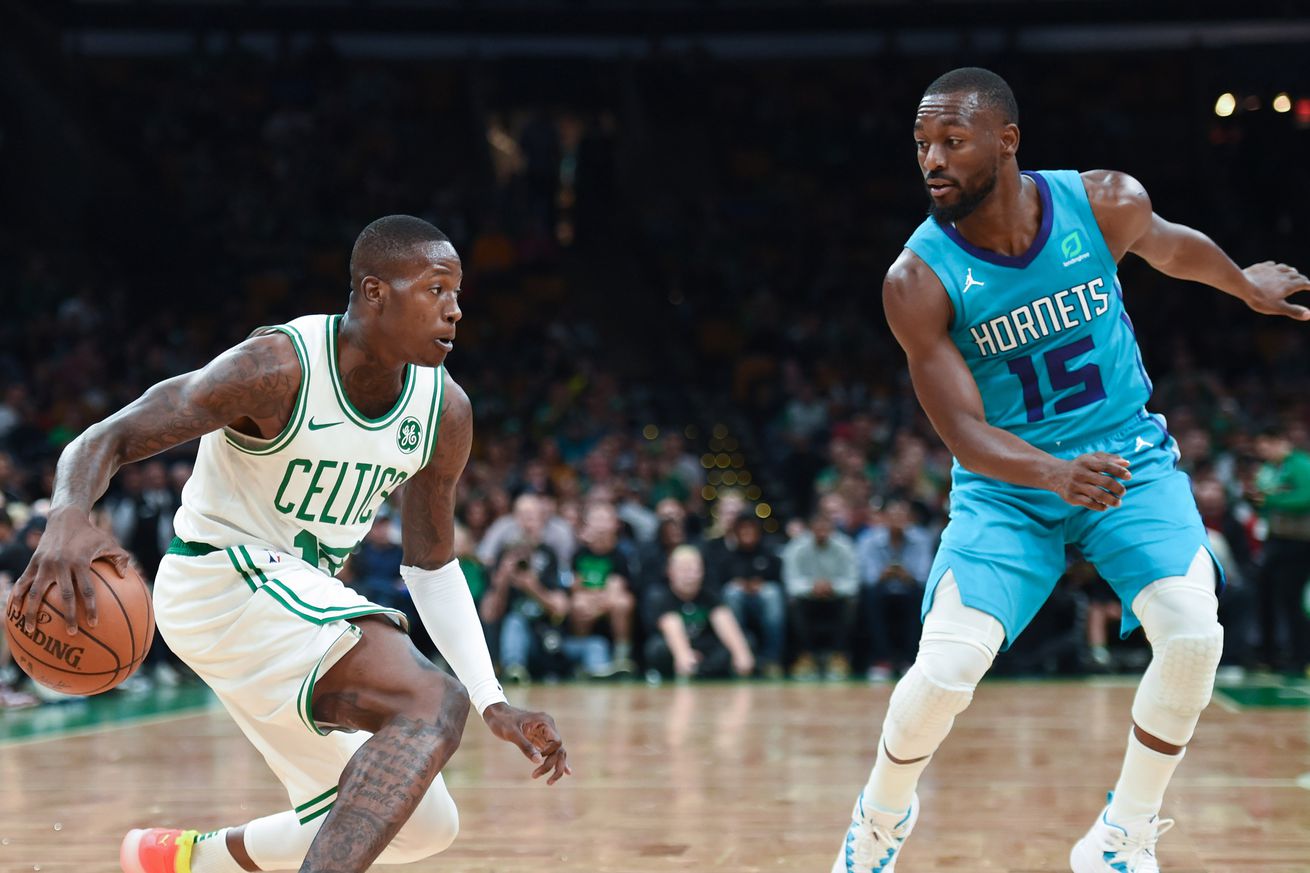 Terry Rozier would potentially be heading to Charlotte.

In a recent interview with The Boston Herald, Wyc Grousbeck talked about the possibility of “exotic scenarios” heading into the unknown of a franchise-altering off-season. A month ago, nobody could have predicted the departures of Kyrie Irving and Al Horford, trading Aron Baynes, or signing Kemba Walker, but here we are. To make things even more complicated, ESPN’s Adrian Wojnarowski is reporting that things could get even a little more crazy:

Here’s the reasoning for that pick compensation to Brooklyn from ESPN’s Bobby Marks:

There is no incentive for Brooklyn unless they are going to be compensated with a first round pick. The Nets would be hard capped and Boston would have the full $9.3M ML. They would also gift wrap Terry Rozier to Charlotte, a team that does not have room to sign him. https://t.co/4mczXEVAga

Boston doesn’t have cap space to sign Kemba & keep Horford on the books. Has to involve a series of S&T deals to create the means to keep Horford while also bringing in Kemba. It’s technically possible, but involves Brooklyn, Charlotte & possibly a fourth team having to say yes. https://t.co/j2tnliours

The other, simpler option, is that Boston still clears books for Kemba. Then they make another trade or two that sends out salary without taking much, if any back, and uses that cap space to re-sign Horford.

BUT: Simpler does not equal easy!

Boston needs help to pull this off. https://t.co/OOUqbBSZlk

If Danny Ainge can thread this needle and remain over the cap, not only does this secure the full $9 million MLE for the Celtics, but they’ll also retain the Bird Rights for Al Horford and Marcus Morris. Boston has been rumored to be the “mystery team” for Horford’s free agency.