One article of note from me this month: a re-cap of my visit to Amory’s Tomb, the Maynard brewery that specializes in Belgian beer styles.

There is a fight brewing between the local restaurant industry and the multitude of seasonal beer gardens that have popped up all over the city, with a major restaurant lobbying group pushing forward a bill that will effectively end the beer gardens. I understand why the restaurants feel that the playing field is unfair, but it sucks that this is their tactic. What really needs to happen is a complete overhaul of the idiotic and outdated liquor laws throughout the state, with breweries, restaurants, and other affected parties working together on reform that would be beneficial to all of the impacted businesses as well as consumers. I am not holding my breath on that ever happening. 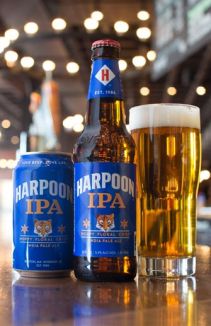 2018 was another year of significant growth for many local breweries, and the Mass Brew Brothers have an in-depth look at how many of the biggest MA breweries performed last year. The most eye-popping number is the sheer volume of beer being produced and sold almost exclusively onsite at Tree House.

Bearded and Brewed makes a strong case for reform of Rhode Island beer laws, which strictly limit the amount of beer that customers can buy directly from the brewery. I completely agree with his points, it is important for states to support laws that will allow for a strong local brewing industry. In an update, it looks like the state legislature is making progress on fixing this.

The Hoppy Tourist has a deep dive into Kveik yeast, which ferments beer quickly at higher temperatures. I agree that this yeast could be game-changing for small craft breweries, the quicker turnaround times mean they could brew more batches of beer on the same equipment.

Thrillist has a profile of Athletic Brewing Co, the local producer of flavorful non-alcoholic beers that is getting some national buzz. John Holl has another article on the growth of low/no alcohol craft beer. I think there is absolutely demand for non-alcoholic beers with more flavor variety (beyond light lagers), and it will be interesting to see how many breweries take a shot at these beers. 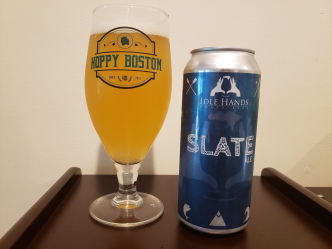 Boston Magazine has a list of 10 local beers to keep in your fridge this summer. Lots of excellent, easy drinking and full flavored beers on this list.

The Mass Brew Bros have a piece on how we can all be a little more eco-friendly as beer drinkers. Some simple solutions here and kudos to breweries like Stone Cow who are re-using plastic can holders.

Jack’s Abby has revamped the food program at their beer hall, hiring a new executive chef and updating the menu. 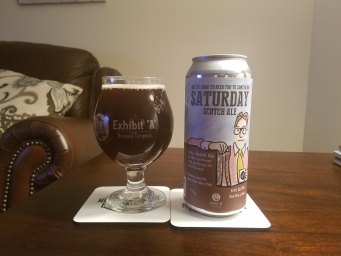 Brewery and beer garden openings: Zelus Brewing has opened their new Medfield taproom. BearMoose Brewing just opened in Everett, with a popular deli onsite. Tree House is opening a beer garden near the Prudential in Boston with help from the Berklee College of Music. I am sure that one will be kind of popular. Castle Island’s beer garden is open in Charlestown. Exhibit A is turning a rarely used parking lot near their brewery into an outdoor beer garden. Widowmaker is opening a waterfront beer garden in Quincy.

Nick O’Malley from MassLive picks his favorite IPA, and favorite non-IPA, from every brewery in Worcester. I love this format, satisfy the hop heads and the people who love style variety.

The Mass Brew Bros have a list of 5 Massachusetts bike paths that lead to breweries. 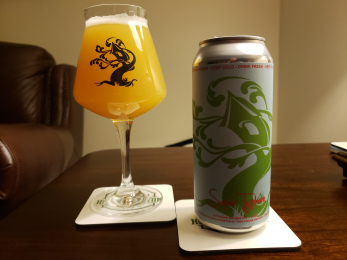 Worcester Magazine has a feature story on Tree House and other brewers of New England Style IPA. Love that haze. Bryan Roth also has a piece on the sub-style, and the breweries that are working to make some very different versions of the NEIPA.

Two Castle Island employees found that their fathers had an interesting beer-related connection, and brewed a special Father’s Day beer to honor it.

The Valley Advocate has a profile of Black Rabbit Farms, a local farm-brewery specializing in wild ales. 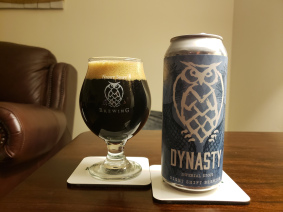 Night Shift continues to expand their business, moving distribution into Connecticut and launching lines of hard seltzer and coffee.

ValueWalk has a list of the best cities to open a new brewery in, with four local cities cracking the top 25. I am not sure that I agree with all of the criteria they use to lead to these conclusions, but it is an interesting exercise.

The new Encore Boston resort-casino is open in Everett, and Lord Hobo is brewing an exclusive beer for the casino.

Congratulations to local homebrewer, blogger and friend of Hoppy Boston Jason Chalifour for advancing to the National Homebrew Competition finals!

Local public broadcasting station WGBH is holding their annual beer festival fundraiser on July 13th, and they have an impressive group of breweries pouring.