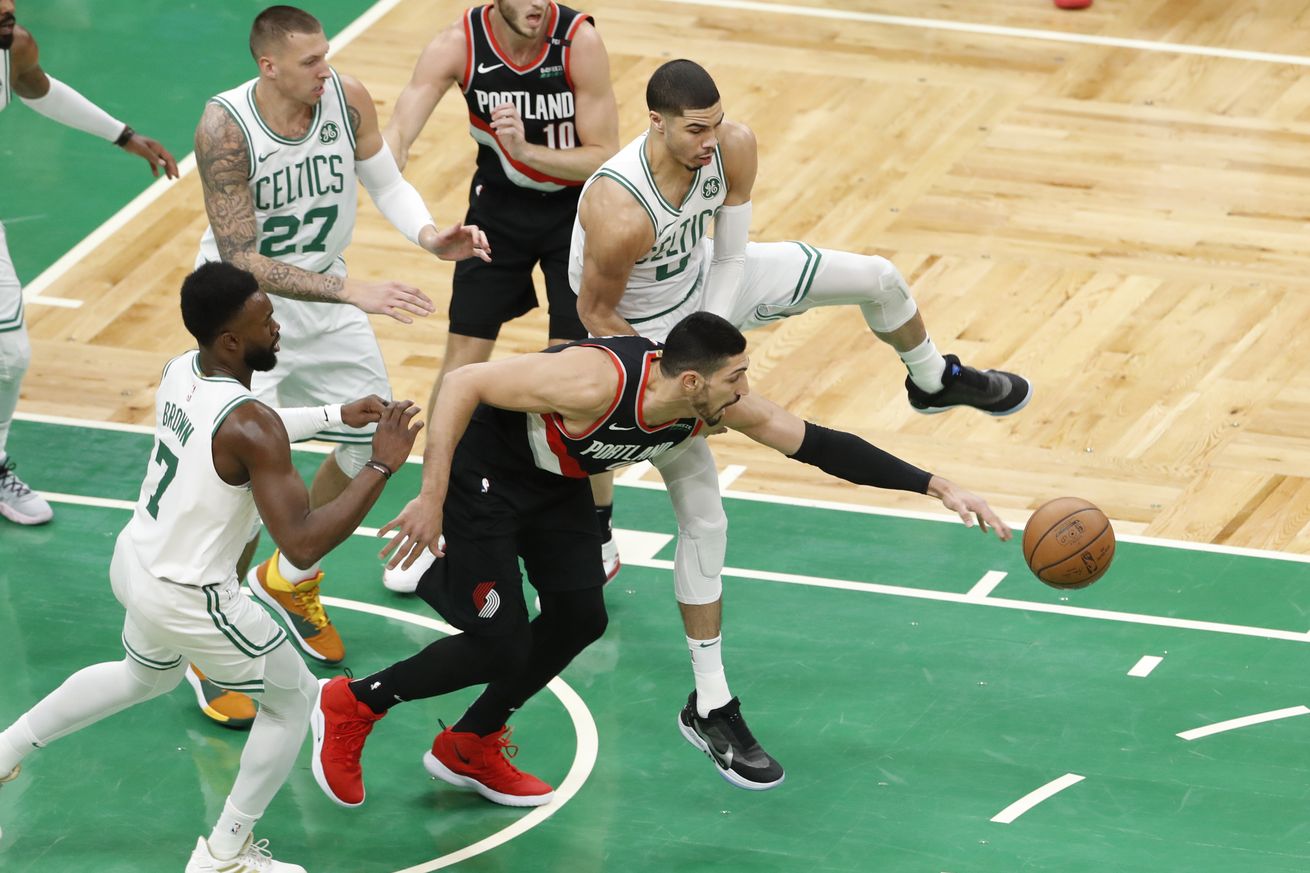 The Boston Celtics and Enes Kanter have agreed to a two-year contract worth $10M with a player option on the second year, per Shams Charania of The Athletic.

Boston’s frontcourt before this move was Robert Williams III, Grant Williams and Guerschon Yabusele, so adding an experienced NBA player certainly doesn’t hurt. For $5M a year, Kanter provides solid value as a scoring and rebounding big man, and he stepped in to help propel the Portland Trail Blazers to the Western Conference Finals last season after the nasty injury to Jusuf Nurkic. Kanter even played through injury as the Blazers made their playoff run.

Kanter is a monster on the boards, and his rebounding will be a big boost for a team that’s starving for size. His defense will be a big boost for other teams looking to capitalize on Boston’s size. Although he performed admirably on that end in this year’s playoffs, it remains to be seen whether he can translate that into success over the course of a season. Boston will really need Kanter to improve his pick-and-roll defense next year.

Jared Weiss of The Athletic reported that free agent Kevon Looney was also interested, but with the Celtics having access only to the Room Exception, ends wouldn’t have been able to meet.

Kevon Looney was interested in the Celtics according to a source with knowledge of his thinking. But Celtics are limited in the center market with only the room exception available.

Kanter does provide value on the offensive end, and although he’s not an elite floor stretcher, there are plenty of actions (outlined in this tweet) that can be utilized to maximize his potential on that end that lie within the arc.

According to CelticsBlog’s own Keith Smith, Boston will continue to seek frontcourt help.

Per sources: Celtics will look to add another big via the Minimum Exception. Team is also still interested in re-signing restricted free agent Daniel Theis.