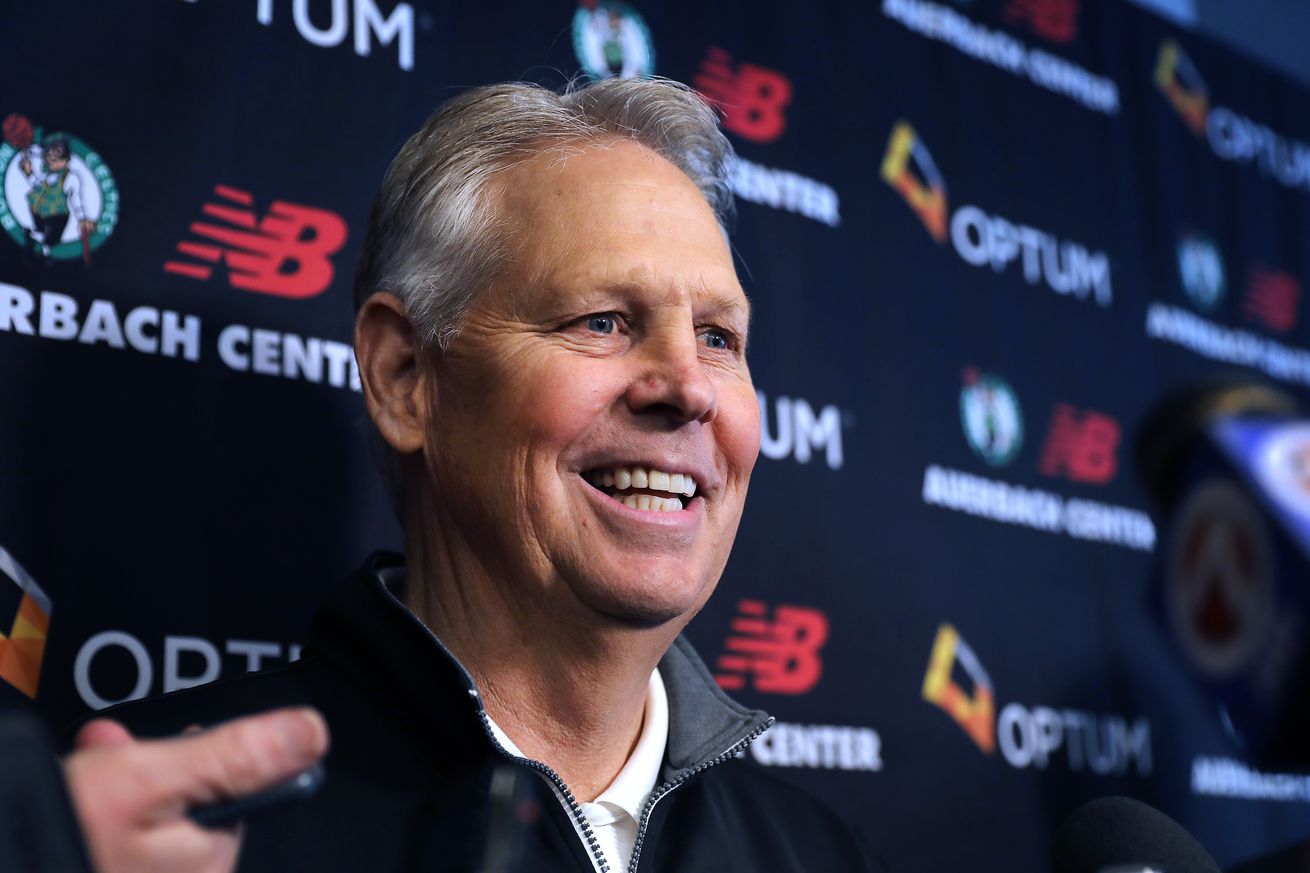 On the surface, the Celtics appear to be pretty much done with their roster moves. Here’s my simplified recap based on my limited understanding of the cap machinations:

Kemba Walker has agreed in principle to be signed-and-traded to the Celtics (with Rozier going the other way). That uses up most of the Celtics cap space created by Kyrie Irving and Al Horford leaving. All that would be left is the Room Exception (used on Enes Kanter) and some spare change to sign Carsen Edwards. Then it is just veteran minimums and we’re done. Right?

Not so fast says Steve Bulpett:

The Celtic roster you see today will not be all that you see in the middle of October. The club is not done making moves, and according to teams around the league that we spoke to Monday, the C’s are very active in trying to see what free agents may still shake loose and what kinds of sign-and-trade deals could free up a better chunk of money to attract a large person.

Because of this latter point, the timing of the moves we already know about will have to be sequenced properly to get the maximum benefit — sort of like the crew of Apollo 13 had to work things to have enough power for re-entry.

I’m not even going to begin trying to figure out what else the Celtics can do under the cap this summer. I’ll leave that to smarter people than me. Thankfully Danny Ainge and Mike Zarren are some of the smartest around.

On the other hand, trying to do something isn’t the same as doing it, so we’ll have to see how successful they are. There are 29 other teams out there trying to maximize their own leverage and nobody is looking to do the Celtics any favors (well, other than the Hornets apparently).

The current roster looks less talented than last year’s version was, largely because of the departure of Al Horford. But don’t forget we’re also losing Marcus Morris and Aron Baynes has already exited. Still, there could be intangible upgrades that I’ll talk through in a subsequent article. At the very least this team looks more fun to follow and cheer for from the start.

Can Danny make additional moves that put this team in position to be a contender? Or will we have to settle for a roster of good guys that would have to exceed expectations to enter the contending group of teams?