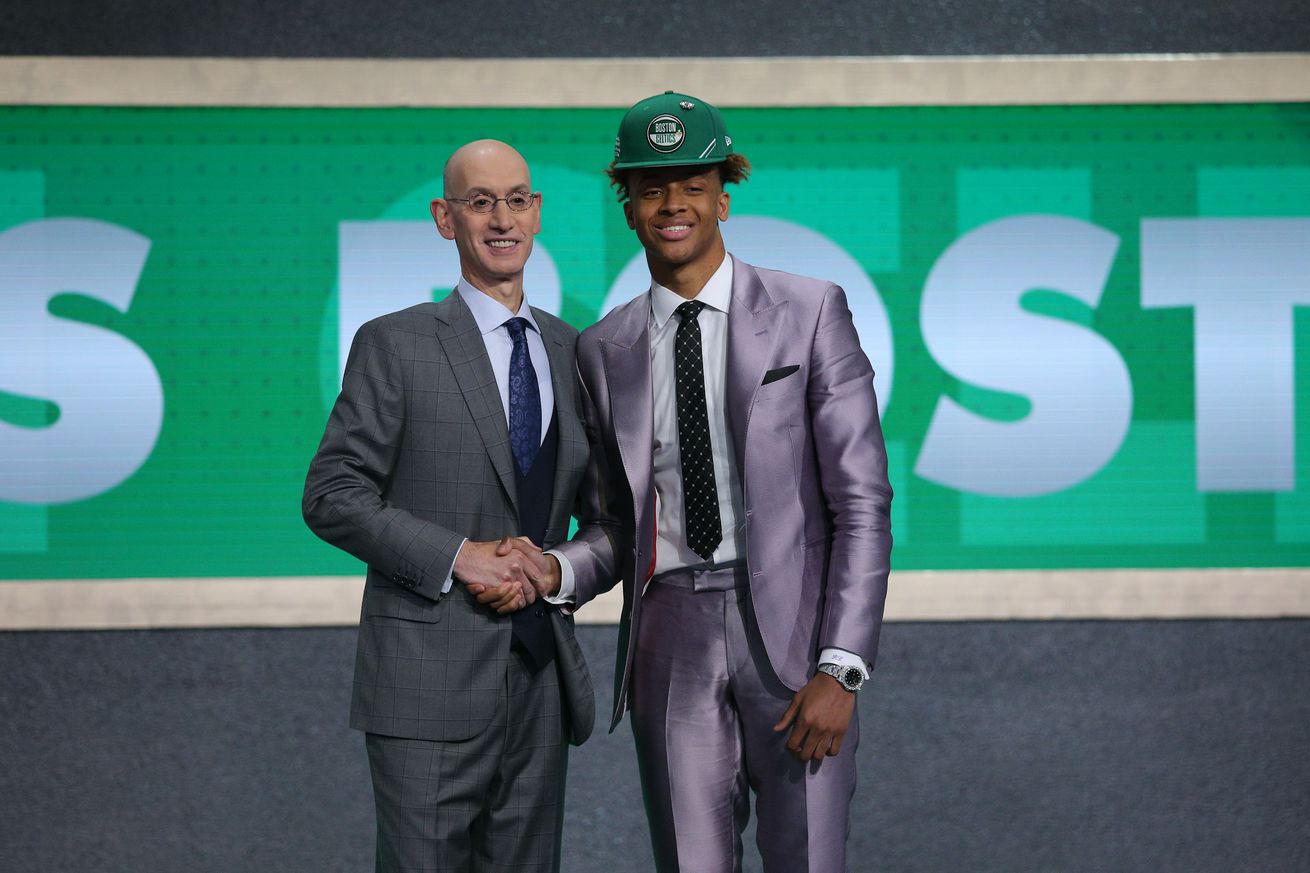 The Celtics youth movement continues next week at the Vegas Summer League.

The 2019-2020 season is still over three months away, but for the newest Celtics, July is a proving ground. Since the start of free agency, the Celtics have lost more than they’ve added. The departures of Kyrie Irving, Al Horford, Terry Rozier, Aron Baynes, and (presumably) Marcus Morris have been softened by the signings of Kemba Walker and Enes Kanter, but there are still holes in the roster that second and third year players and this year’s rookie class can fill in.

The Summer League squad met with the media on Monday and after a season of locker room turmoil and bad chemistry, their youthful exuberance was a welcomed change in The Auerbach Center. Grant Williams has been the wide-eyed darling of the rookie class to the media. He’s well aware of the history of the franchise and the opportunity in front of him and he’s showing it on the court already. Summer League head coach Scott Morrison commended Williams for being vocal and consistently making the right play.

“My expectations were that this was going to be a hard-working culture. It was going to be a place where you were going to learn pretty quickly and they’re going to spends a lot of hands-on time with you. That’s definitely the environment,” Williams said. “You think of Boston as a city, it’s a sports city. They’ve shown a lot of love, not only to myself, but to the other players. I feel really welcomed.”

Williams also spoke glowingly of now veteran Robert Williams III. The two played against each other in the SEC when Grant was in Tennessee and Robert was at Texas A&M. Timelord is now a veteran of the Summer Celtics–a stark difference from last year–and has an opportunity to contribute next year. “There’s a lot of opportunity that we all here grinding for, I’m here grinding for, putting in the work. Hopefully, things happen,” Williams said.

There was one glaring absence from the practice floor. Romeo Langford, the #14 pick in the draft, is still recovering from a torn thumb ligament in his shooting hand and will most likely not participate in Vegas next week:

No live action yet for Romeo Langford.

Scott Morrison: “For the next week or two, it’s going to be very light. … Goal is to make sure he is aware of everything that we’re doing so when he comes back in August or September … he has a head start on our system, our terminology.” pic.twitter.com/0exhtmcehU

However, even with prized rookie Langford on the sidelines, you couldn’t miss Tacko Fall. The undrafted Fall signed an Exhibit 10 contract that will allow the Celtics to evaluate the UCF center in Vegas and training camp in October. Fall is 7’6 and wears a size 22 shoe, but the coaching staff noted how surprised they were with Fall’s mobility. “It’s a different experience when you see me live. I’ve really worked on my body and my conditioning. There’s a lot of things I’ve done in the off season that have helped me improve undoubtedly.”

He added: “I think we’ve been very impressed w/him. Everyone expected him to be real slow but he’s shown a mobility that we weren’t necessarily ready for. Even in the scrimmage we just had he beat some guys down the floor, caught the ball at the rim, kept the ball up and dunked.”