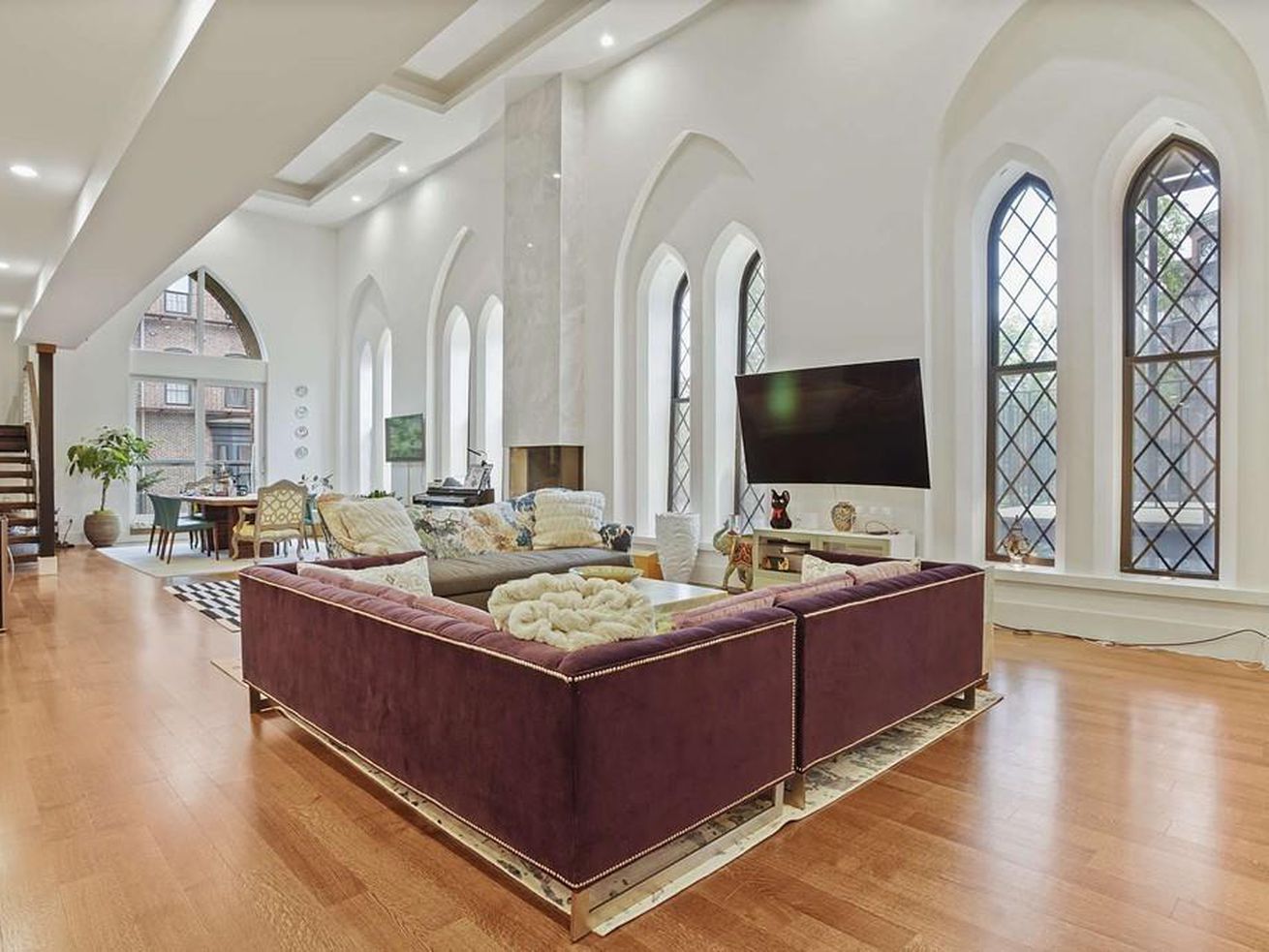 Given its provenance as one of nine units carved from the historic Concord Baptist Church, the capaciousness of Unit 204 at 201 West Brookline Street in the South End is no surprise.

It’s all on sale, with two garaged parking spaces, for $4.05 million through Campion & Company’s Tracy Campion. The church itself relocated in 2011 to Milton, and the conversion commenced several years later.