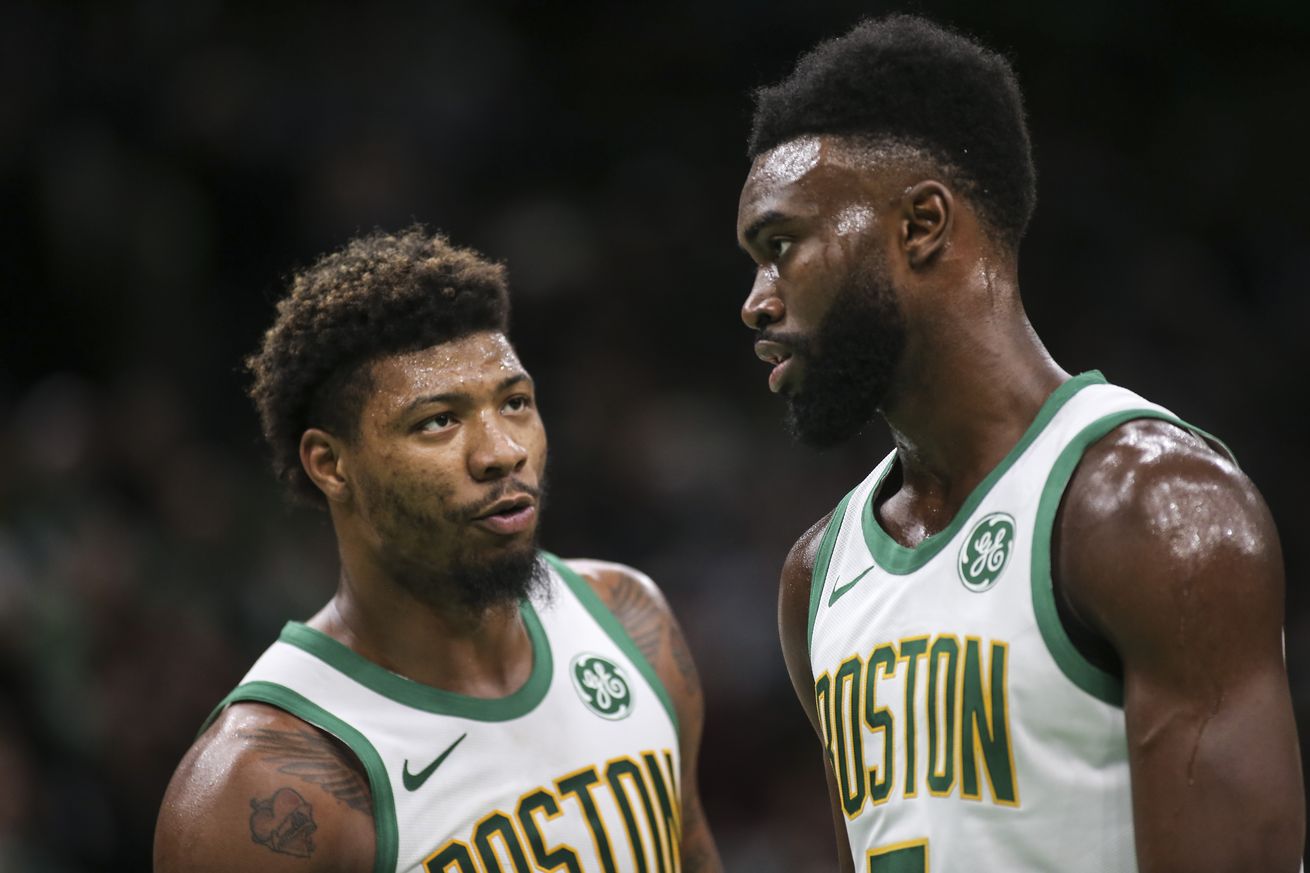 Photo by Nathan Klima for The Boston Globe via Getty Images

The Celtics must answer some difficult questions about their rotation for the upcoming season.

With the exception of the perpetually-in-limbo 15th roster spot, the 2019-20 Boston Celtics are just about set in stone. What’s done is done: Kyrie Irving and Al Horford are gone, and in come Kemba Walker, Enes Kanter and a cadre of exciting rookies. It’s time for the Celtics to look forward and formulate exactly what this new iteration of the roster will look like.

I believe it’s safe to assume that Kemba Walker, Jayson Tatum and Gordon Hayward are all locks for the starting lineup. They’re the highest paid and highest upside players on the roster, and the three players most likely to earn All-Star honors this season. How things stack up around them, however, remains a little unclear. Let’s break down a few lineup decisions that Brad Stevens and co. will need to address in the early going.

The Celtics’ most immediate lineup decision has its roots in last season. With the team scuffling their way to a .500 record in their first 20 games, Stevens made an infamous roster change, shifting Brown and Gordon Hayward to the bench and promoting Smart and Marcus Morris in their place. The move proved fruitful for everyone involved; Smart and Morris helped provide some stability to the starting lineup, while Brown blossomed as part of the new-look bench mob. In a season where very little seemed to go right, it was a rare move that worked out positively.

Now, Stevens has to revisit the same decision for the new season. The calculus is complicated. Smart played some of the best basketball of his career as a member of the starting lineup last season, and should thrive alongside Walker in a similar fashion to how he did alongside Irving. His improved three-point shooting from last season is also most likely to sustain in the starting lineup alongside so many other scoring threats, since it assures him plenty of open looks.

However, assuming Hayward rejoins the starting lineup in this equation as well, starting Smart leaves a slight dearth of ball handling and offensive facilitation in the Celtics’ second unit. Brown is still not a player who can create many looks for his teammates, so a perhaps unreasonable amount of responsibility for initiating the offense would fall to rookies like Carsen Edwards and Grant Williams. Smart’s stability as an initiator would be particularly valuable. As the most team-first player on the roster and the team’s emotional core, it’s unlikely that a move back to the bench would hurt his morale — plus, he’s still going to be closing games, anyways.

What’s more, Brown’s burgeoning chemistry alongside Hayward was a big part of his resurgence on the second unit. He’s an ideal archetype of wing to pair with the former All-Star, an excellent passer who mitigates Brown’s weakness in shot creation by getting him the ball in position to make a play. Sandwiching Brown between Walker and Hayward in the starting lineup will open up plenty of catch-and-shoot attempts and open driving lanes to the rim.

Ultimately, I think it’s better for the team if Brown returns to the starting lineup.