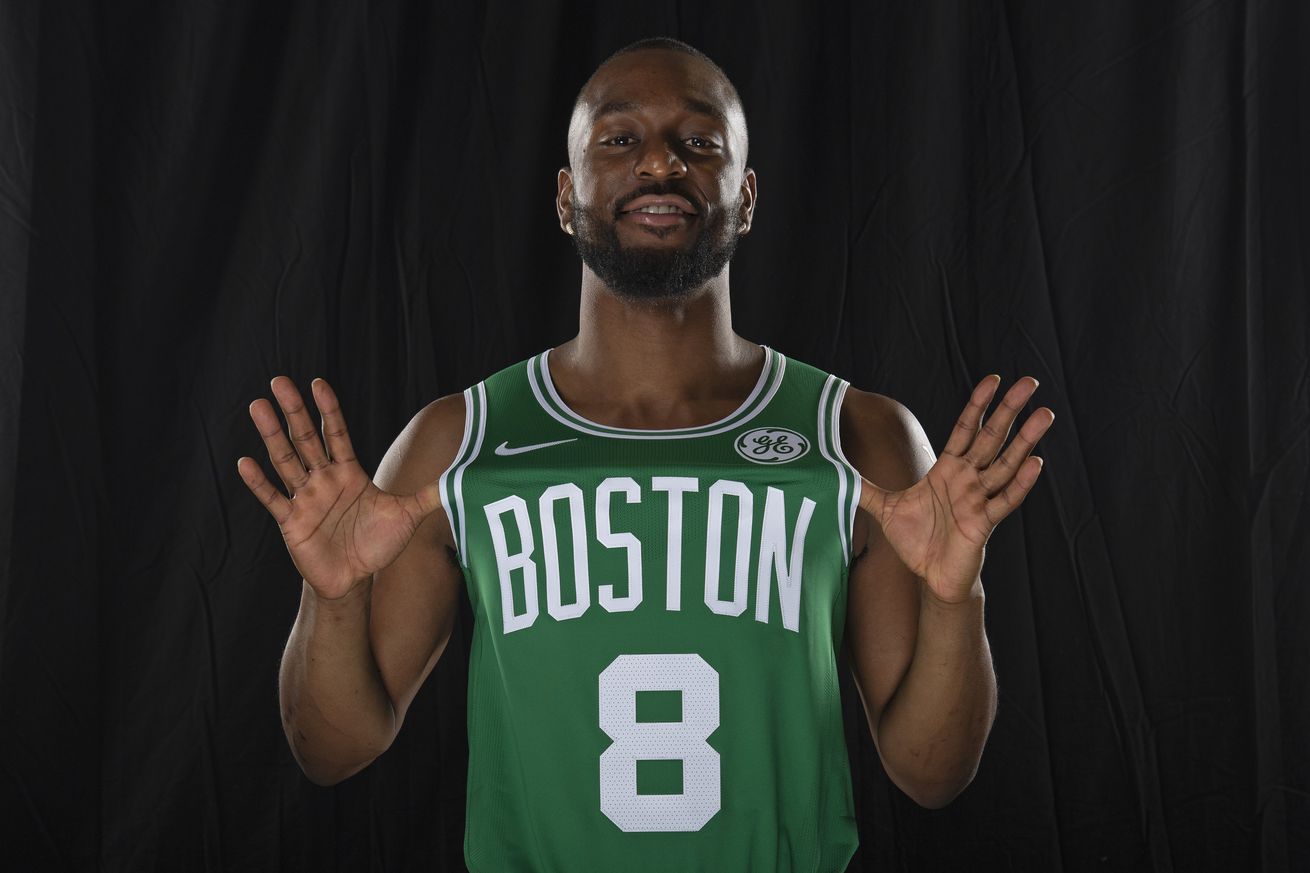 Between Kyrie and Tatum there is Kemba Walker

The Kyrie Irving era is over (it didn’t go very well). Many believe (as I do) that Jayson Tatum is capable of growing into a franchise player for Boston. While we wait for that to occur, Kemba Walker is the face of the Celtics bridging the gap between the two eras.

Stepping into the lead role after Irving left town on such a down note is a little like being born on 3rd base. There’s still work to do, but the bar is set so ridiculously low that it would be shocking to see Kemba as anything but a respected and potentially celebrated figure for the Celtics for years to come. I know “comparison is the thief of joy” but as Kemba admits, the contrast is going to be a narrative for a while.

Still, Kemba is his own person and should (eventually) be allowed the freedom to establish his own legacy in his own way. Given his track record and reputation, I don’t have any doubts or fears that he’ll do just that.

Looking ahead, when I close my eyes and imagine the Celtics in the not too distant future, I picture Jayson Tatum as the lead scorer and focal point of the team’s offense. If I may be so bold (and homerish) I would suggest that it could even happen as early as this year.

Would that diminish Kemba Walker’s place on the team? I don’t think so. For one thing, Kemba has already had his run as being “the Man” on a team. He has the superstar paycheck. He also has the respect of his peers and the NBA community at large. So there’s nothing more for him to prove except for winning.

He’s also a star that is refreshingly devoid of ego (while maintaining his competitive swagger). By all appearances he seems like the kind of guy that would welcome sharing the spotlight and accolades with a teammate that grew into a lead role. Walker is 29 years old and certainly has years left in his prime. But he could be shifting into a new stage of his career by the end of his current contract anyway.

Of course all of this is putting the cart well ahead of the horse and it very much depends upon Tatum (or Brown?) taking a huge leap forward in the near future. But the offseason is a great time to daydream because everything is perfect and nothing has gone sideways yet.

You don’t win titles in this era without multiple stars. Danny’s original plan was to pair Kyrie with Anthony Davis. The next era is already under way. Kemba is a plug-n-play star already and Tatum has the potential to be the next one. My guess is that Walker would welcome that development without hesitation.