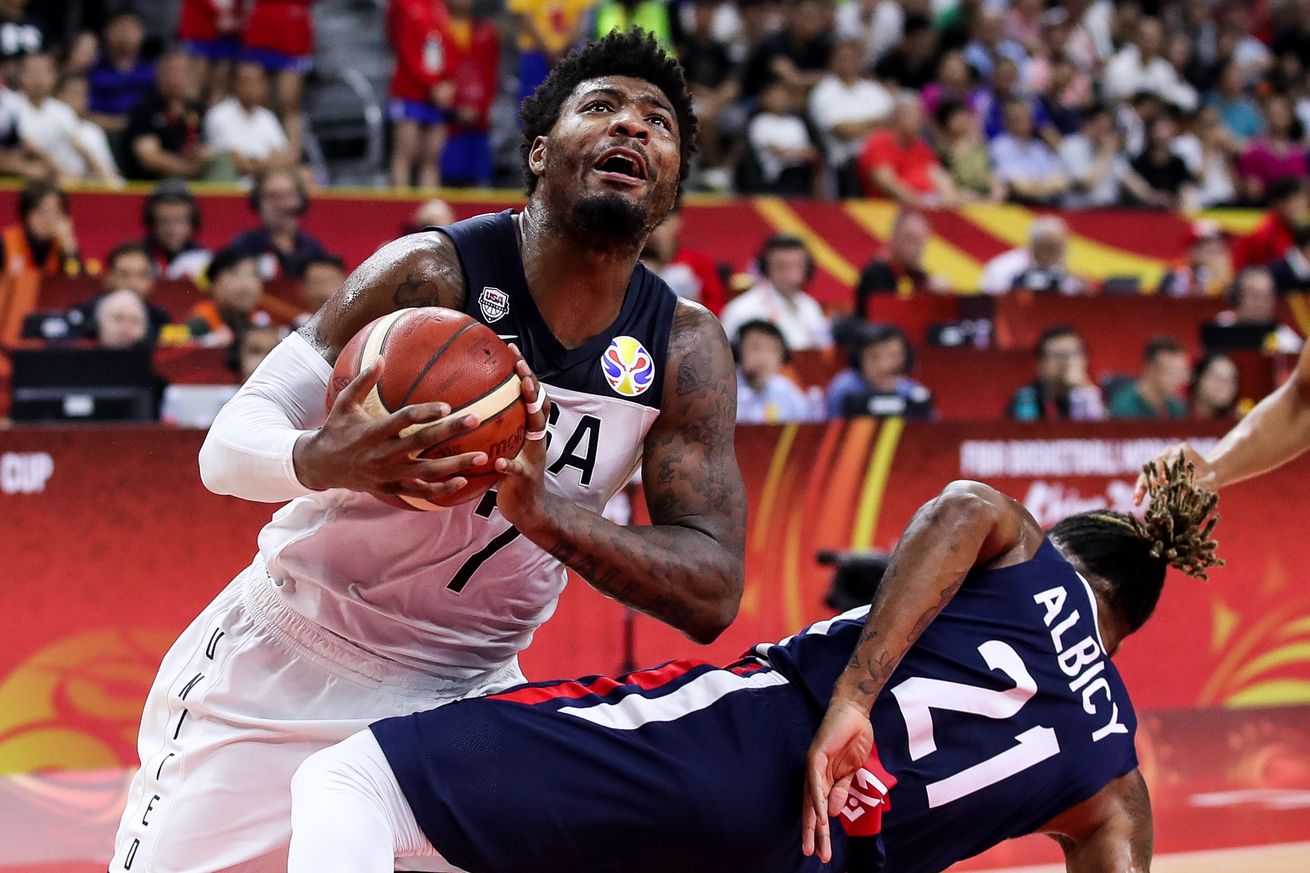 Nagging minor injuries for the Celtics guard will cause him to miss the remainder of the FIBA World Cup.

It looks as though Marcus Smart won’t suit up for Team USA again in the FIBA World Cup.

While the Americans lost to France, 89-79, in the quarterfinal round of the tournament Wednesday, there are still consolation games to be played, but Smart will be relegated to the sideline for those contests due to minor injuries according to the Athletic’s Shams Charania.

Charania reported that Smart was shut down due to soreness in his calf and quad — the Celtics guard missed time earlier with Team USA due to those injuries — along with a hand ailment.

Marcus Smart underwent X-rays on a left knuckle injury this week that came back negative, but soreness in the hand along with quad/calf soreness led to the decision to shut him down. https://t.co/bWfGsLBdqW

Charania added that Smart underwent x-rays on his left knuckle earlier this week that came back negative, but all the bumps and bruises added up to lead to the decision to have Smart miss Team USA’s remaining games.

Smart isn’t the only Celtic on Team USA dealing with injuries as Jayson Tatum sustained a sprained ankle in last Tuesday’s win over Turkey and hasn’t returned to game action yet.