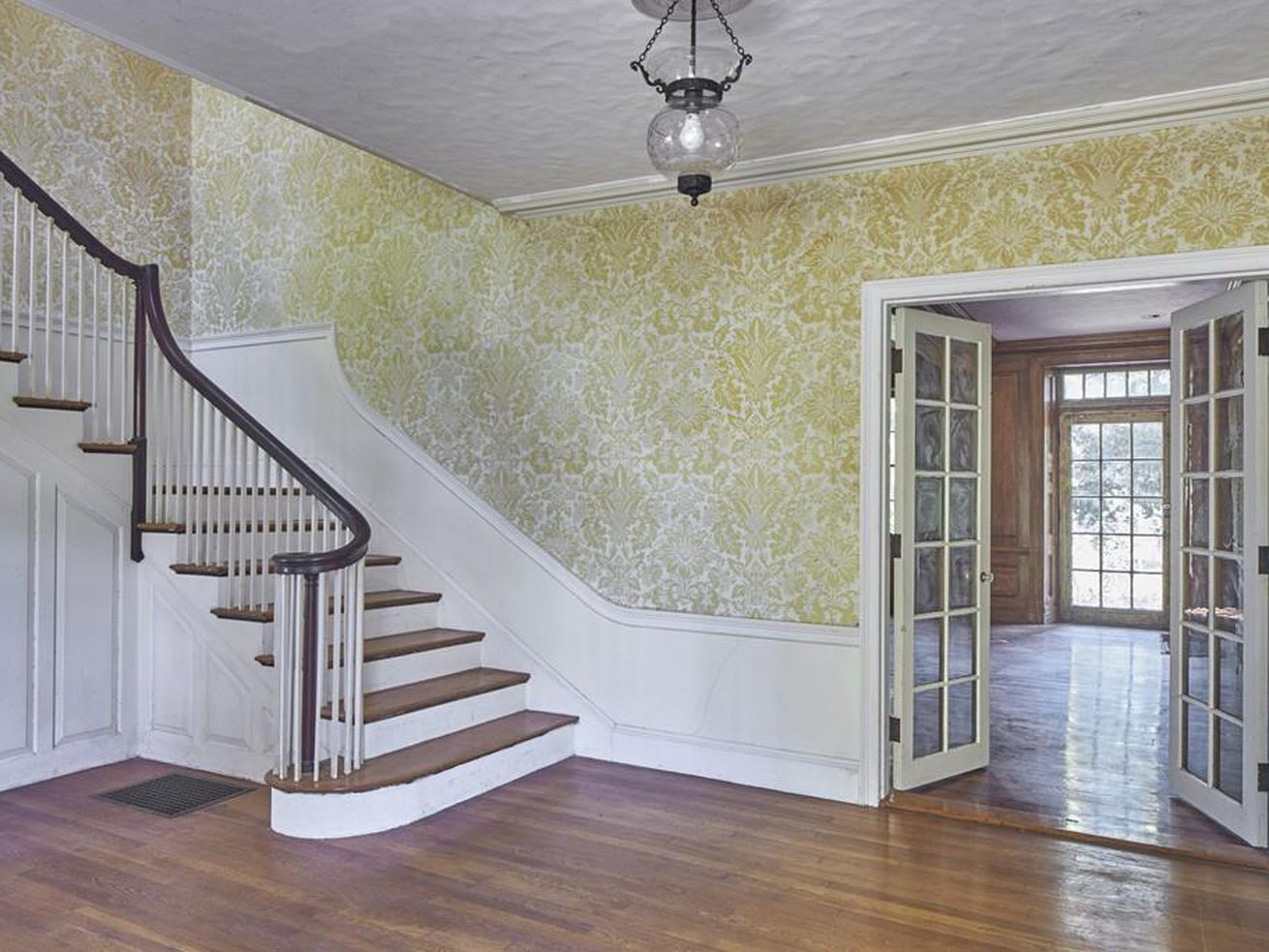 The Gibson Sotheby’s International listing describes the house as having “fantastic potential for renovation” and “as one of the few remaining opportunities to reinvent a significant property in the Old Cambridge Historic District.”

The house—the original address of which was the tonier-sounding 219 Brattle Street—certainly comes with some rich decades-old details, including fanlight and elliptical pediments, dentil moldings, and six-over-six windows.

Then there’s that sheer space, which includes seven bedrooms and six full bathrooms as well as six fireplaces and a carriage house. And, hey, while the aggregate total of $4.9 million is pricey by just about any measure, the $755 a foot that that breaks down to might be considered a steal for the wider region.