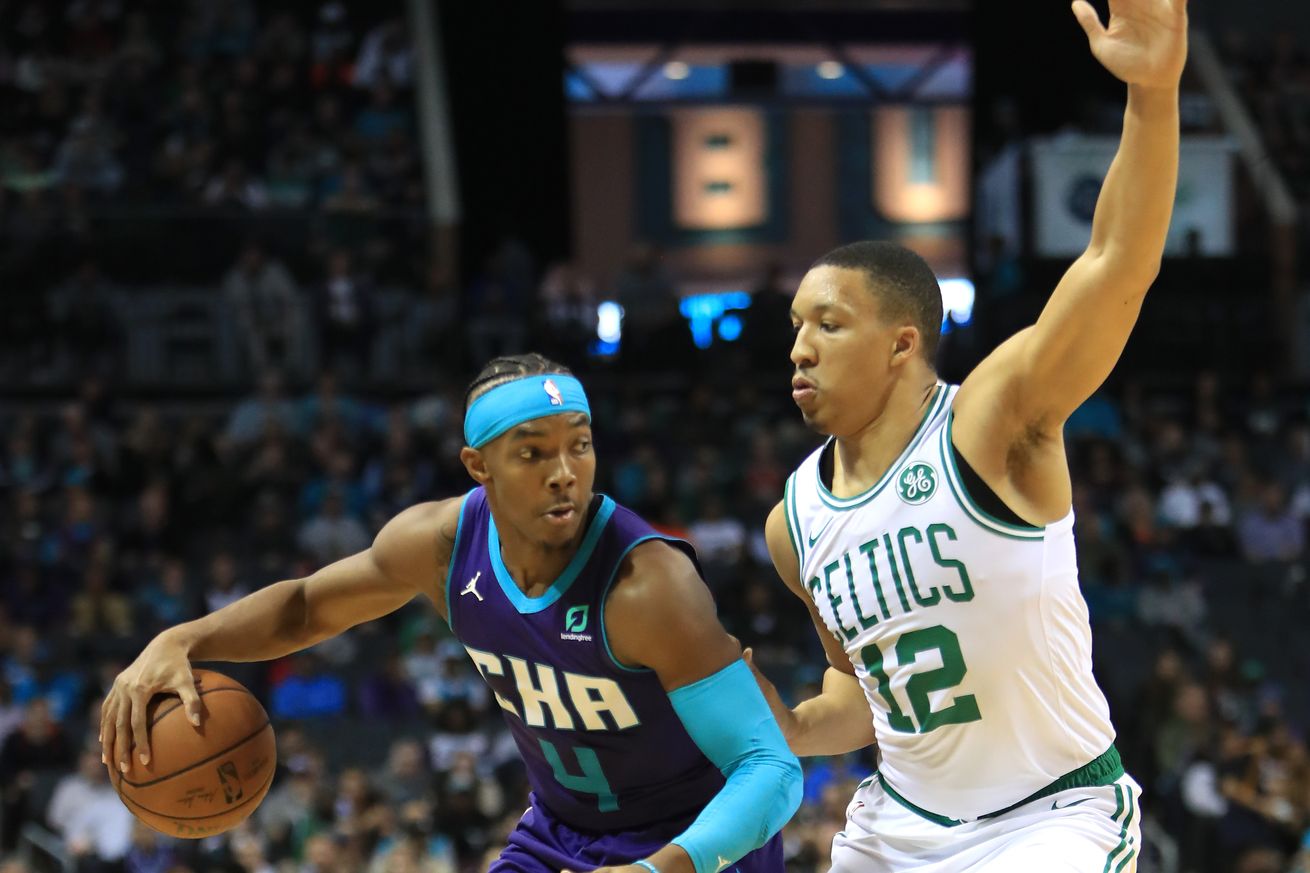 In his pre-game availability before the Celtics faced the Hornets, Brad Stevens talked about all the little things that Grant Williams does for the team. Stevens described him as “super smart” after the draft in June, called Williams “really smart” in training camp, and naturally, now has made the obvious comparison to Marcus Smart:

Brad Stevens says Grant Williams reminds him of Marcus Smart, in terms of his understanding of where to be on the defensive end. Adds he might be even over helping at times early on.

Thursday night was not just a homecoming for Kemba Walker. Grant Williams grew up in the Charlotte area and went to nearby Providence Day School. He even brought his own cheering section to The Hive for the game:

Grant Williams has quite the hometown section here to support him tonight!@Grant2Will | @ProvidenceDay | #Celtics | #Hornets pic.twitter.com/tq2kP81Wzx

Now, Williams’s box score line won’t exactly jump off the page: zero points, 2 rebounds, and 3 assists. However, his intangibles were on full display in all 15 minutes of his playing time. Stevens is fond of telling his players to make the “right basketball play.” Williams’ game film is a highlight reel of winning plays and a big reason why he lead the second unit with a +9 off the bench.

It’s a small hedge, but as soon as Williams recognizes Devonte’ Graham turning the corner on Kemba, he shades over and forces the kick out to P.J. Washington. Leaving a 45% three-point shooter might be ill-advised, but my guess is that coaches have told the players that the above-the-break threes in the corners are the lowest percentage from behind the arc.

Williams recognizes that Charlotte switched the Gordon Hayward-Kemba Walker off ball screen, so he patiently waits for Hayward to seal Terry Rozier. It’s a perfect lob entry pass for the easy layup.

Willliams again helps on a penetrating Graham and instead of giving up a shot at the rim, he’s forced to throw it out to Miles Bridges.

This ends up being a Robert Williams’ goaltend, but Grant is right there for the next defensive rotation on to Bismack Biyombo. He doesn’t go for a block or try to muscle Biyombo out of the paint. He stands up straight and solid with the contest.

With the shot clock dwindling down, Williams applies a little ball pressure and keeps his hands active against Dwayne Bacon and strips the ball. This seems simple, but where Grant excels–and in some ways, is better than Smart–is staying disciplined with his pressure rather than taking gambles.

This is the Jared Sullinger special. After slipping the pick-and-roll, he engages a third defender, Cody Zeller, and roots him out of the driving lane so Jayson Tatum can go relatively untouched for another easy layup. In another lifetime, Williams is a fullback in the NFL or Dwayne Johnson’s bodyguard.

This should have been a charge on Marvin Williams. The rookie is out of the restricted area, he’s got both feet planted, and he squares up to the contact. Like Smart, Grant is willing to take contact for the team. Williams is second in charges drawn for the Celtics with three (Walker has 5).

Statistically, Grant Williams has started off slow. After showing off his extended range in Summer League and during the preseason, he’s missed all ten of his three-point attempts and is shooting a dysmal 30.8% from the field. But he’s still an integral part of Boston’s 6-1 start to the season with all the little things he’s been doing so far. He’s averaging over fifteen minutes a game as a rookie and is a +27 for the season.