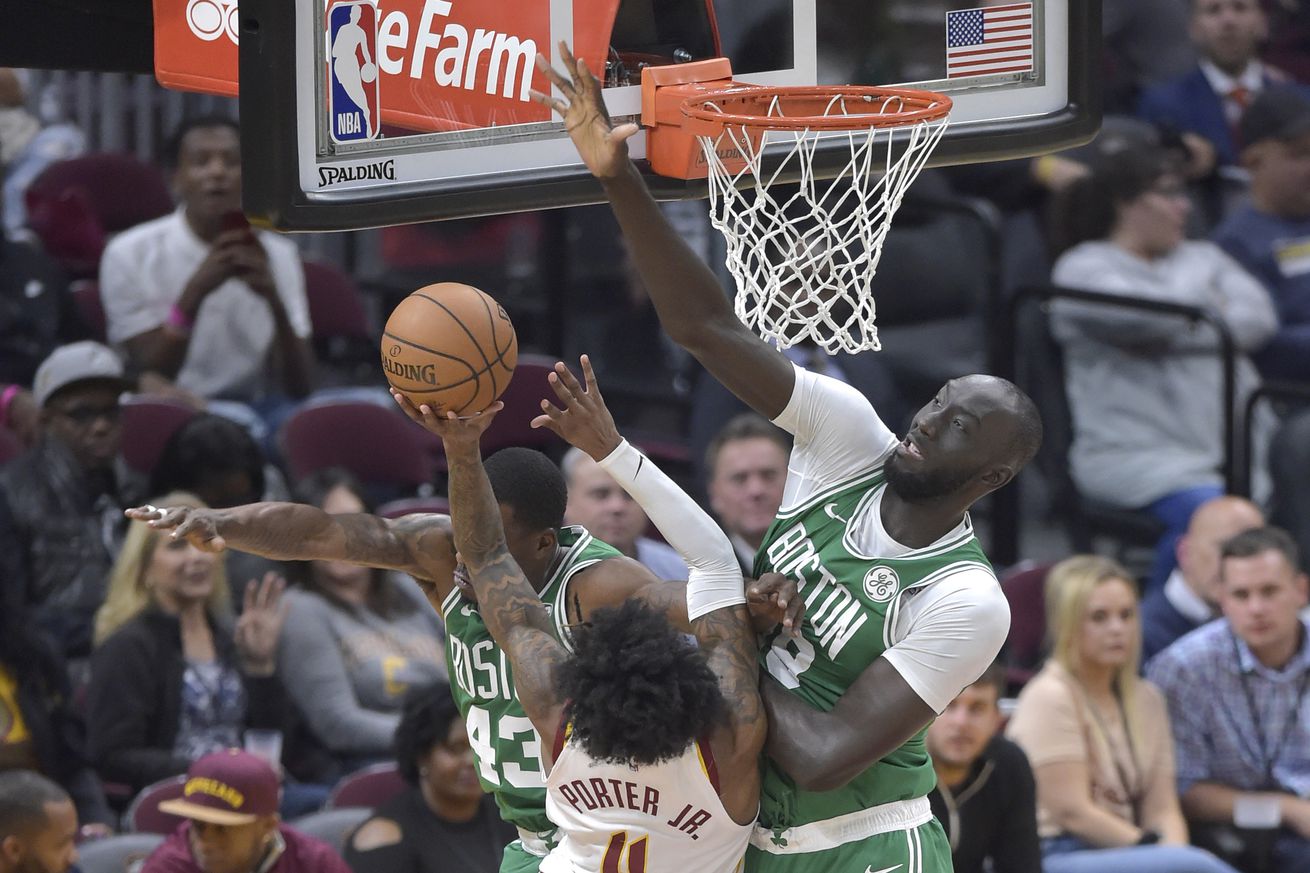 One game played, one record set and a victory. These young guys are special.

Last night marked the start of the G-League season for the Maine Red Claws. There are three Celtics rookies currently on the Red Claws roster: Tacko Fall, Tremont Waters, and Romeo Langford. All three were featured heavily in their debut.

Suiting up against the Delaware Blue Coats, both Langford and Waters were named as starters while Fall would be playing the back-up center position to Yante Maten.

Waters and Langford were both hot out of the gate. Waters displayed an ability to beat his man with a close handle and quick change of pace while Langford was getting anything he wanted on the offensive end.

It came easy for Langford, he looked terrifically confident with the ball in his hands while showing no fear at driving into traffic. Take this above play as an example. He fakes a screen then slips under the ball handlers defender.

Receiving the pass, Langford then turns on the jets to blow by his man and get into the lane, drawing a foul in the process and still converting the layup.

As the game continued into the first quarter the Blue Coats got their first taste of Tacko Time, with the big man using his size to cause them problems down low. There were times when his man would try to box him out, but Fall would just extend his arm for an easy put back. The G-League is going to have some scheming to do in order to keep him quiet. He’ll need to learn how to play against a system designed to keep him out of the paint.

Fall and Waters playing well off of one another is an encouraging sign. Multiple high pick-and-rolls were used between the pair which ended in buckets more often than not. Waters was also showing his range from three throughout the game, at one point drawing a foul on a deep shot and still hitting the original attempt.

Langford showed his skill set by dominating this game on both ends of the floor, while Waters displayed his pesky defense in all its glory. Fall did look a step slow in running back on defense at times, but that can easily be rectified with some time spent in the gym.

Overall it was a good game for the Celtics rookies where they got their first taste of the competition level they will be confronted with for the majority of the season. It must be noted that starting center Maten had a good night too, finishing the game with 24 points on 7-of-12 shooting. Fall will need to show improvements to dislodge Maten from this starting lineup.

It’s great to see that these three rookies contributed to the Red Claws largest points total in their history, with Langford and Waters combining for 55 of those while Fall went for a double-double with 13 points and 11 rebounds.

A great first game for this trio provides them with a stepping stone for improvement. Langford’s performance showed he will be knocking on the Celtics door sooner rather than later while Waters and Fall are in the best place possible for their development at the moment.

Here is the full box scores for the Red Claws:

And the highlights for the game are here:

One game played, one record set, and a victory secured. These young guys are special. Now, they have a platform to play regularly and hone their skills, ready for when their number gets called up to the NBA.