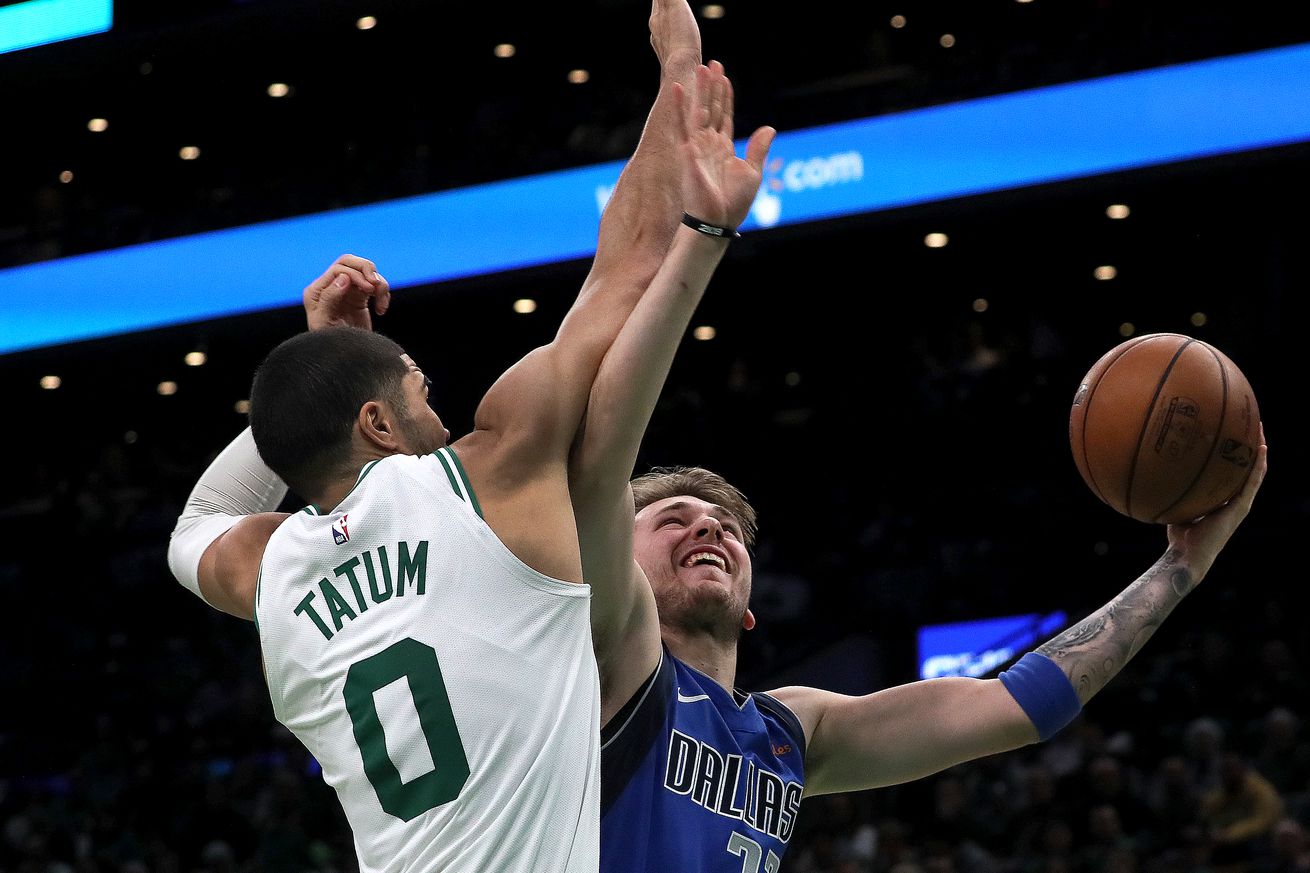 Celtics return home to take on the Dallas Mavericks as they seek their 8th straight win.

The Celtics return home after a very successful 3 game road trip. They went 3-0 on the trip and won in San Antonio for the first time in the Brad Stevens era. They will now be home for two games, including this one, and then head back out for a 5 game West coast road trip.

These two teams split the series 1-1 last year with each team winning on their home court. The Celtics lead the series all time 40-36. The Celtics have won 5 of the last 6 games but before that the Mavericks won 11 of the previous 12. This is the first of two games between them. They will meet again in Dallas on December 18.

The Celtics will be without Gordon Hayward who broke a bone in his hand on Saturday against the Spurs. He will see the doctors on Monday to determine just how long he will be out. Enes Kanter, who has missed the last 7 games, has been cleared to play in this game. Romeo Langford was recalled from Maine and is probable after being listed with an illness.

With Gordon Hayward definitely out for this game, it isn’t clear who will start in his place. My guess is that Marcus Smart will start at shooting guard and Jaylen Brown will move over to the small forward spot. However, he could choose to start Semi or Javonte, or even Grant Williams at small forward and bring Marcus off the bench. I would imagine that we won’t know for sure until half an hour before game time when Brad announces the lineups.

The Mavericks are pretty much at full strength. Kristaps Porzingis missed Saturday’s game against the Grizzlies with what the team said was “injury recovery, left knee” but was in actuality just for rest on the second night of back to back games. He is probable for this game.

Kemba Walker vs Luka Doncic
Doncic, last year’s Rookie of the Year, is averaging 27.7 points, 10.8 rebounds, 9.1 assists and 1.2 steals per game. He is the Maverick’s best player and so the Celtics must find a way to slow him down if they want to win. I would expect Marcus Smart to cover him much of the time.

Jayson Tatum vs Kristaps Porzingis
Tatum will have his hands full with Porzingis, who is averaging 20.1 points, 8.3 rebounds, 1.8 assists and 2.6 blocks. Marcus Smart smothered Porzingis to the point of tears in one game when he was in New York, but I expect Marcus will be busy guarding Doncic. But, since no one else in the Mavs starting lineup is averaging more than 9 points per game, the Celtics may be able to double Porzingis to try to help Jayson contain him.

Honorable Mention
Brad Stevens vs Rick Carlisle
Carlisle has consistently been listed among the top coaches in the league for many years. This could be a chess match between two very good coaches. The Mavs lean heavily on their two stars for their scoring but after that the talent drops off. Brad has a much deeper team, even with Hayward out. But, Carlisle knows how to get the most out of his team so it will be fun to see how Brad counters.

Keys to the Game
Defense – Defense wins games. Defense is always the number one key to winning games. The Mavs are averaging 116.3 points per game while the Celtics average just 113.1 points per game. The Mavs are first in the league in offensive rating while the Celtics are 6th in the league in defensive rating. The Mavs shoot 46% from the field to just 45% for the Celtics. They also shoot 36% from beyond the arc to 35% for the Celtics. The Celtics need to play tough defense as it will be their defense that will win the game.

Rebound – Much of rebounding is effort and the Celtics have to put out extra effort to win the battle of the boards. When they work hard on the boards, it usually follows through to the rest of the game as well. The Celtics are averaging 46.5 rebounds per game while the Mavs are averaging 48 rebounds per game. The Celtics need to put out extra effort on the boards to keep the Mavs from getting extra possessions and second chance points.

Next Man Up – With Gordon Hayward being out, the Celtics will miss his 20 points but they will also miss his leadership on the court and his play making and rebounding. The Celtics need someone or a few someones to step up and fill the void left by Gordon’s injury.

X-Factors
Home Again – The Celtics are back home for two games and they need to defend home court and make the Garden a place that opponents fear. They will have the fans behind them and they need to feed off the energy of the crowd and use that to give them a boost.

Officiating – The officiating is always an x-factor. Every crew calls the game a little differently and teams need to adjust to how the game is being called. Hopefully the refs let both teams play and call it fairly.