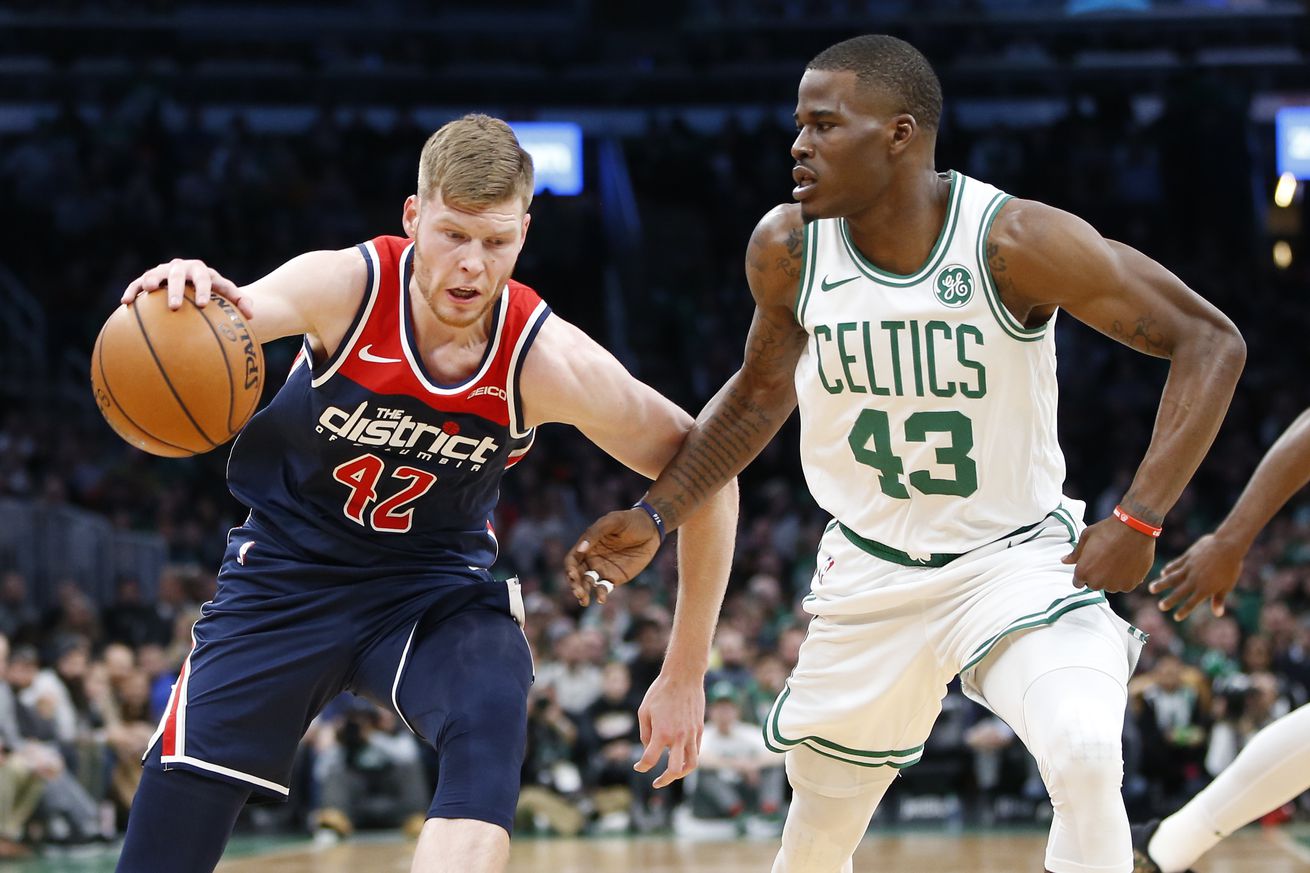 So long as Boston has tradeable assets, the Celtics will always be brought up in rumor season.

Starting with the 2016 cap spike, the NBA has been a transaction-based drama where the business between teams has arguably made more headlines than the games. The floodgates for the NBA’s 2019-20 trade season are open today.

As we all share our armchair GM trade proposals, I’d like to suggest that people consider some of the less discussed elements of trade negotiations. While modern analytics dictate how teams play, general managers are not computers. Like you and I, they try to think outside the box, solve problems that can’t be computed, and sometimes act based on gut and instinct. Just like there’s a human element to the Celtics’ success this season, there’s a human element to negotiations.

For example, the Westbrook/Paul swap was seemingly more about personality than personnel. Houston knows their previous roster build had its limits, but didn’t want to rebuild completely. Instead, they needed a way to replace Paul who had a splintering relationship with James Harden and pick up where they left off in the West. Did adding Westbrook make them better? Probably not. Westbrook is wildly inefficient and far from a perfect fit in Houston’s extremely isolation-heavy offense that’s mostly built to maximize the skills of Harden. Still, that trade was entirely necessary for Houston to compete in the West, not just through star power, but chemistry as well.

Another trade catalyst that gets overlooked is the pressure to stay relevant in the short term (usually from ownership) at the expense of building for the long term. The 2016 cap spike is a good reminder of the trouble teams will go through to lock down average talent immediately rather than looking for better options later. For example, I wouldn’t sell my future for the Celtics to get Davis Bertans, but does that mean another team wouldn’t do it?

The Portland Trailblazers, however, do not want to waste a prime Damian Lillard season. They could theoretically offer their own 2020 first round pick for Bertans, which would outbid most picks owned by contenders, even before factoring in attaching a young player. In a vacuum, Bertans might be worth a first-round pick and filler, but there’s always going to be more context that drives up the price.

Bertans is making $7 million this year, meaning the easiest matching salaries for Boston numbers-wise would either be Jayson Tatum or Jaylen Brown, but obviously, that’s out of the question. Here are the rest of Boston’s cheaper salaries:

Boston also has their own first round pick, Milwaukee’s first, and Memphis’ first (protected 1-6) in 2020. Neither a late pick nor a potential high lottery pick fit the bill for Bertans unless you’re desperate to win a bidding war. One might consider adding Romeo Langford to a late first, but I would hate to trade a rookie with the coaching staff’s record of player development.

Let me tell you about someone I would make an offer for though: Richaun Holmes. This is my first year writing for CelticsBlog, but believe me when I tell you I’ve been working on getting Holmes to Boston for four years now.

Holmes is a hustler. He’s a great interior player with an awkward-looking, but effective mid-range shot. Boston’s front court doesn’t need nearly as much help as we thought, but could still stand to be better. Kanter’s lack of movement on defense has been frustrating to watch. Grant Williams has seen a decline in minutes. Marcus Smart and Robert Williams seem to have constant, lingering injuries. Poirier doesn’t see the floor much. With Holmes, the Celtics could shore up the interior defense without relying on Rob or Grant Williams to score the ball. Boston is second to last in bench scoring per game, and while the rotation will tighten up in the playoffs, I’d rather not rely entirely on starters to do all the work.

This is better defense than anyone could have reasonably expected Richaun Holmes to play in this situation. He’s been absolutely incredible all year, in every way. pic.twitter.com/C27eSlDDfv

Now, why would the Kings ever be motivated to move Holmes during the best year of his career with another bargain season left on his contract?

For one, they might want to develop Marvin Bagley, the currently injured forward they took over Luka Doncic. I’d bet there’s some pressure there to justify their choice, right? D’Aaron Fox has been out as well, and while he plays a different position, a lot of minutes are still going to be soaked up once those two return.

The second reason is how far behind the Kings have fallen in the Western Conference. They’ll likely stay in the mix for the seventh and eighth playoff seeds, meaning they’ll either have a mediocre lottery pick next summer or play their way out of one. Trading Holmes for a first-round pick gives them more opportunities to throw darts at the draft board in hopes of hitting a bullseye and adding to a young core.

The Kings are also pretty unpredictable, and are known to be susceptible to questionable trades. If Boston could get away with salary attached to a first round pick, Enes Kanter makes the same money Holmes does. That’s a robbery, so it might take one of Boston’s many prospects (perhaps Romeo Langford) to entice the Kings to make a deal. It’s a shot in the dark to offer either of those guys, but the draft pick is the real prize for Sacramento. If Marcus Thornton and a first is enough to get Isaiah Thomas, then you might as well make a similar offer for Holmes and see where things go, right?