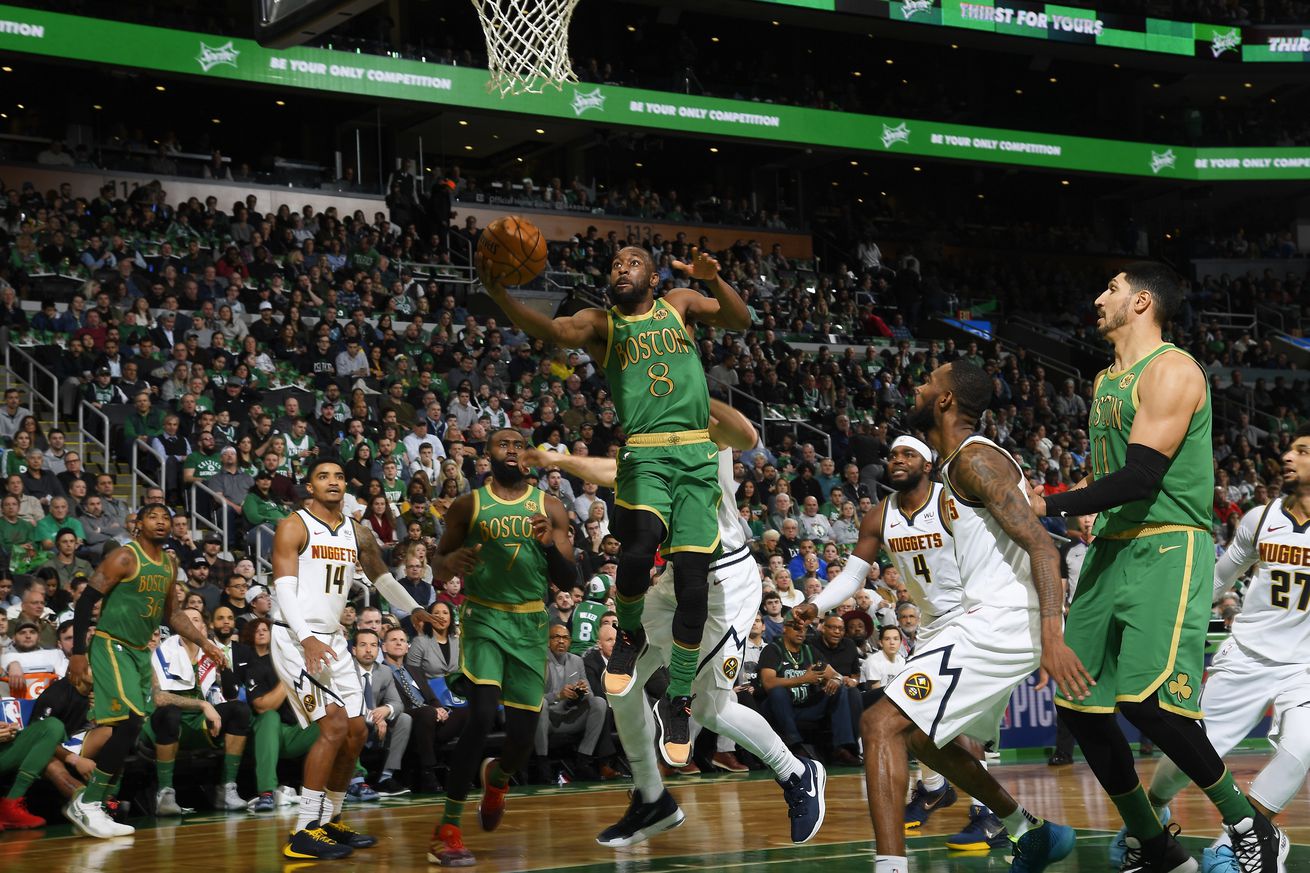 Boston’s star point guard uses a unique brand of athleticism to overcome his lack of size.

Kemba Walker found himself in something of a perilous position when he poked a loose ball ahead on the break during the Boston Celtics recent showdown with the Philadelphia 76ers, streaking toward the rim with Joel Embiid in close pursuit. Walker – who is roughly a foot shorter than Philly’s superstar big man – didn’t have quite enough distance to use his speed to create significant separation, so he turned to an alternative strategy.

Boston’s lightning quick point guard hammered the brakes, caught just enough of Embiid’s chest with the left half of his body, contorted himself into position to maintain enough distance to get off a clean look, and laid the ball in gently off the glass.

Walker has finished similar looks on plenty of occasions, enough to make them look almost routine. They’re anything but. Layups like those he finished on the break against Embiid require a special blend of athletic burst, timing, and most importantly, the ability to maintain control of one’s body at a variety of speeds and a breadth of strange angles.

Walker has an uncanny ability to stop and start with the ball in his hands, and a fearlessness in throwing his body towards defenders. He knocks players nearly twice his size off balance and squares himself up to the hoop in just one motion.

Such tricks have enabled Walker to survive as a normal sized human in a sport ruled by giants, but they’re not a craft that can be accessed by just anyone. Walker’s body control is special, and he utilizes it away from the basket as well as he does at the rim.

Give him just an inch of space coming around a screen, and Walker will switch from attacking off the dribble at full speed to a straight vertical leap in the blink of an eye, effortlessly flicking up shots from all over the court at the top of his jump.

Defenders know that Walker will pull up at a moment’s notice, and work diligently to get back to him when attempting to sneak around ball screens. Walker leverages their effort to his advantage, stopping short and creating contact to draw shooting fouls that drive opponents mad.

Walker applies his unique brand of athleticism most frequently on offense, but it comes in handy on the other end of the court as well. He can function as a pest on the ball, mirroring opponents motions and cutting off access to the hoop in the process. Walker won’t ever be a game-changing defensive player. He’s simply too small, but he’s far from a negative. When he can’t out-muscle opponents, he’s often able to maneuver his way into position to draw offensive fouls.

Walker is tied for the third most charges drawn in the entire NBA, a strange place for a diminutive point guard known primarily for his ability to score the ball. That’s indicative of the uniqueness of his game. Walker’s body control is a gift, and it’s one he maximizes every time he steps onto the court.