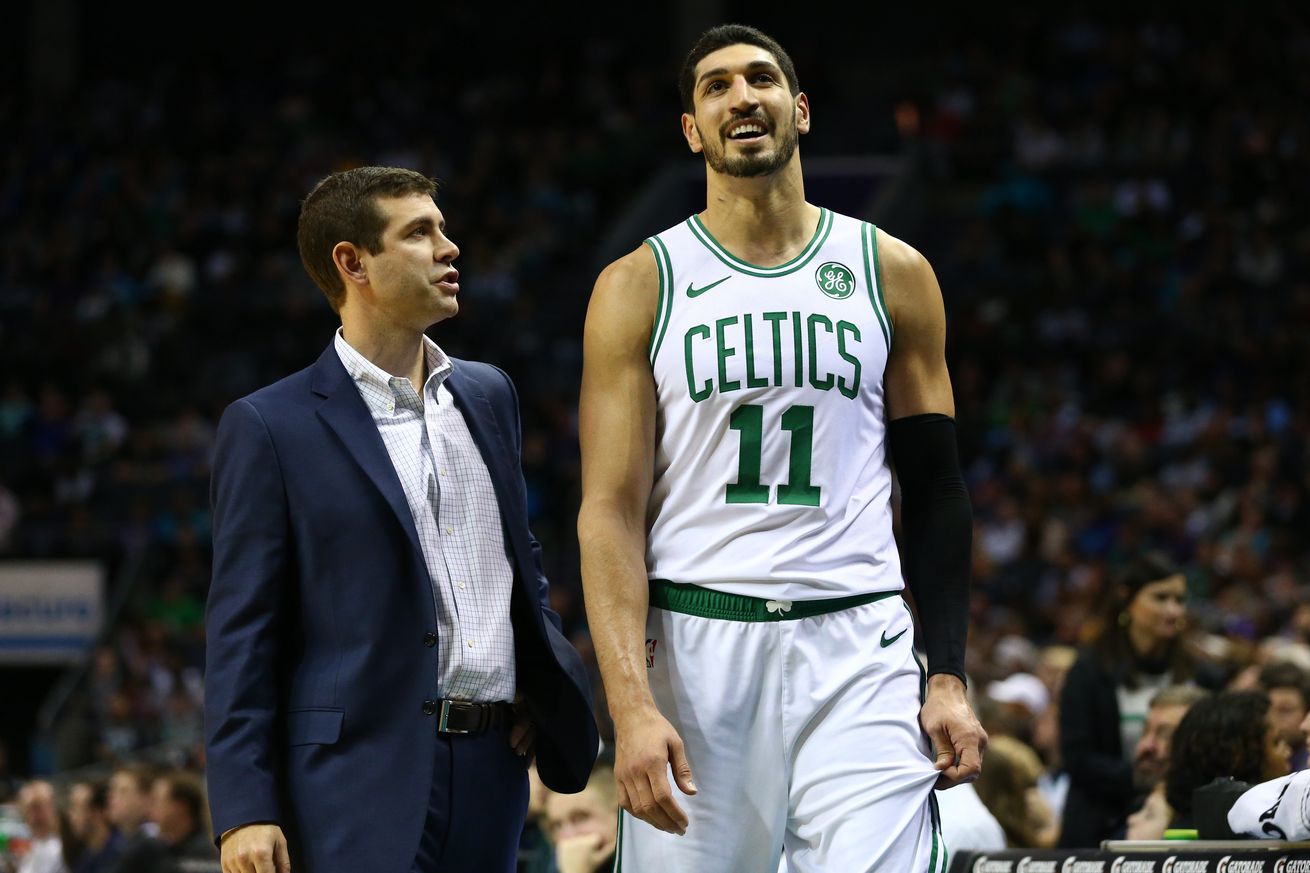 Enes Kanter handed out a lot of invitations to the Hornets for the stellar block party he had.

After two consecutive subpar games defensively, one of which snapped a five-game winning streak, the Boston Celtics needed a renewed concentration on that end of the floor.

The Celtics delivered a much improved defensive effort in Tuesday’s 109-92 road win over the Charlotte Hornets, but did so with an unlikely player leading the defensive charge.

Much criticized for his lapses in his defense this season, Enes Kanter transformed into Boston’s anchor defensively against the Hornets by recording a career-high six blocks to go along with a double-double of 13 points and 14 rebounds. According to the Elias Sports Bureau, Kanter became the first Celtic to come off the bench and produce that type of stat line in a single game.

“Give me the MVP, baby!” – Enes Kanter after being asked about his career-high six blocks.

“We got enough talent to go out there and score the ball, so coach Brad (Stevens) is always talking about if you want to get to the next level it’s defensively,” Kanter said. “So that was my focus.”

Kanter’s strong, quick hands, which usually benefits him around the rim on offense to go along with his scoring touch, paid dividends this time on defense. On several drives, Malik Monk, Cody Zeller and Mikal Bridges couldn’t even get off a good attempt because Kanter’s fast reflexes allowed him to already swat the ball away.

The stellar defensive performance from Kanter, who averages less than a block per game for his career, grabbed the attention of his teammates, who took the time to laud his effort while mixing in some good-natured ribbing.

“I didn’t realize it was six blocks. That’s pretty big time,” said Gordon Hayward. “He’s been telling people he’s a stop sign, so, I hope he’s going to continue to be a stop sign for us. We need him on that end.”

Along with his newly found defensive presence, Kanter once again showed he’s a diligent rebounder. Kanter was Boston’s leading rebounder for the sixth time in the last eight games and did most of his work on the defensive glass versus Charlotte, controlling 12 caroms on that side of the court.

Kanter’s been a menace on the offensive glass this season, too. Despite registering just two offensive boards in the win over the Hornets, they were impactful as they both resulted in buckets for Kanter and helped the Celtics outscore Charlotte, 29-19, in the fourth quarter to pull away.

“He’s an awfully good rebounder,” Stevens said. “He’s good in the paint. He’s got good touch. He brings a lot of good things to the table.”

And that now includes, at times, his defense. For Kanter, he got a jump start on his New Year’s resolution with his block party and it was just another signal of the improvement he has already made defensively.