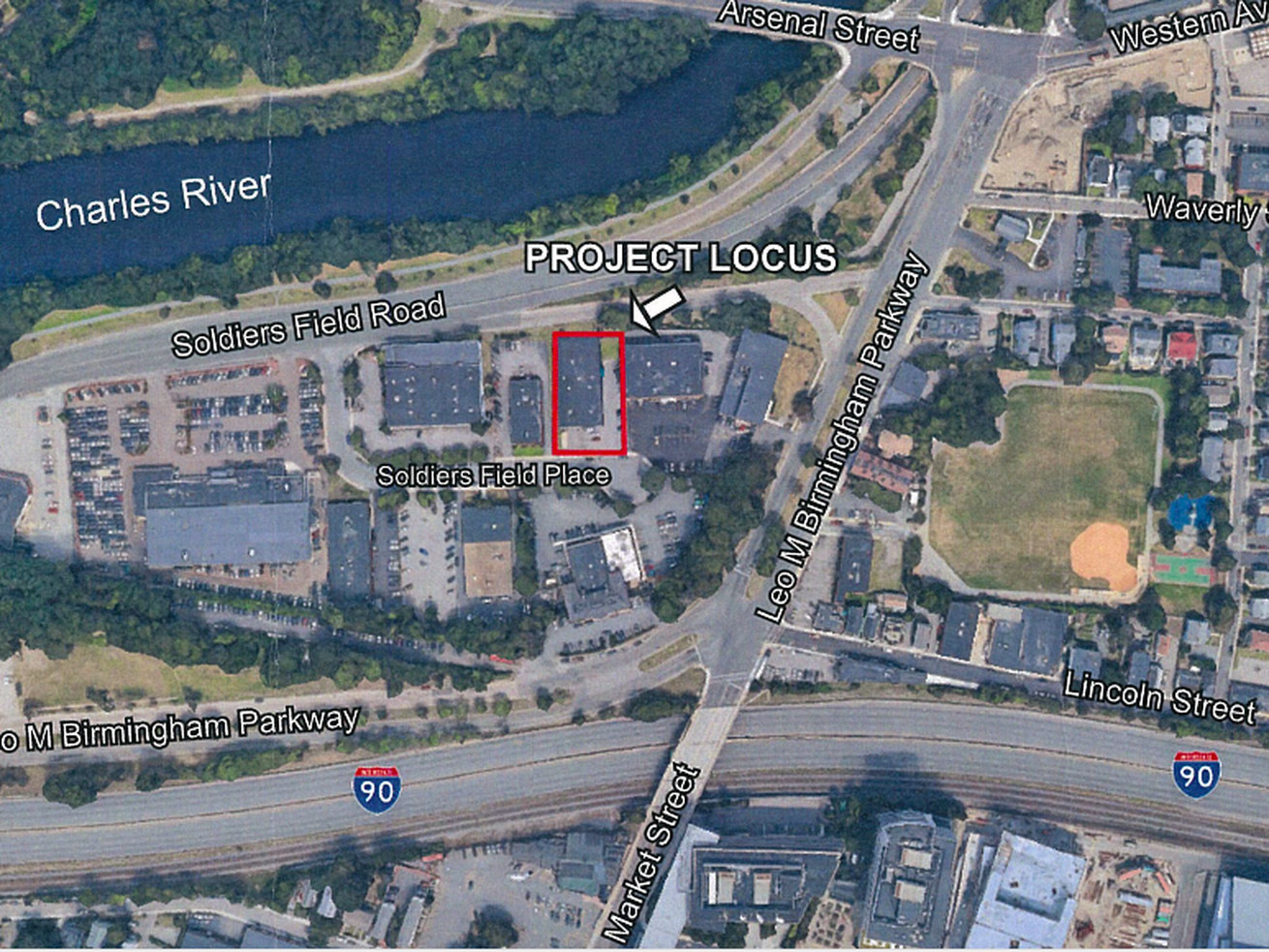 It would join a wave of development in the area, including Allston Yards and plans for WBZ-TV’s HQ

A six-story apartment building with 106 units would replace a squat commercial property at 1500 Soldiers Field Road in Brighton, according to initial plans filed with the Boston Planning and Development Agency in early January.

The Ballas Group, a Boston-based developer, would include on-site garage parking for 60 automobiles and would also provide bike storage as well as what it described in a letter of intent to the BPDA as “robust open space, pedestrian and vehicular access, and related site improvements.”

The developer also noted that the proposed development would be near the Boston Landing commuter-rail stop, which primarily services the massive Boston Landing development (a.k.a., the spaceship-looking complex you see driving in and out of Boston along the Turnpike).

The project would also open amid other larger-scale development in Brighton and Allston, including the four-building Allston Yards less than two miles away, which the BPDA approved in late 2019. Developers are also considering redeveloping WBZ-TV’s headquarters at 1200 Soldiers Field.

The Ballas Group, which has not responded to a request for comment on its proposal, seemed to situate its plans within this larger development wave.

“The context of the area is also well-suited for the scale and scope of the proposed project,” its BPDA letter read, “which has been carefully formed with design-forward architecture, building set-backs, landscaping, and related development measures to respond to, and be in accordance with, the character and planning for the immediate area.”