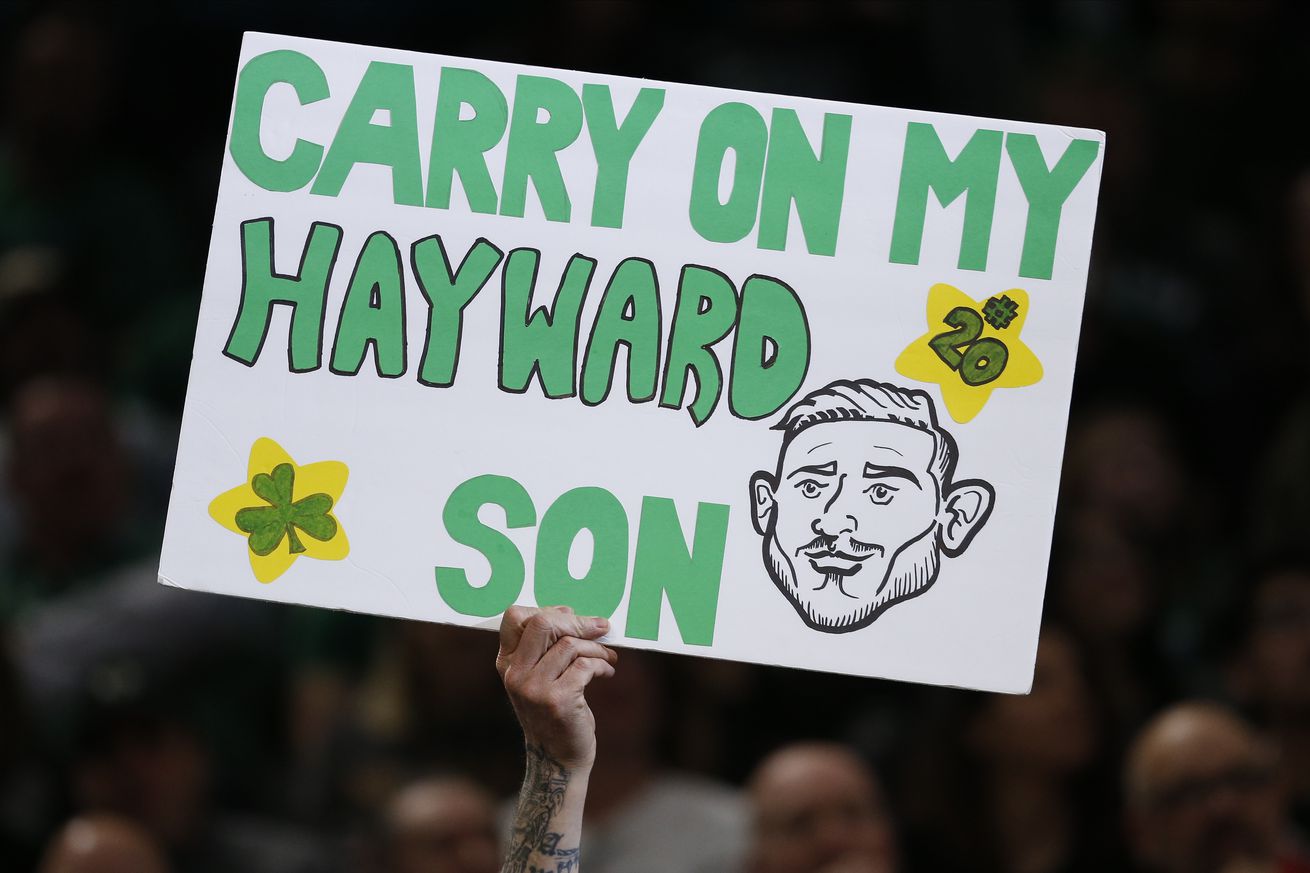 On a night where Gordon Hayward couldn’t find his shot, he still controlled a blowout win start to finish.

In typical Marcus Smart fashion a self-inflicted turnover, dribbling off his foot, funneled into a Bulls fast break that Tomáš Satoranský finished with a put-back and-one. Chicago pulled within 11 points midway through the fourth.

Smart leaped back on the ball: his floater in the lane, rotation inside on Zach LaVine to help force a turnover, dish out to Jaylen Brown in transition and bounce pass to Gordon Hayward in stride from half court placed the Celtics back in blowout position after leading by 18 earlier. He allowed Vincent Poirier to play some and ushered in three minutes of rest as Boston charges through its heaviest slate of games all year.

Hayward maneuvered through his own struggle, an 0-for-5 start, on Thursday yet remained in full control. While his makes column sat empty, he dished to Enes Kanter in the pick-and-roll, found Jayson Tatum on the wing and manned the ball with supreme authority. His night capped with a 4-for-6 closing effort and Stevens barely noticed his slump amongst the other positives.

Brad Stevens: “It’s really important that (Gordon Hayward) helps lead us with his reads and passing.”

Grant Williams: (Kemba Walker) should definitely start in the All Star Game.”

Williams continued to shower his fandom on his teammates, especially Jaylen Brown, who he’s pressing to get to Chicago. If Brown, Walker and Tatum reached the game he’ll dye his hair pink. While not all-star caliber, he’s finding his role in the offense playing where he found success at Tennessee playing around the free throw line and funneling the ball from blitzes against his all-star teammates.

He left the game with a strained shoulder and returned to finish 4-for-8 with 11 points, five rebounds, three assists and a block. “There’s a barber shop at the Auerbach Center, so we can do it right there.”

Jayson Tatum: “It’s a lot of fun when everybody’s contributing, guys are genuinely happy for one another’s success.”

Tatum, one of the all-star hopefuls, extended his double-figure scoring streak with some chase-down blocks defensively. He nearly completed a ridiculous dunk through a fake pass reminiscent of Rajon Rondo. His early fake and make, shooting under LaVine, did fall through and dazzle nonetheless on a 7-for-17 night.

Marcus Smart: “Keep giving guys space when you don’t have the ball.”

Smart prioritized strong starts, “once we learn how to do that consistently, we’ll be a great team,” and the Celtics finally took off on one on Monday. He enjoyed the squad, outside of Robert Williams, appearing fully healthy for one of the first times all season. With that dynamic, he stressed the importance of spacing and giving each other room to operate on the ball. That’s allowed everyone to succeed this year.