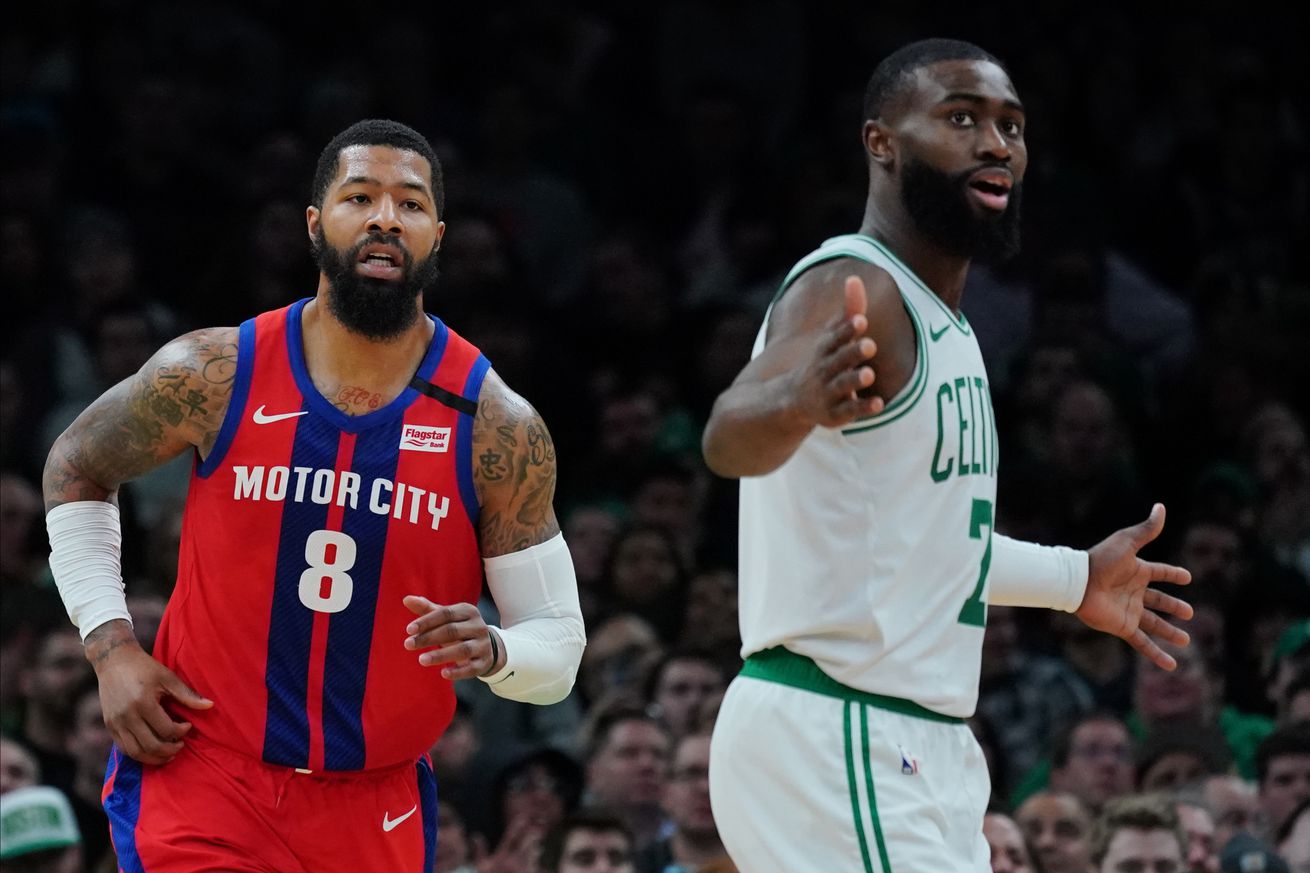 Jaylen Brown thinks the Celtics are too comfortable. Brad Stevens points to the the transition defense.

I can tell you at the beginning of almost any game if the Celtics’ heads are in it or not. Tonight, they started the game without pressuring the ball, which is a dead giveaway that they weren’t locked in.

Jaylen Brown says the Celtics got comfortable with winning. “We need to get back to being the seeker, not the seeked.”

Brown shot an efficient 10-16 from the floor, but was 0-5 from the free throw line. He’s shooting 78% from the line this season, which is vastly better than his previous years, but as Tommy Heinsohn would note, he doesn’t always slow down enough to calmly knock down his free throws. It probably didn’t help that he may have sprained his thumb along the way.

Jaylen Brown said he sprained his right thumb during the game. He ran into Markieff Morris. “I don’t think it’s too bad,” Brown said.

How might the Celtics break their current slump? Even when they were winning 10 games in a row earlier in the season, two main weaknesses became pretty evident.

Kemba Walker: “It starts with me. So I have to be better for my teammates.”

I don’t care who does it, but somebody needs to become the team motivator. If Kemba want to take that role, great. Let me pitch this idea: Kevin Garnett got the whole crowd into the game by punching his chest as hard as possible before every tip-off. Might be a good starting point. Other options include knuckle push ups, headbutting the stanchion, and setting hard picks on Zaza Pachulia.

Brad Stevens: “Derrick Rose was tremendous tonight. I thought he was the best player on the court.”

Said the Celtics gave up too many transition buckets and cuts. He guessed 20 points — and said right there you probably lose most NBA games.

I wouldn’t say the transition defense is entirely bad. But the mistakes are back-breaking. Every team, at all points of the game, is fishing for open three-pointers. To not be able to find shooters in transition with such an otherwise superb defensive team is rough.

There are a few things at play here that I suspect are adding to the lethargy.

One is the crowded schedule. I know the culture in Boston is to not make excuses, but let’s be real. Back to backs stink. Three games in four night stretches create a lot of wear and tear. These guys know that have to play the Bucks tomorrow. Call them excuses, inconvenient circumstances, whatever you want.

The other thing is Marcus Smart not looking quite right. His shot accuracy looks way off sometimes. Even he was a little slow to pick up the pace and pressure the ball in this game. Smart is the ultimate x-factor for this team, and I don’t think he’s back being himself after his illness.

Every team plays banged up, injured, sick, and short handed, just as the Pistons are playing without Blake Griffin. Boston is mostly healthy and should have been able to beat them, but it’s not going to happen by giving up 60% shooting to the Pistons.

Detroit shot 76.1 percent from 2-point range tonight, which is the highest mark the Celtics have ever allowed.https://t.co/r0SOLOnFmV

Oof. Derrick Rose looks good this season, but 11-for-11 from two-point range good?

The Celtics tend to see red against the Bucks, kind of like the Sixers step on the gas when they play the Celtics. If there’s ever a game for the Celtics to regain their motivation, it’ll be this one.