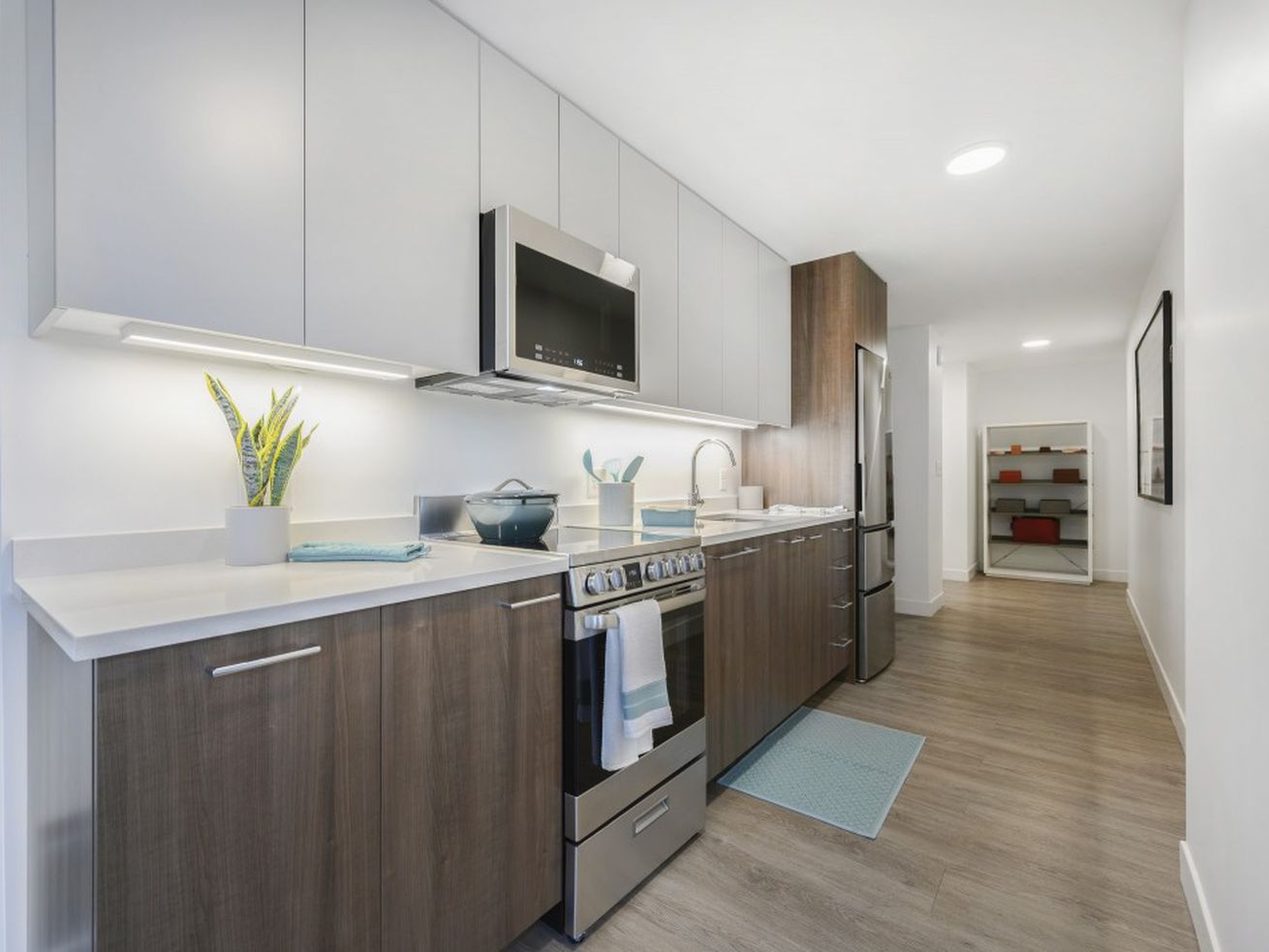 This is the kitchen in a model unit for Watermark Central. | Rendering via Market Central

The building, which Twining Properties developed, has a certificate of occupancy for 10 of its 19 floors. And available apartments in Watermark Central start at $2,485 for studios, $3,230 for one-bedrooms, $4,904 for two-bedrooms, and $6,030 for three-bedrooms.

The building and its two neighbors—Union House and Link, in what Twining has dubbed Market Central—are the latest changes in Central Square. The Red Line-serviced neighborhood’s first boutique hotel, at Main and Columbia streets, is checking in this spring. And another luxury apartment building—the 67-unit Ten Essex—opened in late 2019.

As for Market Central, it’s got 308 apartments total in those three different buildings. Watermark Central is the luxury tower with Boston skyline views from some units. Union House is a four-story component designed for “intimate and luxurious boutique-style living,” per Twining; it’s 91 percent leased.

The last component is the six-story Link, which takes an almost co-living approach to its setup. There are private apartments, but also shared lounges, game rooms, and cooking areas to encourage community interaction. Link is 60 percent leased.

In addition to tenant amenities such as a fitness center and annual Bluebikes memberships, Market Central also includes a covered marketplace and pedestrian walkway at Massachusetts Avenue and Main Street with around 15,000 square feet of retail.