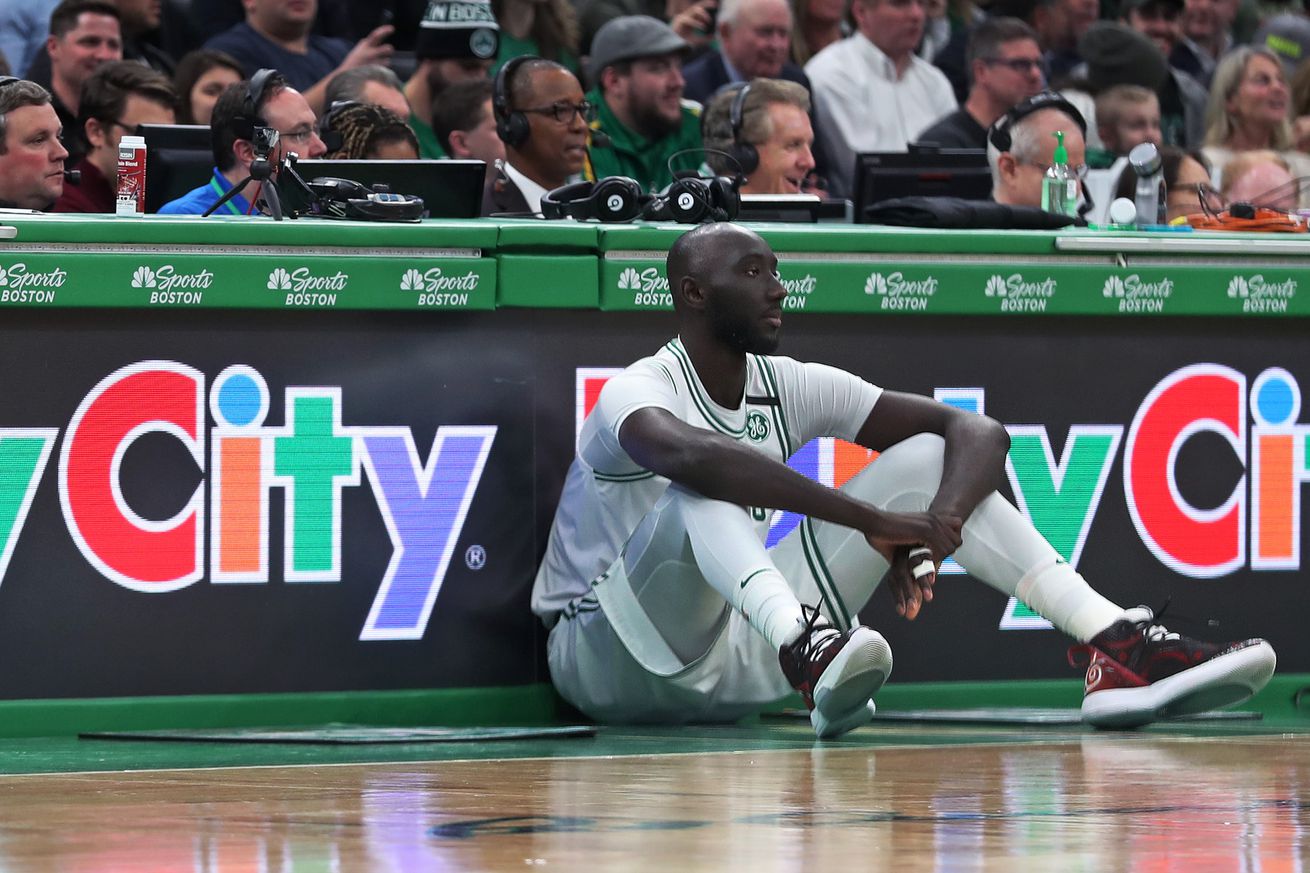 The commissioner talked to players on Friday about resuming this season and the future of the league.

NBA commissioner Adam Silver held a conference call with the NBA Players Association on Friday. Reports have surfaced from the league’s major news breakers about the topics discussed, including the future of the current season, and a myriad of factors associated with it.

We’ve highlighted the most salient point for Celtics supporters to consider below, all of which have been reported by multiple outlets – you can take your pick of Woj, Shams, and/or Chris Haynes for source material.

Games will be played without fans, should the 2019-20 season return before a COVID-19 vaccine is developed.

The likelihood of a vaccine being developed within the window of time in which the NBA would have to decide whether or not to resume or cancel the remainder of the current season (a choice that reportedly could extend all the way into June) is low enough that this proclamation essentially means that there will be no fans in attendance of any potential 2019-20 games. The implications of such a reality are extensive.

No fans means less revenue than if games were played in front of packed arenas, but having games at all would boost the bottom line more than a full-on cancellation of the current campaign. The future of the salary cap remains in flux, but understanding the landscape of a potential resumption of activities could provide at least some basis for greater clarity in projection.

Just how big a drop in revenue is hard to pinpoint, and the NBA and NBPA will still need to determine if they’re willing or interested in smoothing a drop in the cap over multiple years, though no current indications suggest such a scenario is likely.

Boston should be able to weather a dip in revenues successfully. All of its most important players are under contract for the coming year, and the Celtics wouldn’t have had even a sliver of cap space beyond their exceptions to dangle at free agents this summer, even without the unexpected impacts of a global pandemic (this changes slightly if Gordon Hayward declines is player option, but not meaningfully). Assuming its ownership is willing to pay a substantial luxury tax bill, Boston is in a strong financial position as compared to many of its peers.

As for the competitive implications of empty stadiums, the Celtics lose out a bit by sacrificing the raucous TD Garden crowd, but head coach Brad Stevens isn’t worried about whether or not his team will be able to match the intensity his team exhibits in front of its supporters.

“I guess playing without fans would be much more like a typical practice environment, and I think that the one thing about these guys is they don’t compete any less hard in practice,” Stevens said on a call with season-ticket holders, per The Athletic’s Jared Weiss. “In fact, sometimes in those quiet gyms where you can hear everything somebody else is saying, it gets even more feisty. And so, I think that it would be great basketball if we’re able to do that

Of unrelated note, but worth mentioning: playing without fans has leant additional momentum to the notion of creating an “NBA bubble” at a single site, an option that decreases travel, limits the number of individuals involved in game day operations, and decreases the risk of exposure to those outside of the bubble (though the strength boundaries that could be established in that regard remain awfully dubious). Among the finalists as a potential site is Walt Disney World in Orlando, a plan first conceived by CelticsBlog’s own Keith Smith.

The NBA will prioritize keeping its traditional playoff structure, if possible

The Celtics have had the look and statistical profile of a legitimate title contender this year. Being able to participate in a full NBA Playoffs – replete with seven-game series in each round – would be hugely beneficial to the team’s ability to assess just how close to contention they are.

Championships tend to be won by teams that employ clear-cut top-five players. Boston doesn’t have one of those, but they do have a collection of versatile high-level talent that is uncommon in the annals of NBA history. Testing out just how far its current roster can take the Celtics in the postseason has major implications for expectation setting and roster building strategy moving forward. Having a real-ish playoff setting to dip their toes into would behoove Boston significantly.

Playing without fans and with a limited ramp-up window would skew the results of any postseason run, but the fact stands that a traditional format would be far more beneficial as a tool for future evaluation than any alternative option.

Players are feeling pressured to participate in “optional workouts”

NBPA President Chris Paul reportedly expressed displeasure with the fact that players in some states where practice facilities have been given the greenlight to open have felt pressure to participate in workouts that have nominally been deemed voluntary. Paul and his fellow players are in the right.

In allowing teams to run voluntary workouts, the NBA has essentially created an incredibly dangerous incentive, with a competitive advantage going to those most willing to ignore best practices associated with both personal and public health.

Boston isn’t legally allowed to hold practices as a result of Massachusetts’ non-essential business closures, a prohibition that will remain in place until at least May 18th. That makes the Celtics’ decision to whether or not to open their facilities a simple one, but it also gives their opponents willing and able to risk the health of their players a head start in getting back up to speed should the season be resumed.

That’s not a choice teams should ever have the power to make, and the fact that only a portion of them are able to is indicative of a competitive imbalance. That’s on the NBA. The league was dealt a poor hand, but it’s only made more of a mess out of a bad situation.

The NBA is looking at a lot of “bad options”

This may be something of an understatement. There are no right choices here, just some that may be slightly worse than others. Toss in the fact that information about the pandemic is limited and ever-evolving, and it’s hard to even assess if any of what was discussed on the conference call matters.

Apologies if that sounds overly bleak, but it’s the truth of the situation. The Celtics are actually fairly well situated to deal with the impact of the COVID-19 crisis as compared to a lot of their peers. It’s just not worth celebrating given the broader context.