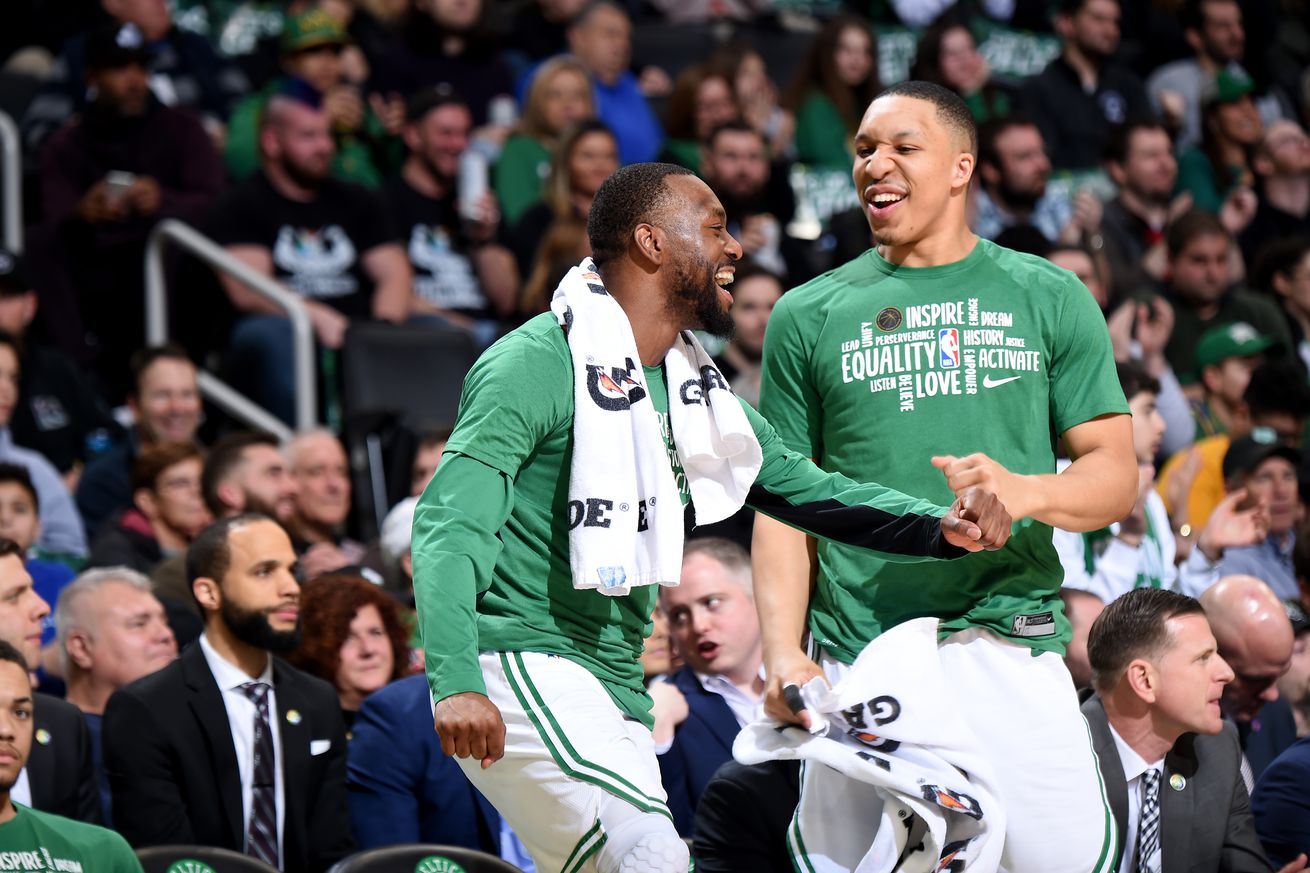 Did Kemba and Grant just become best friends? I think so.

All I can picture is the scene from Step Brothers where Will Ferrell and John C. Reilly rearrange their bedroom to make adequate space for more activities to do together.

It hasn’t exactly been like that for Boston Celtics teammates Grant Williams and Kemba Walker, but they have been housemates during quarantine as Williams moved into Walker’s Charlotte residence with the NBA on lockdown.

“It’s been amazing. Just hanging out, relaxing. Being able to get to know each other as well as workout together,” said Williams on a Zoom video conference with the media Thursday. “We’re pretty isolated and we have the means, so we have weights and other things. It was just a great decision. He actually offered it because I was debating even coming home and I was worried because I knew I was going to be either in-and-out the house working out at different places if possible or going somewhere to at least stay active. I was going to be around my grandparents. He said, ‘If you want, you can always stay with me.’

“I took him up on the offer and I’m thankful for him. For as much as I talk, I’m glad he even considered it. We’ve been lifting together occasionally and he has a court outside, so we’ve been able to shoot, too.”

Grant Williams has been staying with Kemba Walker during quarantine. Here is what he had to say about rooming with All-Star teammate: https://t.co/FO0dTd4Icc@ChrisForsberg_ pic.twitter.com/1KyLlZCdQQ

Williams is relishing this opportunity as a rookie to share the same living space with the four-time All-Star guard. Aside from getting in some basketball activities and breaking down film, Williams is just grateful the veteran took him in with open arms.

“In general he’s one of the best human beings I’ve met throughout this process,” said the 21-year-old Williams, who the Celtics drafted at No. 22 overall in last June’s draft out of Tennessee and played a supporting role off the bench so far this season by averaging 3.5 points and 2.7 rebounds per game. “He’s a genuine guy. So all he does really is just relax, play games and watch film, basically. Do everything he can working out too, so that’s about all”

Williams’s current room and board situation is unique, but he said that once the NBA suspended its season starting on March 11, Celtics players made their own decisions on where they wanted to be with the NBA shuttered.

“Some guys stayed in Boston, other guys went to other places and either went home to their families or went to places with less regulations so they could stay with gym access and stay in shape,” Williams said.

Grant Williams: “Some guys stayed in Boston, other guys went to other places and either went home to their families or went to places with less regulations so they could stay with gym access and stay in shape.”

With some NBA facilities opening recently for players to come back and shootaround, Williams has faith that when the Celtics reopen their doors — Celtics President of Basketball Operations Danny Ainge mentioned that could happen soon — they will do so safely and with the player’s best interest at heart.

Williams is very open to the idea of playing games at Disney World and having that be a centralized location for NBA activity. As it feels that the NBA is drawing closer to a return, Williams is ready to make the best of what the situation has to offer.

“I feel like we’re all professionals and we would trust each other and the league to keep us safe,” Williams said. “They’re going to help mitigate the risk as much as possible. So I know for myself at least, I trust the Boston Celtics and that they’re going to have everything under control.”