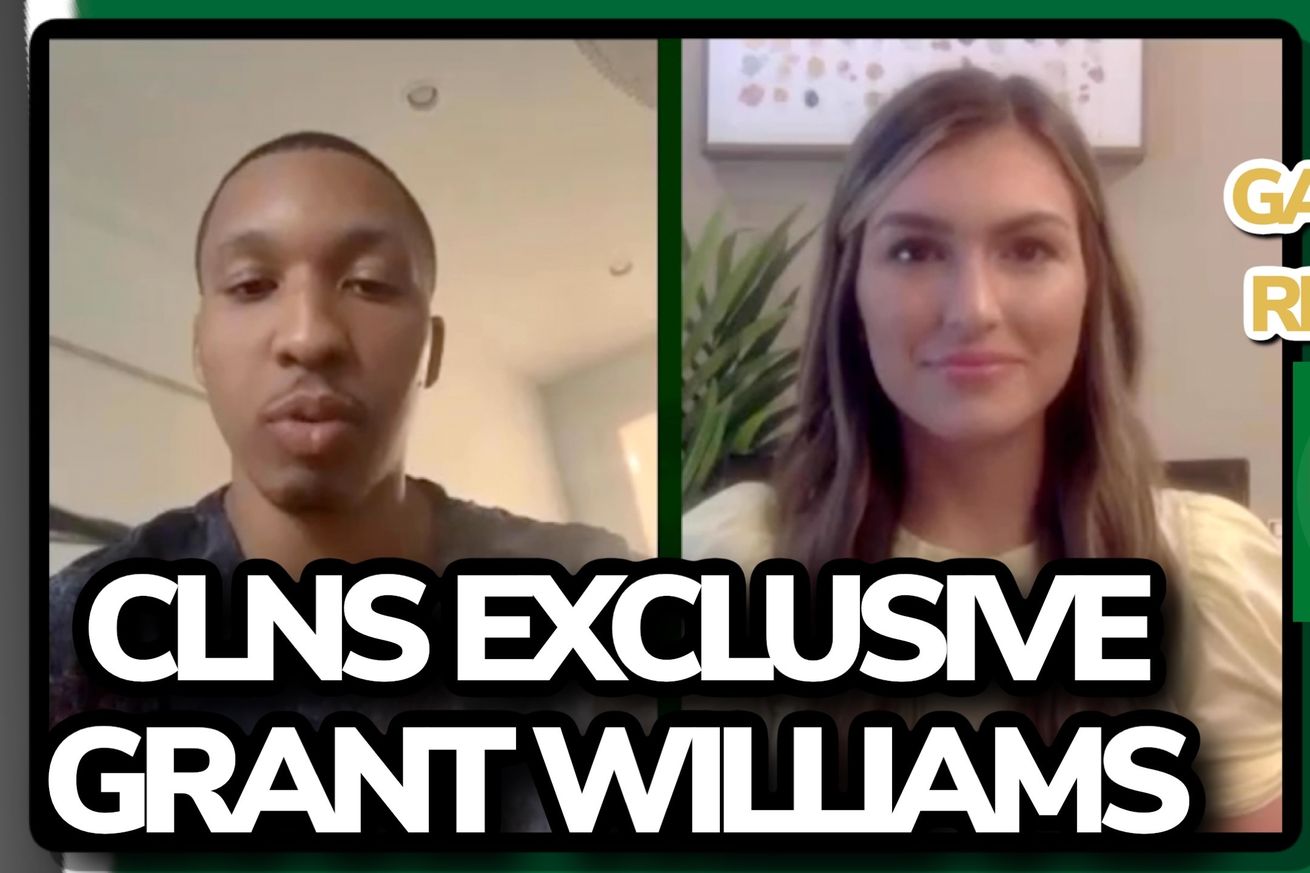 Williams echoed the league’s sentiment of being able to boost the country’s morale and ensure the league’s future amid doubts about the league’s ability to safely continue.

Grant Williams returned to Boston on June 22 after spending most of the three quarantine months in Charlotte with Kemba Walker. He found Auerbach Center much like his team left it, only with one player allowed on each court. Outside, in Massachusetts, the state continued to progress as one of the few without a COVID-19 resurgence.

Coronavirus cases spiked 80% in the US over the past 14 days. Florida, witnessing thousands of new positive tests each day, increased its rate to 14% this week. Critics contend the NBA’s intention to play in Orlando sends a negligent signal. Williams, in an exclusive with CLNS Media’s Sierra Goodwill, defended the league’s commitment.

“I trust the league and what they have in store for us,” Williams said. “They wouldn’t put us in a position where we would be truly directly effected. I feel like they’re going to take every precaution to keep up safe, keep us healthy, but also to keep the games flowing … it is difficult for guys that are considering opting out.”

That group included Wilson Chandler, before Deandre Jordan and likely Spencer Dinwiddie opted-out following their positive tests. Chandler spoke about his decision with Jameer Nelson on his CLNS Media podcast.

“There’s no right or wrong answer,” Chandler said. “The unknown, this whole COVID thing, having a grandma that just turned 87 and battled all type of illnesses and having a young kid, I think it’s more important for me to be at home taking care of my family.”

Chandler also referred to the Black Lives Matter movement, pushing into its second month of protests around the country. Lakers guard Avery Bradley dropped out for similar reasons, with the NBA collectively losing 10 players for various reasons since Bojan Bogdanovic opted for surgery in May.

Others like Dwight Howard, Jayson Tatum and Donovan Mitchell expressed hesitation before committing. Today, the Nuggets practice facility became the first to shut down since the league reopened toward a Disney return.

“We’re going to do our best to not only stay on the campus and stay safe and keep each other protected as players, but also the organizations,” Williams said. “We’re taking a risk in going back, but hopefully there’s a big time reward on the back end. Then we can not only inspire some hearts and bring some smiles to people’s faces, but also help our league out for the future.”

Williams echoed most of the league’s arguments for returning while emphasizing the protests too, giving the NBA credit for its continued progressive stances and recent decision to allow “social justice messages” on jerseys. The league walked back on allowing the names of those killed in police shootings after. Nonetheless, Williams said the Celtics specifically started more direct action toward police, education and economic reforms.

“There are a lot of things we have in the works right now, it’s just when they come into fruition over time,” Williams said. “I think they’ve done a good job in not only being progressive in their social media output and the media, but also behind the scenes as well.”