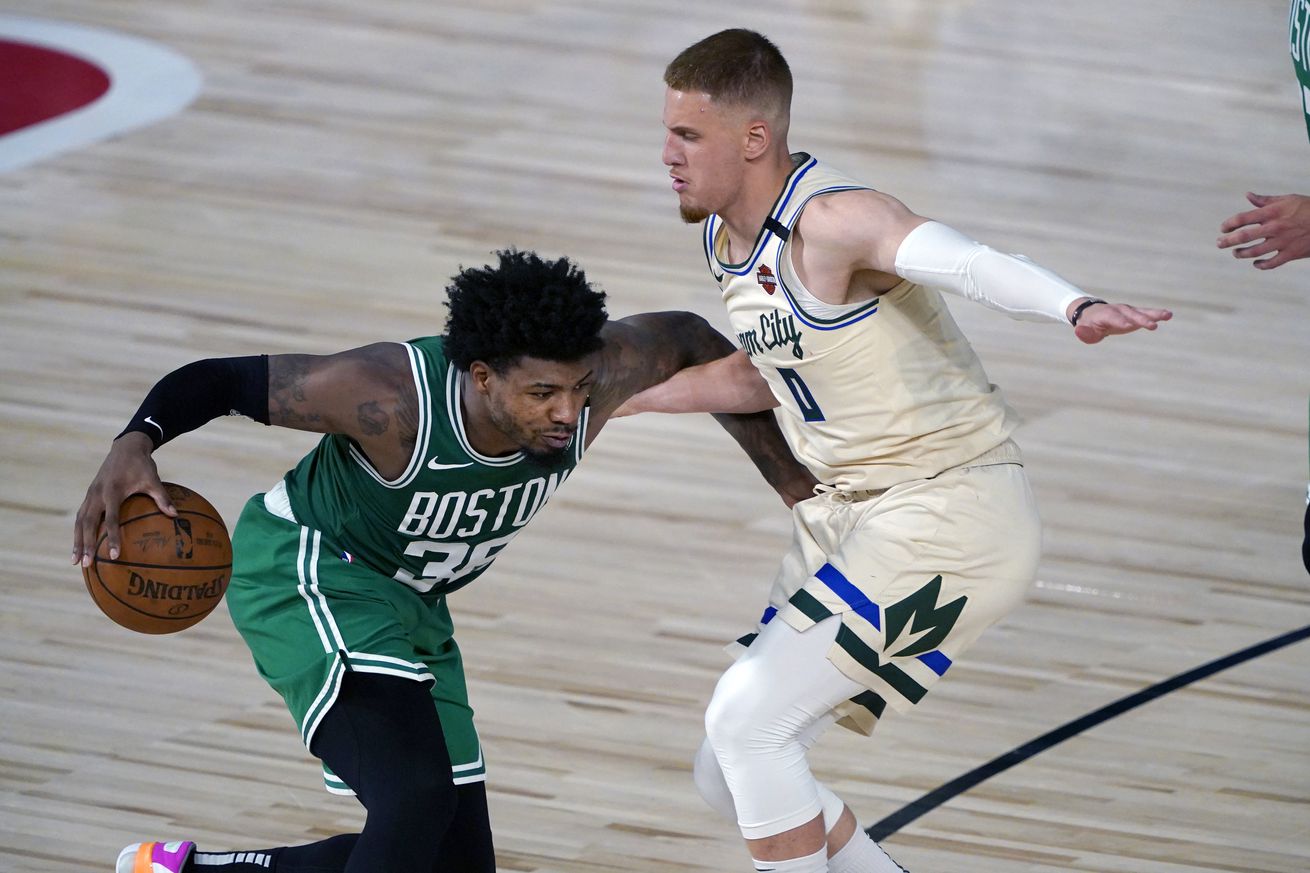 The Bucks pulled away late behind Giannis to defeat the Celtics.

After 142 days since playing its last meaningful basketball game, the Boston Celtics returned to the court Friday night for its first game of the NBA restart.

And it went almost as advertised with such a long time off as the Celtics experienced some good, some bad and some ugly against the Milwaukee Bucks. Ultimately, the Celtics couldn’t overcome their mistakes along with a poor showing from Jayson Tatum as the Bucks pulled away late to hand Boston a close 119-112 loss.

The Celtics got off to a calamitous start as they immediately fell behind, 17-2, but battled back behind the play of Marcus Smart. Even inside the Orlando bubble, Smart continued to do Marcus Smart things. As he usually does, Smart provided a spark as Boston’s sixth man by setting the tone defensively and he also poured in a team-high 23 points on 7-of-11 shooting.

One of Smart’s three 3-pointers gave the Celtics their first lead late in the third quarter and a trey from Jaylen Brown midway through the final frame put the C’s ahead, 99-98 and then a Brown fadeaway jumper with just over three minutes left tied the game at 105-all.

But Giannis Antetokounmpo, who gave the Celtics problems yet again by tallying 36 points, 15 rebounds and seven assists, had the final answer and made a clutch traditional 3-point play with 1:28 to go, which was overturned in his favor after originally being called a charged. Khris Middleton then followed on the ensuing Bucks possession with a back-breaking 3-pointer and Antetokounmpo added another 3-point play to put the finishing touches on Milwaukee’s win.

Tatum, who morphed into a superstar prior to the NBA’s hiatus, didn’t come anywhere close to shaking off the rust in the first game back. Tatum struggled all night offensively as he went a putrid 2-for-18 from the floor for a mere five points.

Gordon Hayward had a sneaky good performance by doing a little bit of everything as Hayward finished with 17 points, nine rebounds and six assists. Brad Wanamaker made the most of his extended playing time due to Kemba Walker playing on a minutes restriction — Walker played 19 minutes and scored 16 points — as Wanamaker netted 14 points.