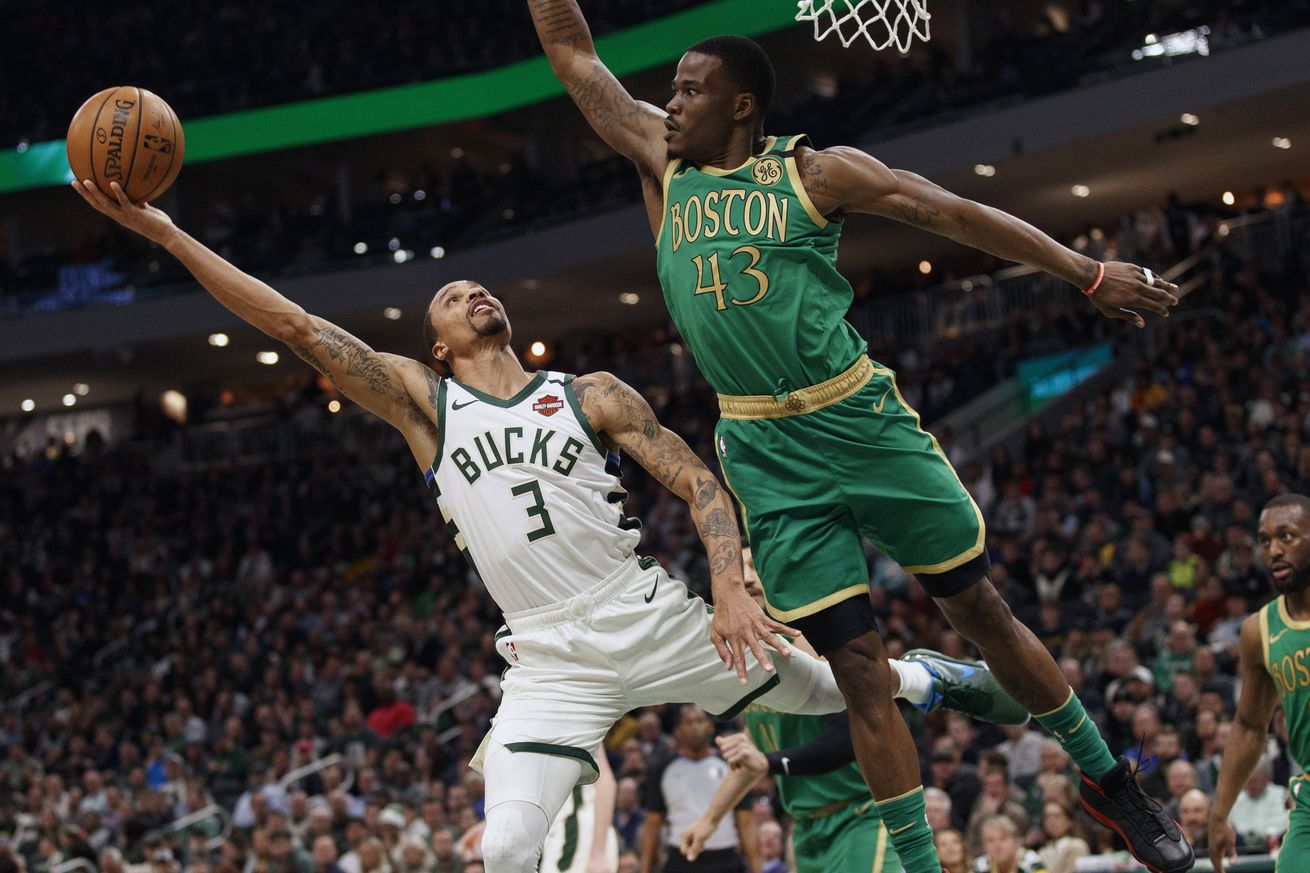 The NBA is back for real, and the Celtics open against the East’s top dog and potential postseason opponent Bucks.

In the first meaningful seeding game inside the Disney bubble, the Boston Celtics (43-21) kick off the resumption of their 2019-20 campaign against the Milwaukee Bucks (53-12), top dog in the Eastern Conference.

A win would go a long way for the Celtics, not just confidence-wise but for their seeding. Right now, the Celtics are three games behind the Toronto Raptors for the two-seed in the East. In their first of Boston’s eight seeding games, making up that gap won’t be easy. However, beating Milwaukee and then a head-to-head win over the Raptors on August 7th would narrow the gap and put pressure on Toronto to stave off the guys in green.

The Celtics must take care of one game at a time though. Headlining the Bucks attack is the reigning MVP, Giannis Antetokounmpo, and fellow All-Star Khris Middleton. Slowing their dynamic duo is no easy task.

These two teams split their first two regular season meetings, each team winning at home. Now home-court advantage is all but meaningless, and the Bucks, who beat Boston in five games in last year’s Eastern Conference semifinals, are officially designated as the home team.

Tip is scheduled for 6:30pm EST on ESPN.

Below is a quick preview with some notes on lineups, matchups to watch, and keys to the game for the Celtics.

Jayson Tatum vs. Khris Middleton: Of course, the reigning MVP in Antetokounmpo will get the lion’s share of defensive attention from the Celtics on Friday night. That makes defending Middleton one-on-one, a 21.1 per game scorer in his own right, even more important.

Tatum is likely to draw the assignment, and the two will go head-to-head on both ends. Tatum and Middleton both score out of isolations frequently, loving the mid-post area for difficult turnarounds, complex jab step maneuvers, and a bevy of step backs. Whoever has the more efficient outing in those isolations and can defend their adversary with impact will tip the scales of the matchup in their favor.

An Aggressive Kemba: In six games against the Budenholzer-coached Bucks, Walker has averaged 28.2 points and shot 38.9 percent from deep. He loves going against their pick-and-roll defense that dares him to shoot. An aggressive Kemba, as well as a hot Kemba, can propel the C’s offense, as it has in their two meetings already this year. Coach Stevens said recently that Walker’s knee is “as strong as it’s been” since joining the Celtics, but also that his minutes will remain restricted through the seeding games as they ramp up towards the playoffs. How much Kemba–and what level of assertiveness we see–will be important for the C’s.

Celtics Bench: Milwaukee has one of the most veteran-laden second units in the league, with ready-made pros who walk in and do their job. Guys like Kyle Korver and George Hill shoot above 40 percent from 3 and light it up in a hurry. As they get to their second unit, opponents need to be able to keep up with their hot shooting to stay on pace. That’s been an issue for Boston, with several in their second unit who struggle to knock down shots, particularly on the wings. A strong effort from their bench squad would go a long way against the Bucks.

Crowd Noise and Communication: The stakes are real this time, so the strange environment in Disney is no longer just something to get used to. The Celtics must provide great communication on the court and bring their own energy. The Bucks, with Brook Lopez at the helm quarterbacking their defense, are a great communicating unit. The Celtics must match that energy and fill the quiet arena with their own confidence.

Attacking with Ball Screens: With unflinching rigidity, the Bucks have run one certain type of pick-and-roll defense since head coach Budenholzer took over. Their defensive approach is simple: jettison one of the Lopez Twins back towards the basket when a screen occurs, discouraging a drive into their waiting arms. What the Bucks give up are tons of mid-range or off the dribble 3-point attempts, betting that their opponent won’t make enough to beat them.

The Bucks’ strategy has paid off, giving them the league’s best defensive rating. In a 3-point heavy league, the Bucks give up the most attempts from beyond the arc each game, but are successful because they defend everything inside the arc so well.

One area Stevens and his Celtics have always been great in attacking Milwaukee is through the pick-and-roll. Their formulaic principles and several wrinkles for sophisticated attacks provide quality looks for Boston despite Milwaukee’s unwillingness to hedge.

Below is a video of how the Celtics used these principles to attack the Bucks through ball screens last year. Though some of the players have changed, the principles and effectiveness stays the same.

At this point, most MVP ballots likely have Antetokounmpo on them. He’s turned himself into one of the game’s elite defenders and rebounders. He’s shooting 3-pointers with ease. He gets to the foul line ten times a game, and he’s still that same terror in transition or getting to the rim.

But the Celtics have Marcus Smart, a pesky versatile defender who can frustrate anyone he guards. I’ve long believed that the best path to guarding Giannis is to do two things: overload his drives with help and turn him into a passer (no easy buckets) and put a smaller, stronger body like Smart on him.

Antetokounmpo is a 6’11” guy who functions like a point guard, taking the ball on drives from outside the 3-point line towards the hoop. His dribble rises so high above his knee that someone with quick hands, like Smart, can use that skill to disrupt the dribble and create deflections.

Smart wasn’t fully healthy in last year’s postseason series, but now he’s at the peak of his powers. He could be a pretty important factor in this game if he’s effectively defending the MVP and knocking down the open shots the Bucks will give him.

Limit Transition: The Bucks generate 21 percent of their offense from transition, second most in the NBA. That’s one out of every five possessions they’re looking to push off a steal or a miss (or even a make). The rebound-and-run ability of Giannis, who leads the league in defensive rebounds, makes them a nightmare to organize against while they devote so much attention to stopping his freight train drives.

How do you limit a transition attack? One way is to continue to sprint back, communicate matchups, and make sure there are no open lines to the rim for the Greek Freak or his streaking teammates. The other is to take great care of the ball on the other end, through careful passing and excellent shot selection. If the Celtics are shrewd and calculated and value possession against the length of Milwaukee’s defense, they set themselves up for a strong defensive performance by eliminating the Bucks’ transition onslaught.