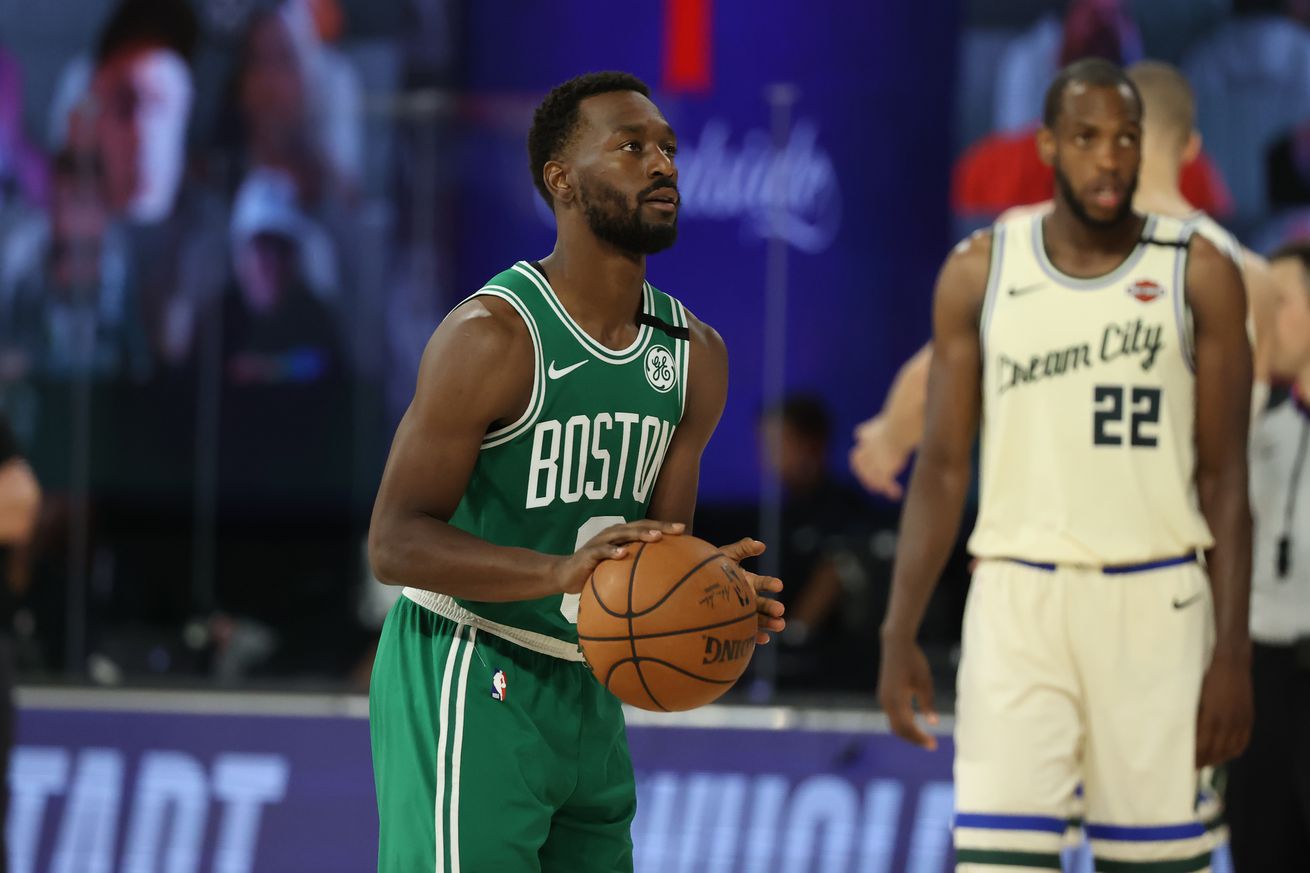 It was a positive performance from Walker, who is dealing with a nagging knee injury.

Kemba Walker was in an unusual predicament with the game on the line late in Friday night’s matchup between the Boston Celtics and the Milwaukee Bucks.

Walker had orders to sit and watch from the bench.

It was all part of a plan devised by the Celtics from the get-go for Walker, who was playing on a minutes restriction as Boston is cautious with giving him a full workload right away due to a nagging left knee injury that made him miss double-digit regular season games prior to the NBA’s hiatus.

And with the Celtics closely watching their star guard’s minutes, there was no way for Walker to get back into the game even for just a minute in crunch time even though he wanted to.

“Nobody would listen to me so it didn’t really matter,” said Walker with a laugh. “I knew I wasn’t going back in. It was set.”

Kemba Walker acknowledges that he tried to lobby his way into game in fourth quarter: “No one would listen to me so it didn’t matter (laughs).”

Brad Stevens says he wasn’t tempted to put Kemba Walker back in late in the game. Says he was going to keep Walker on his 20-minute limit.

Walker did play 19 minutes in the 119-112 loss to the Bucks and looked sharp out on the floor in his limited action by scoring 16 points on 5-of-9 shooting. Walker did the majority of his work in the first half as he only played seven minutes in the second half and was taken out of the game for good with 5:24 left in the third quarter.

Walker didn’t seem hampered by his knee, able to cut and drive past defenders while also able to create separation to get off not only his strong mid-range jumper, but also his shot from beyond the arc. All five of Walker’s field goals came from at least 13-feet away from the basket.

“It felt very normal. It felt good,” Walker said. “I felt very comfortable out there.”

There certainly seemed like there was a sense of frustration from Walker to not able to help his team out more, especially when it mattered most, in its return to meaningful game action. Walker had over four months to rest up his knee and still having to adhere to a minutes restriction at the outset of the return to NBA games is probably getting under Walker’s skin even though he hides it pretty well.

Walker’s trying to look into the future like the Celtics are trying to do. Boston wants to ensure Walker is as close to 100 percent for a playoff push. Walker is on the same page, but it isn’t always easy to sit and watch when he’s so used to being out there on the court.

“I knew what I was coming into,” Walker said. “I just got to stay positive and just keep on knowing that it’s all about the bigger picture. My minutes will gradually go up game by game depending on how my knee reacts after every game. I’m feeling good and I’m looking forward to practice and learn from my mistakes and then get to Sunday and play another one and be better.”