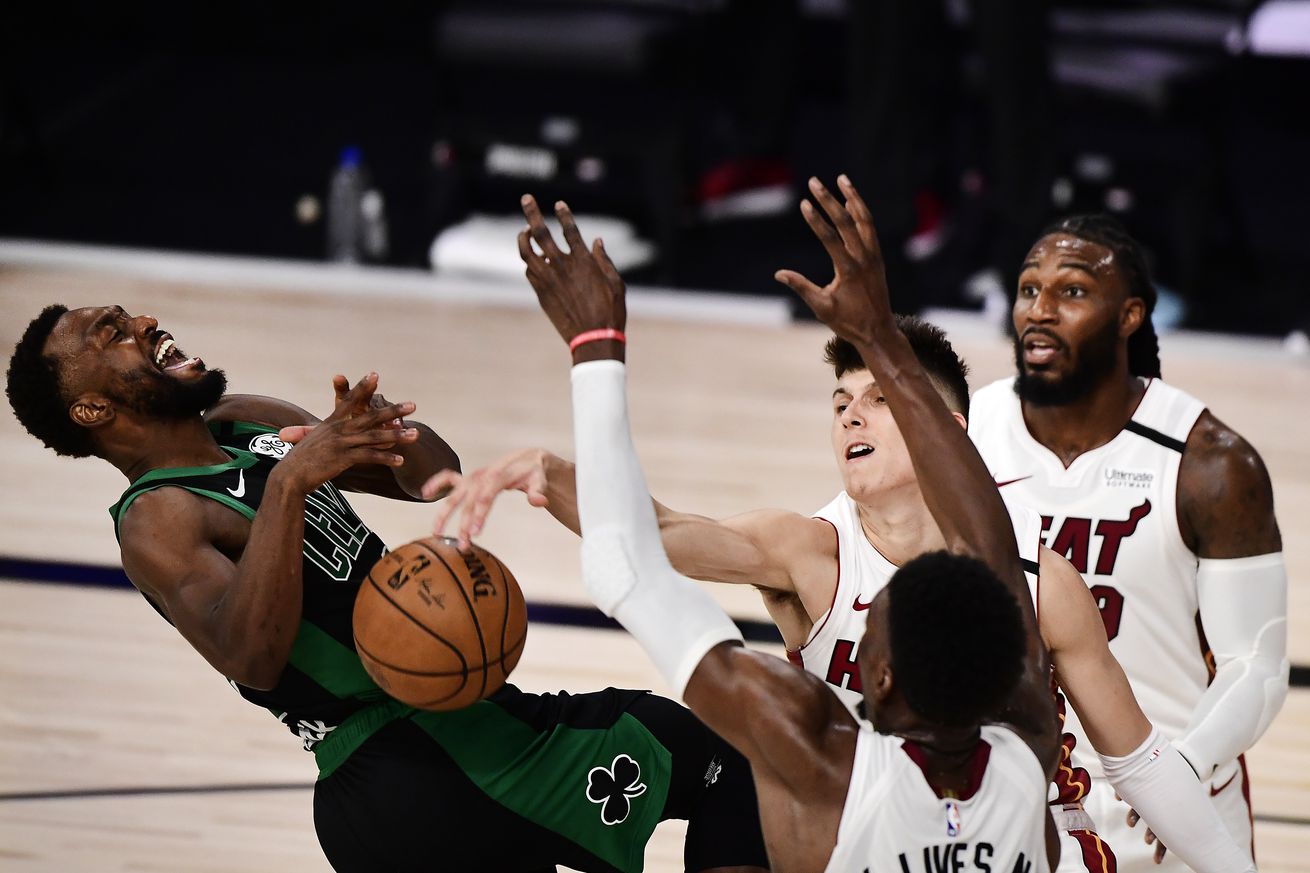 The game appeared in hand at multiple points, but Miami’s resilience proved enough to overcome Boston’s efforts with a 117-114 win in Game 1 of the Eastern Conference Finals.

It was a game that fluctuated from quarter to quarter. When the final buzzer sounded, a lead as high as 14 couldn’t save the Boston Celtics from the plays made by Miami’s All-Star duo, resulting in a 117-114 loss in Game 1 of the Eastern Conference Finals.

Boston ended the first quarter up eight thanks to a combined 18 points and four 3-pointers from Marcus Smart and Jayson Tatum. The perceived advantage Miami held in the paint heading into this series was nonexistence early, as Bam Adebayo was just 2-of-7. However, it accrued over the remainder of the game in the form of a 48-26 edge in paint points overall.

The Heat fought back with a 37-point second quarter spearheaded by Goran Dragic’s 13 points to lead by as many as six before entering the half tied. A zone defense limited Kemba Walker to no makes on four attempts in the quarter, including an 0-of-3 mark on triples. He was picked up by Brad Wanamaker’s nine points.

Smart put in another 12 points in the third and Boston closed the third on a 13-2 run to enter the fourth up 12.

Having once again climbed back thanks to two timely threes by Tyler Herro, Jimmy Butler put Miami up one with a clutch 3-pointer in the final 30 seconds. Derrick Jones Jr.’s foul before the ensuing inbound allowed Tatum to tie the game at 106 before a missed triple by Boston’s leader sent the game into overtime.

In a memorable back-and-forth, a patented step-back jumper from Kemba gave Boston a lead before Butler took it right back with an and-one layup. With the chance to once again determine the Celtics fate at the end of the game, Tatum’s dunk attempt was rejected by All-Defensive Second Team member Bam Adebayo right at the rim.

Miami was led with 29 points from Dragic followed by Jae Crowder’s 22 on five threes. Butler ended with 20. Herro was one assist shy of a triple double.

There was plenty of good in this game for the C’s, like Smart’s 26 or Brad Wanamaker’s five steals, and also a lot of ugly like the vaunted trio of Tatum, Walker and Jaylen Brown combining to shoot just 22-of-57 from the field while the two All-Star were 5-of-21 from beyond the arc.

They’ll have to reconcile with it all in the coming days before they have a chance to get even with Game 2 set for Thursday night.