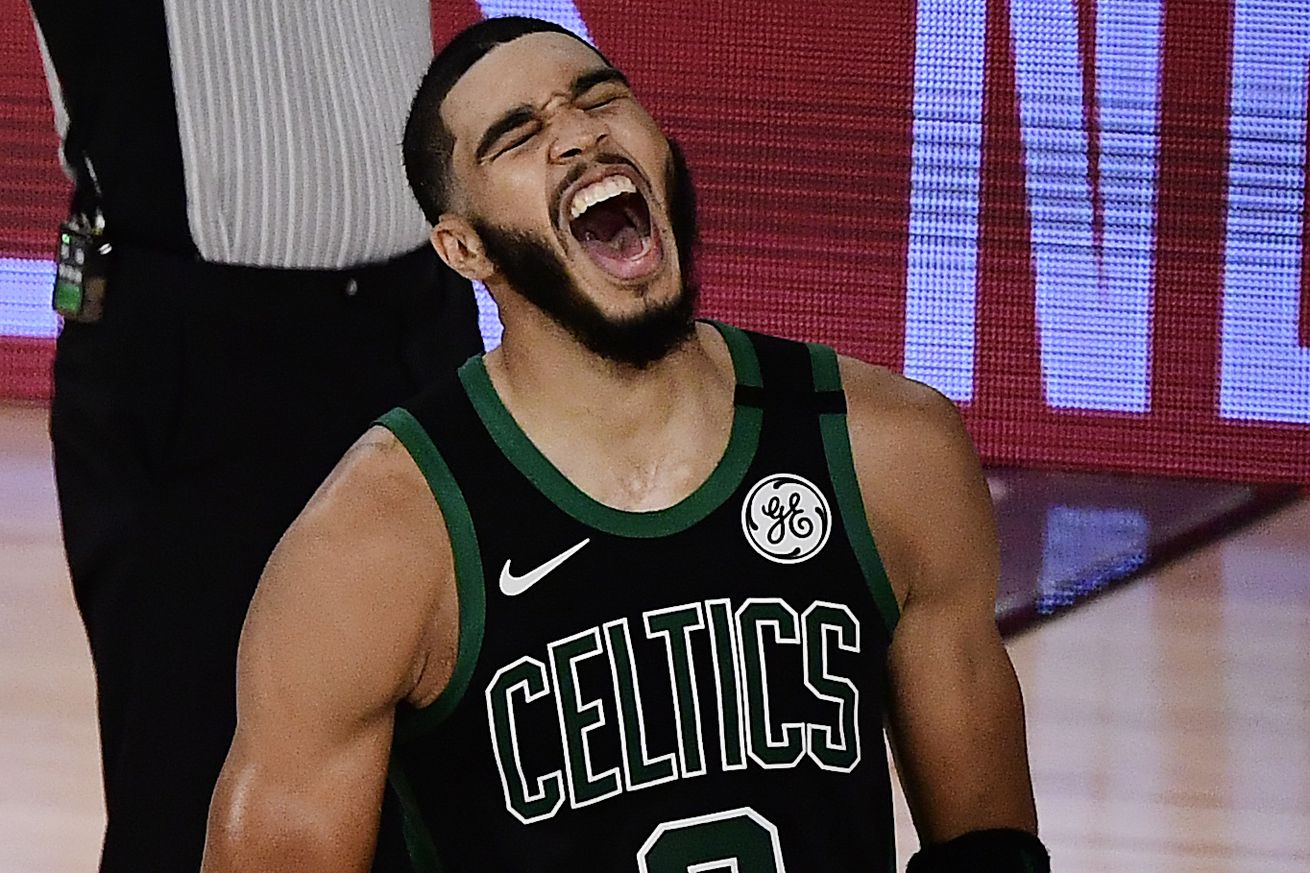 Pascal Siakam barely edged him out for a Second Team spot.

Jayson Tatum’s ascension to superstardom as the best player of the Boston Celtics just got another boost as Tatum made his first career All-NBA team as a part of the third group of players as announced by the NBA.

This season, Tatum averaged a career-high 23.4 points, a career-high 7.0 rebounds, and a career-high 3.0 assists on 45% shooting from the field, 40.3% shooting from the 3-point line, and and 81.2% from the free-throw line. The height of Tatum’s regular season powers came in the month of February when he earned Eastern Conference Player of the Month en route to averaging 30 for the month. That was when he ascended, and after entering The Bubble™️ and leading the Celtics through the playoffs, he hasn’t stopped since.

This is just the first All-NBA selection for a superstar who’s well on his way to making this team for the rest of his career, but it’s tough to not note the narrow gap by which Toronto Raptors forward Pascal Siakam narrowly edged out Tatum for an All-NBA Second Team selection.

Siakam was already on the regular season decline after a really hot start to the season, and those issues were massively exacerbated once the playoffs began after a pedestrian series against the Brooklyn Nets and a disaster of a series against the Boston Celtics in which all of his teammates stepped up. Siakam is a great player, and he played really well in last year’s playoff run and to start this season, but Tatum was already a second-team contender early in the season. As Siakam started to cool off, Tatum went supernova. Tatum was the leading vote getter among Third Team selections, and trailed Siakam in total points 168-153. Someone gave Siakam a first-place vote. Yeah.

At least Tatum made Celtics history for the 87th time in the last three weeks:

At 22 years old, Jayson Tatum joins Ed Macauley as the youngest Celtics ever to make an All-NBA team.

This likely will be a small asterisk on a career in which Tatum will make many First and Second Teams, but it’s hard to ignore in the moment. As for right now, the Celtics will need Jayson Tatum to play like an All-NBA First Team talent to get them into the NBA Finals and hopefully to Banner 18.

The Boston Celtics (0-1) will take on the Miami Heat (1-0) in Game 2 of the Eastern Conference Finals (sorry, I just got triggered into a flashback there) on Thursday at 7PM EST on ESPN.