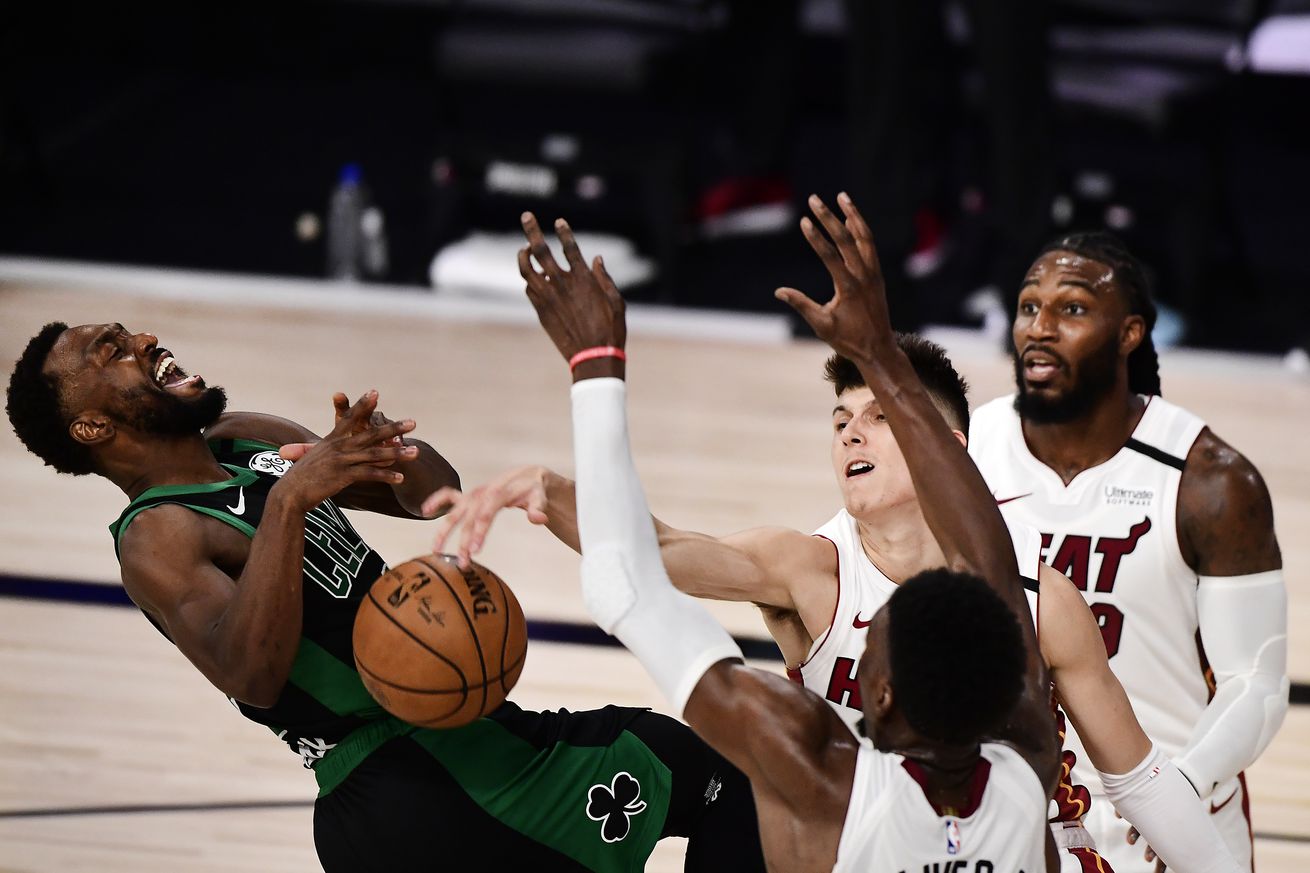 The offensive slump for Kemba Walker continued in Game 1 of the Eastern Conference Finals.

Kemba Walker picked the wrong time to go into a shooting slump.

Walker’s struggles from the Celtics’ seven-game slugfest with the Toronto Raptors carried over into Game 1 of the Eastern Conference Finals as he was ineffective offensively in a 117-114 overtime loss to the Miami Heat Tuesday night.

Walker didn’t have his shooting touch again as he made just 6-of-19 attempts to post 19 points along with six assists, three rebounds and three turnovers. It was the third straight game that Walker had double-digit shot attempts, but failed to shoot better than 32 percent from the field. The All-Star point guard is certainly frustrated over his poor performances.

“I’m just playing terrible, to be honest,” Walker said. “Not much I can say, but I just got to be better. I have to do better for the team on both ends of the floor. I got to make better decisions, just have to make shots overall.”

Walker’s shot was off from the outset in Game 1 as he made just a single basket on seven attempts in the first half. Walker, who usually splashes in 3-pointers by pulling up after a high screen is set for him, has been dreadful from beyond the arc, a trend that now extends for seven games.

Here are Walker’s numbers on his 3-point attempts over that span:

Walker is just 10 for his last 49 (20.4 percent) on shots from beyond the arc. In eight of 12 postseason games, Walker has hit one or fewer 3-pointers. It’s staggering to see the level in which Walker has struggled from deep in the playoffs after knocking down 38.1 percent of his triples in the regular season.

And despite all of his recent offensive shortcomings, Walker still made a few clutch baskets when the Celtics needed him to against the Heat. Walker went 4-for-8 from the floor in the fourth quarter and overtime and gave Boston the lead with just under 25 seconds remaining in the extra frame when he swished a step-back jumper in the face of Tyler Herro.

Walker had that patented step-back jumper of his going late. Maybe it’s a sign that’s he unlocked something in his offensive game. He sure could use it because in his first deep postseason run of his NBA career, things can’t be going how he envisioned.